Antonio Conte has hinted that he needs to add more quality to his Tottenham squad after seeing his side come out on top in a dramatic 4-3 win against Leeds on Saturday.

Spurs fell behind three times to Jesse Marsch’s side, but clawed their way back into the game thanks to goals from Harry Kane, Ben Davies and Rodrigo Bentancur, before the Uruguayan midfielder netted a later winner with his second goal of the game.

The goal sparked wild celebrations from both the fans inside the Tottenham Hotspur Stadium and on the Spurs bench, as Conte and his staff showed their relief in getting the three points. 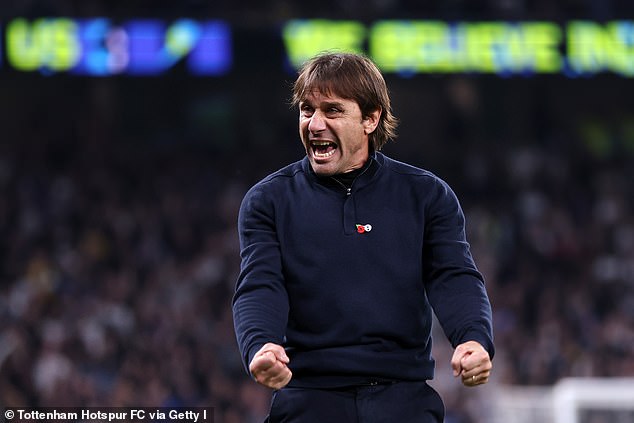 After the game the Italian boss shared his joy in getting the victory, but admitted his side still need to get their recruitment right if they are to compete with the biggest sides, and for the biggest trophies.

‘You know very well that i you want to be considered title contenders to win a trophy, you need players with great quality,’ Conte stated.

‘You see the example of Man City, Liverpool, Chelsea and these teams are really strong.

‘For this reason, when I speak with you I tell you that after only one year, don’t forget that we were playing in the conference league, you need a process. You need time. 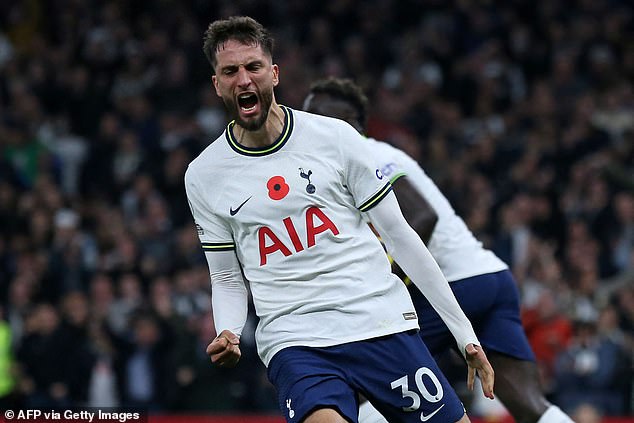 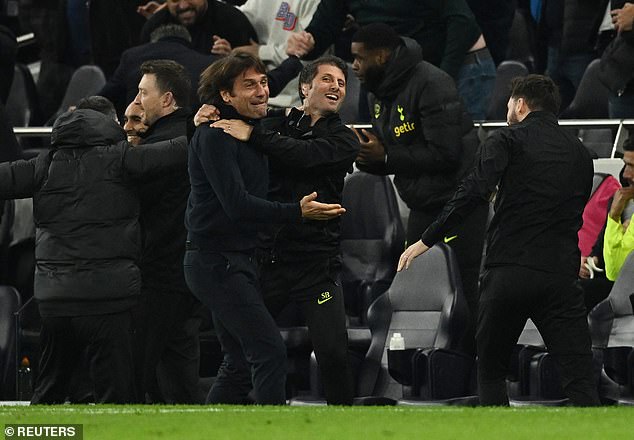 ‘You need patience, you need the transfer market to improve the quality of your squad.

‘Today you have seen the difference to have Kulusevski, Richalison. It’s important for me the coach to work with these players. If you see the improvement of Rodrigo and Hojbjerg, it’s huge.

‘This needs to be matched though with improving the squad if you want to fight for something important.’

The win took Spurs back up to third place, leapfrogging Newcastle before their late kick-off against Chelsea and Conte was pleased with how his side dug deep and got themselves back into the game on three separate occasions.

He added: ‘I think this game made many many people very happy. 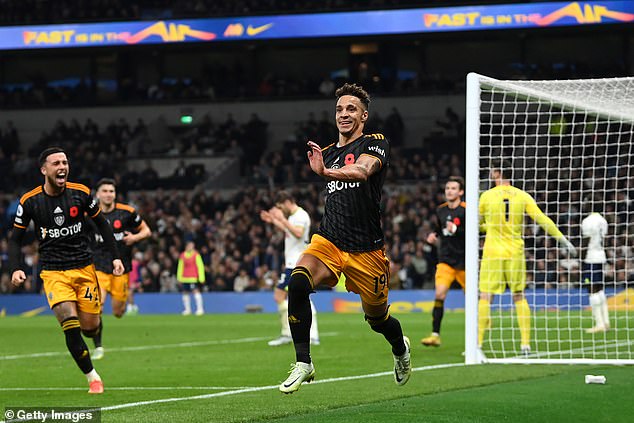 ‘I think if you’re in the stadium you’ve seen a 4-3 score, with attractive football. It’s fun, but you know if I have to see the positive aspect for sure my players showed me in this period the character.

‘In a lot of games we were losing and then we came back. I think we showed great character, desire and great will not to give up, to believe in the win.

‘I try every day to transfer this concept. We need to fight and never give up. Never give up is our mantra. This is the positive side. 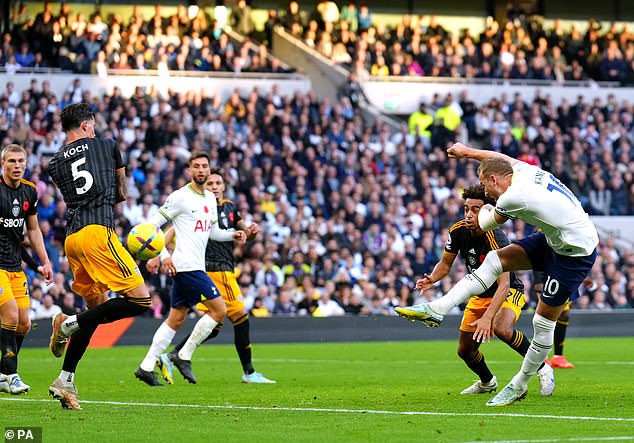 ‘It was impossible to work on the pitch on the tactical aspect. For sure when you don’t work on that you are going to lose something defensively.’