It was only four words, but four words that said a lot about Jose Mourinho’s current attitude towards his Tottenham squad. “Same coach, different players.” That was the sour response the Spurs boss gave to BBC Radio 5 Live’s Juliette Ferrington, after the reporter noted to Mourinho his previous knack for developing teams excellent at holding on to leads.

Spurs haven’t got that quality. At all. They’ve lost 11 points in the last 10 minutes of Premier League matches alone this season, dropping 15 from winning positions overall.

The 2-2 draw with Newcastle at St James’ Park on Sunday was the latest match in which Spurs led for a long period but failed to win, as the north Londoners squandered a chance to move beyond Chelsea into fourth.

Mourinho said post-match: “There are mistakes which I probably shouldn’t even call mistakes because they are related to qualities that players have.”

It’s hardly the first time the 58-year-old, who bemoaned his team’s “instability” in the north east,  has hit out at his own players. He’s done it time and time before throughout his managerial career, most notably at Chelsea, Manchester United and Real Madrid.

It is all part of Mourinho’s managerial psyche, one that worked so well for him a decade and longer ago but more recently has seen his abilities questioned – has he still got it? Has the game moved beyond the defence-minded tactician? 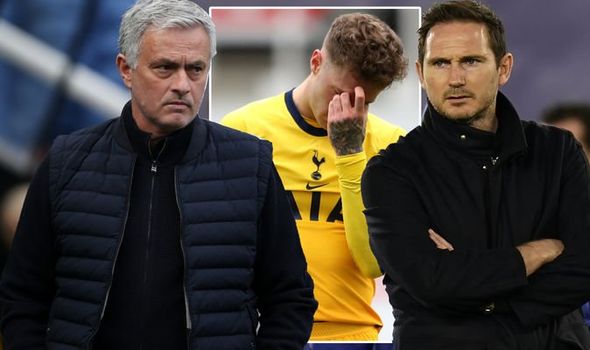 Earlier this season Spurs looked braced for a Premier League title challenge, Harry Kane and Son Heung-min surprisingly thriving off of Mourinho’s sit-and-counter tactics, but they’ve generally been on the slide since December.

A run of five straight wins across February and March made it look as though Spurs had turned a corner, only for them to lose to Arsenal in a terrible derby performance and crash out of the Europa League in humiliating fashion, losing 3-0 to Dinamo Zagreb in Croatia after amassing a 2-0 first-leg lead.

And now the Newcastle debacle. The Premier League is the only way for Spurs to qualify for next season’s Champions League and they still have to face Manchester United, Everton, Manchester City and Leicester in the last eight games. It’s an almighty task for them to do so, especially when they’re this defensively vulnerable.

Mourinho looks as though he might be heading for the same fate Frank Lampard suffered at Chelsea back in January, even though he can win the Carabao Cup against City at Wembley on April 25, which would be the club’s first trophy since 2008.

Yet a League Cup triumph may not be enough to save him from Daniel Levy’s axe if Spurs finish outside of the top four given the manner of their decline. 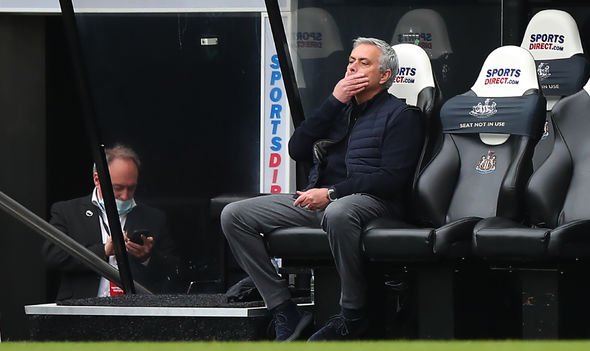 One of the major contributing factors to Lampard’s sack by Chelsea was the change in atmosphere at Stamford Bridge, the dressing room environment having begun to turn toxic – albeit not for the first time in recent years. It’s no new trend for the Blues.

The manager’s criticism did not go down well with some members of the Chelsea squad and Lampard was even likened to Mourinho, who does not shy away in publicly condemning players when he feels it necessary to do so.

Clearly, the 14-match unbeaten run embarked on by Thomas Tuchel before the 5-2 loss to West Brom on Saturday, shows there was more Lampard could be getting out of the squad.

The same is very much true with Mourinho. Spurs are significantly better than their recent performances suggest, and in Kane have a man who has scored 29 goals and produced 16 assists in 41 games this season.

His brace at Newcastle – to take him to 45 direct goal contributions this term – still wasn’t enough to get Spurs over the line and it’s no wonder there’s speculation about his future with links to Manchester City and United. How much longer will he put up with such mediocrity?

And what must he think when Mourinho is turning the barrel of the gun on his own players? Kane may well even agree in some respects and there is truth to the fact that to an extent, the Portuguese can’t legislate for the individual errors that have hurt his side. Davinson Sanchez had a howler at Newcastle. 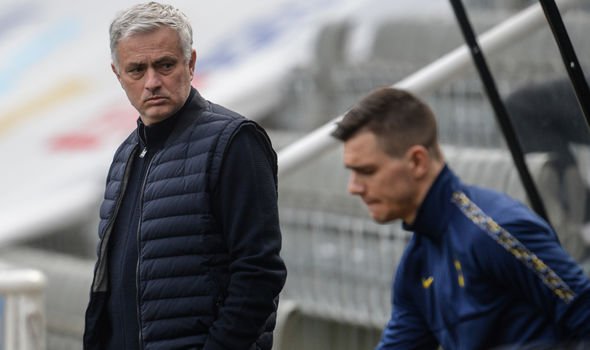 But Kane, Son and Gareth Bale – for a few weeks, at least – aside, Spurs have had too many underperforming players of late and that is on Mourinho’s head. He has a squad good enough for the top four, even if he’d no doubt like to make more tweaks.

He said it himself in the Amazon All or Nothing documentary in conversation with Kane. “You have better players than I had at Manchester United. The club has a lot [of potential] to explode.”

How Mourinho has changed his tune. The public pointing of the finger at his own players isn’t going to help matters whatsoever and is likely only to alienate players at a time when harmony is desperately needed.

Especially ahead of a League Cup final in which Spurs are going to need a totally united effort to get the better of the best team in Europe. It seems pretty far-fetched right now to suggest Spurs can beat City, even if it is only one 90-minute game.

It’s maybe just as fanciful to talk right now about top-four prospects. Chelsea may only be two points ahead but the fixture schedule awaiting Mourinho and co. doesn’t bode well – neither do some of their recent performances.

And if Mourinho ends up out of a job by the start of next season, the bulk of the blame lies at his own feet – not just the players he is questioning. Lampard can relate.