Tottenham were beaten 2-1 by Chelsea on Saturday, after goals from Olivier Giroud, Marcos Alonso, and a consolation Spurs goal courtesy of an Antonio Rudiger own goal. Jose Mourinho’s “negative” tactics have been torn apart by former Spurs and Aston Villa manager Tim Sherwood.

Tottenham appeared happy to sit back for the majority of the match, and try to catch Chelsea on the counterattack.

But, they never really got going in the derby, and Chelsea could have won by a larger margin.

Rudiger’s own goal meant that the scoreline flattered Spurs, leaving Chelsea to go four points clear of Mourinho’s side in fourth.

After the match, Sherwood accused Mourinho of playing for a draw, and making excuses for a poor performance. 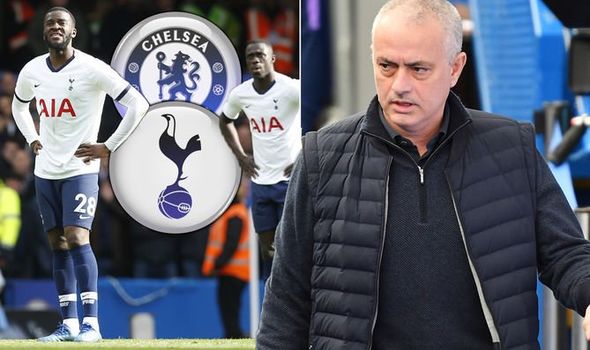 “Tottenham were absolutely disgusting,” Sherwood told Premier League Productions. “They were so bad.

“The negative approach… Yes, they have injuries to Son and to Kane; Mourinho keeps reminding us of that.

“They both got 15 goals last season which is not the end of the world.

“You have to find a different way. As a coach sometimes you can’t say: ‘Oh, we don’t have a striker’, and throw the towel in.

“If you said to Jose beforehand: ‘Would you take a 0-0?’, he would have taken your arms off.

“It’s not about that, it’s a London derby.

“It’s for all of those fans, you need to show more of an attacking intent.” 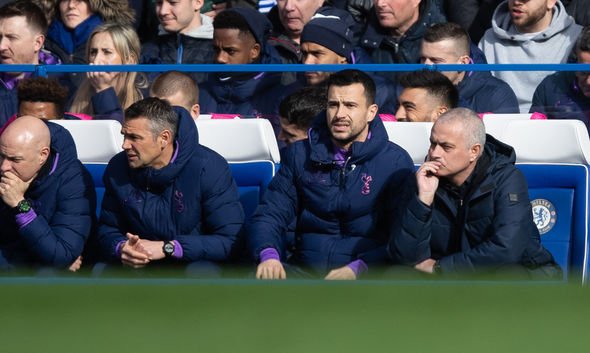 Tottenham had most of the possession at Stamford Bridge, but registered just five shots throughout the tie; three of which were on target.

Chelsea, meanwhile, had 17 attempts on goal, with seven on target.

Without Harry Kane and Son Heung-min, who have both been ruled out through injury, Mourinho opted to play Lucas Moura and Steven Bergwijn as forwards.

But, Bergwijn failed to attempt a single shot throughout the match, while Moura had just two shots.

Mourinho, however, was pleased with his team’s performance, given the injury problems.

After the match, the Spurs boss said: “I have no complaints about my players. That is for sure.

“I think that the only thing I can say is, with what we have at the moment, the power we have or don’t have, the almost unique situation we’re living in at the moment, it’s very difficult to do better – especially when the opponent scores before us.”

Auction launched by Andy Murray's former trainer Dani Vallverdu
Recent Posts
This website uses cookies to improve your user experience and to provide you with advertisements that are relevant to your interests. By continuing to browse the site you are agreeing to our use of cookies.Ok