Tottenham are closing in on a £15million deal to sign Wolves full-back Matt Doherty, according to The Athletic.

Jose Mourinho has been searching the market for an upgrade on French right-back Serge Aurier and Spurs are now in advanced negotiations with Wolves.

The report claims the Molineux club initially demanded a £20m fee for Doherty, but have since lowered their asking price for the 28-year-old. 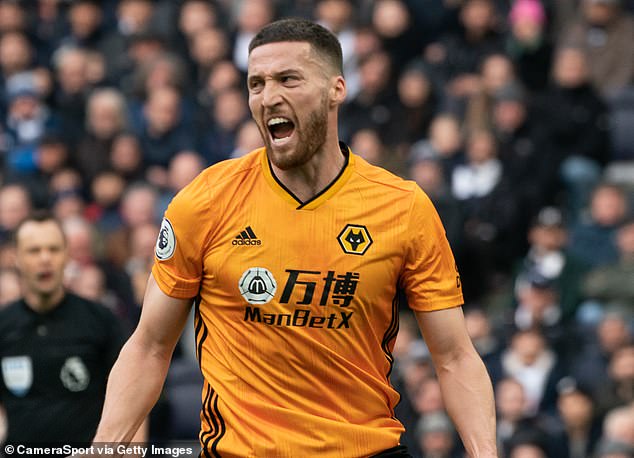 The Irishman, who still has three years left to run on his Wolves contract, was subject of a £12m first offer from Tottenham, excluding performance-related add-ons.

Doherty was part of the Wolves side that lifted the League One title in 2013-14, as well as the team that won the Championship crown in 2017-18.

The Republic of Ireland international has made 302 appearances for Woves in total, registering 28 goals and 41 assists since joining from Bohemians in 2010. 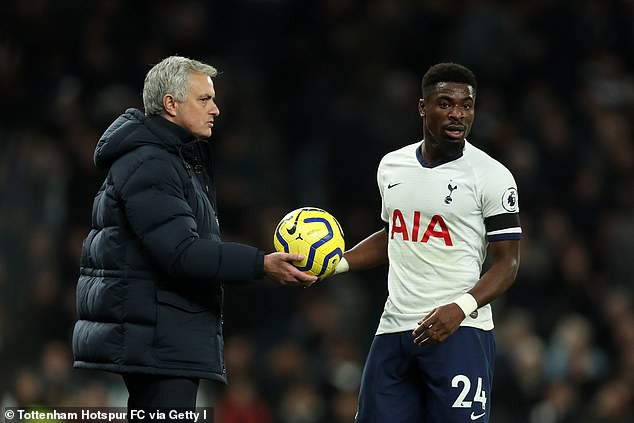 Serge Aurier, who endured a torrid term at Tottenham, has attracted interest from AC Milan

In the meantime, Wolves boss Nuno Espirito Santo is pursuing a deal for Arsenal defender Ainsley Maitland-Niles to replace Doherty.

The 22-year-old Englishman made 32 appearances for the Gunners in 2019-20, providing one goal and two assists.

Doherty could become Spurs’ third signing of the summer after Pierre-Emile Hojbjerg joined from Southampton and Joe Hart moved from Burnley.