Tottenham’s performance against Chelsea was reminiscent of Stoke when they were in the Premier League, claims former Spurs and Potters striker Peter Crouch. Chelsea beat Tottenham 2-1 at Stamford Bridge on Saturday to complete the double over Jose Mourinho’s side. Chelsea dominated large parts of the game and Spurs only grabbed a late goal when Antonio Rudiger turned into his own net.

Tottenham were without Harry Kane and Heung-min Son due to injuries but Crouch believes Mourinho had enough attacking talent remaining to be more offensive than he was.

The BT Sport pundit says the way Spurs set up was similar to how his Stoke teams played when they were in the top flight.

“I’ll be honest I’ve played in systems like this, I’m talking for Stoke City against a Manchester United or against a much better side,” Crouch said.

“This is a Tottenham side full of talent. [Lucas] Moura, [Tanguy] Ndombele, [Giovani] Lo Celso – they’ve got ability to break teams down. 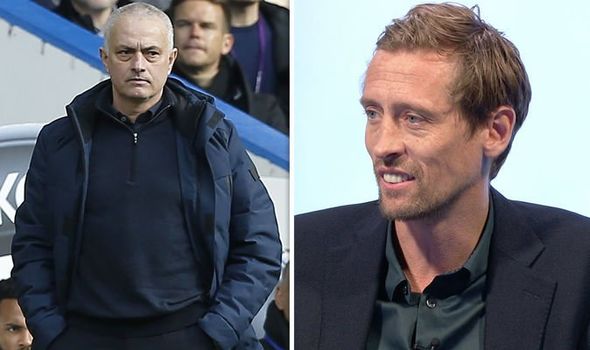 “I don’t feel like they have to play this way. It’s so negative and then there’s no ideas.

“Obviously [Steven] Bergwijn is playing up their on his own, similarly to Dele Alli midweek, he became so frustrated with the lack of [service].

“It’s demoralising, honestly you come off the pitch and feel like you haven’t even played.”

After the match Mourinho once again pointed to a lack of options up front.

“I’m going to say exactly the same words I told against Leipzig.

“I’m very proud of the players, they gave absolutely everything. We don’t have a striker. Our attacking players are not strikers and are in huge levels of fatigue, so very, very difficult for us.

“No tactical problems, [we were] completely in control of the space, punished by a couple of individual mistakes. 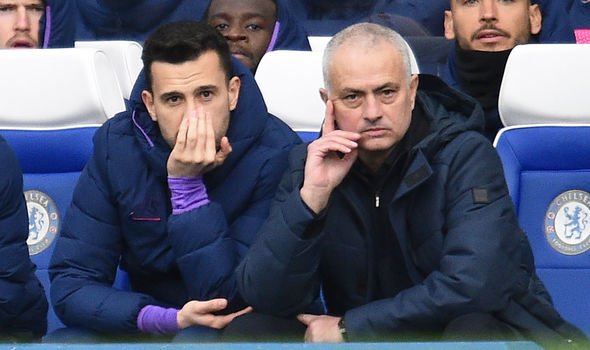 “To create chances you need a target man or fast people that can interchange positions, you need a different dynamic to the team.

“We don’t have a striker and we have tired players, it’s as simple as that.

“We did very, very well. If we score before our opponent, I think we have a chance because we are well organised. But when they score before us and drop back it’s very, very difficult for us.”