Tottenham fell to another defeat in the Premier League as Jose Mourinho’s side lost to Chelsea at Stamford Bridge. And Spurs fans have made it clear they are not happy with the way the Special One set up his team.

Olivier Giroud opened the scoring for Chelsea in the 15th minute after Ross Barkley had hit the post.

And Marcos Alonso made it 2-0 with a fine strike as Frank Lampard’s side picked up a crucial three points as they look to consolidate their fourth place.

Antonio Rudiger put through his net in unfortunate circumstances late on but Chelsea hung on and made sure of the win.

After the match, Tottenham fans were quick to demand Mourinho be sacked as early as tonight. 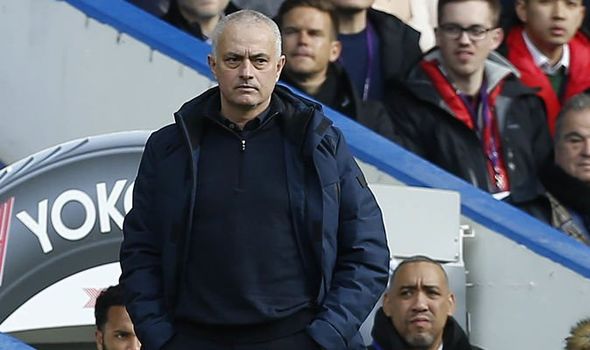 One said: “That’s it I’m done. Get mourinho out of my club now. Sack him tonight I don’t care it’s time to go”.

Another added: “Sack. This is a disgrace. Mourinho out”.

A third explained: “Hopefully they will sack #Mourinho #CHETOT every club he manage he mess it all up!” 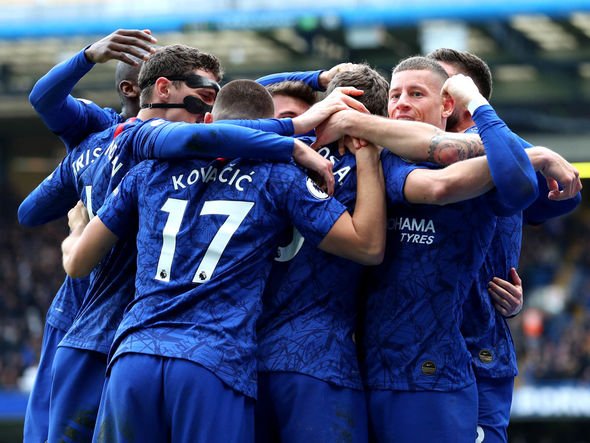 Former Tottenham midfielder Andy Reid does not believe Tottenham did enough in the match against Chelsea.

He said: “The goal comes from Erik Lamela making a forward run past the centre-back and a bit of positivity can bring something.

“Tottenham just have not done enough of that today.

“I think it will be too little, too late, but Chelsea have some defending to do.”

The 2-1 win for Chelsea leaves the Blues four points clear of Tottenham who sit fifth.

Sheffield United and Manchester United could leapfrog Spurs if they win their fixtures this weekend.

The Blades take on Brighton at 3pm today and United welcome Watford to Old Trafford tomorrow in the Premier League.