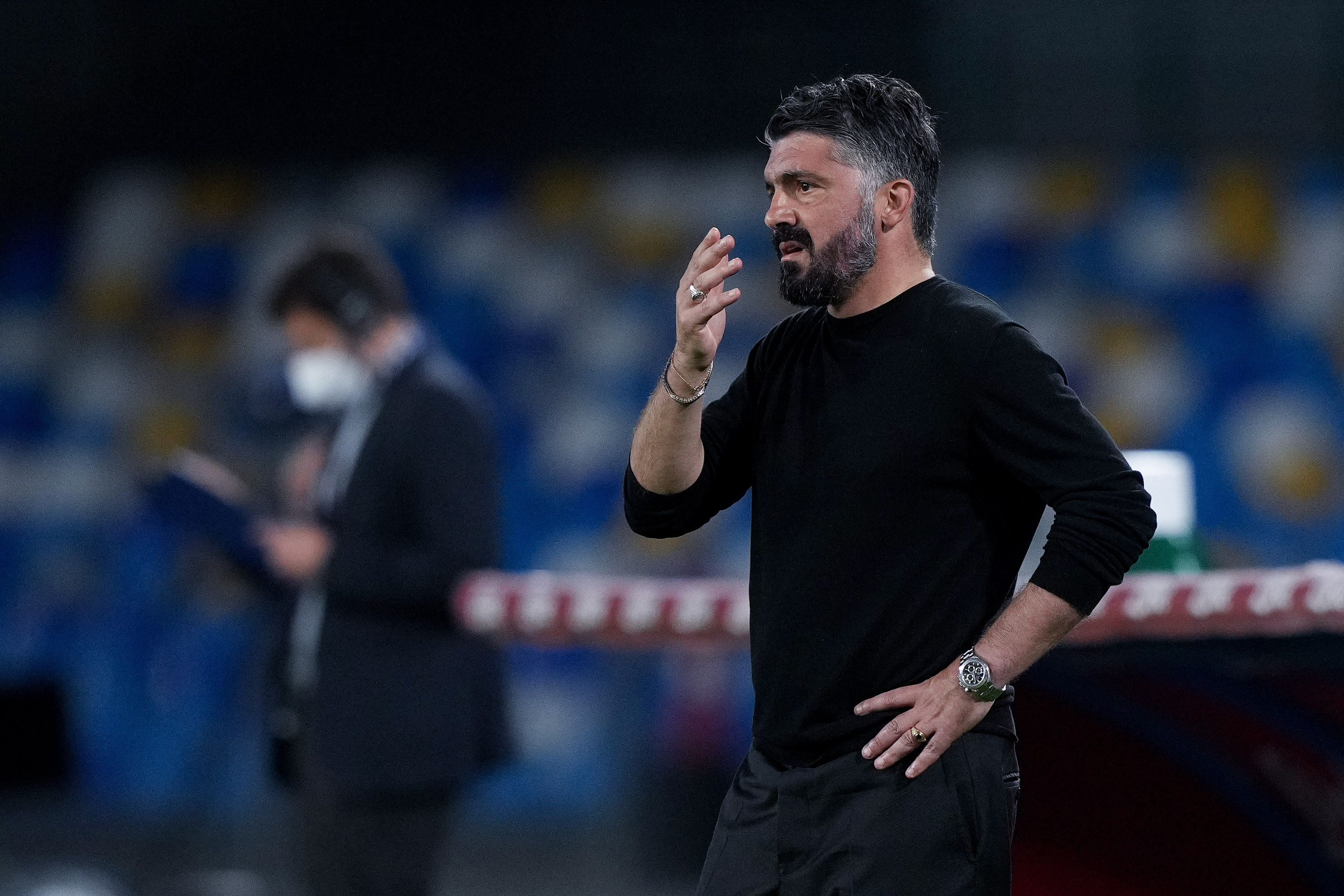 Tottenham have reportedly decided against hiring Gennaro Gattuso as their new head coach after a string of controversial comments he had made in the past resurfaced on social media.

Jose Mourinho was relieved of his duties way back in mid-April and Spurs are still yet to find a replacement for the Portuguese, with former Chelsea and Inter Milan boss Antonio Conte initially the favourite to take over the reins.

But discussions with Conte broke down before separate talks collapsed with Paulo Fonseca, the man Mourinho succeeded at Roma.

Tottenham chairman Daniel Levy was put on red alert this week as Gattuso quit Fiorentina after just 23 days in the job, with the 43-year-old – renowned for hotheadedness both as a player and a manager – upset at the Serie A outfit’s board over transfer targets.

Negotiations between Spurs and Gattuso took place yesterday despite the Italian seemingly failing to fit the managerial profile Levy has been searching for all along, namely an individual with an attacking playing style and someone likely to provide a realistic path into the first-team for young talent.

And according to The Athletic, it quickly became clear that Gattuso would not be Tottenham’s next coach.

Enraged supporters launched a passionate ‘No To Gennaro Gattuso’ campaign on Twitter as soon as it was made apparent that the fiery ex-Italy midfielder was in the running for the position.

The ‘#NoToGattuso’ hashtag began trending as fans brought several of his historic comments and opinions – surrounding same-sex marriage, the role of women in football and racism – to the fore.

‘In-church marriage should be between a man and a woman, even if this is 2008 and everyone can do as they please,’ Gattuso said while representing Italy at the European Championships.

‘I’m someone who has believed in the institution of family since I was a small child and for someone who believes in their religion this [same-sex marriage] is very strange.’

In 2013, Gattuso played down the sickening abuse aimed at ex-Spurs star Kevin-Prince Boateng after the midfielder walked off the pitch due to racist chanting from Pro Patria’s fanbase.

‘I’ve lived five kilometres away from Busto Arsizio for years and that area is full of foreigners,’ Gattuso told Corriere della Sera.

‘There are no racists in Busto. What happened yesterday was the fault of a group of imbeciles.

‘How many times have there been boos against white players in the past? It’s happened to me to, but I didn’t give it any importance.

‘Boateng certainly felt he was offended, but I continue to not see it as racism. It just seems to be the latest episode of collective idiocy from a minority.

‘But if we are convinced that there is a racism problem then strong decisions need to be made. And yesterday’s stance was strong. I, however, continue to believe that Italy is not a racist country.’

Gattuso began his managerial career at Sion back in 2013 and also led Palermo, OFI Crete, Pisa, Milan Primavera, Milan, Napoli before his brief spell with Fiorentina.

In a video message earlier this month, Tottenham chairman Levy urged fans to be patient and suggested much of the speculation surrounding the club’s ongoing hunt for a new manager had been fabricated.

‘What’s been interesting, I mean I must have had about 30 different names from fans,’ he said.

‘Some of the individuals that have been mentioned in the media as apparently rejecting us we haven’t even spoken to, I don’t want to comment on any one individual.

‘Lots of things get reported and all I would say to you is that until we make something official that’s the only thing that fans should believe in.’