Tottenham: New boss will have 'huge impact' on Kane's future

Daniel Levy is still on the lookout for Jose Mourinho’s replacement two weeks after he was originally dismissed.

The Portuguese was sacked last month just 17 months into the three-and-half year contract he signed in North London, with former Spurs midfielder Ryan Mason stepping up and taking charge on an interim basis.

The 29-year-old has won two out of his three matches in charge so far – the most recent being a 4-0 thumping of the Premier League’s basement club Sheffield United.

His only defeat was the 1-0 reverse at the hands of Pep Guardiola’s Manchester City in the Carabao Cup final at Wembley.

Mason is set to remain in control until at least the end of the season as Levy attempts to find Mourinho’s eventual successor.

Two new names are now potentially in the offing to take the reins at the Tottenham Hotspur Stadium come the season’s conclusion. 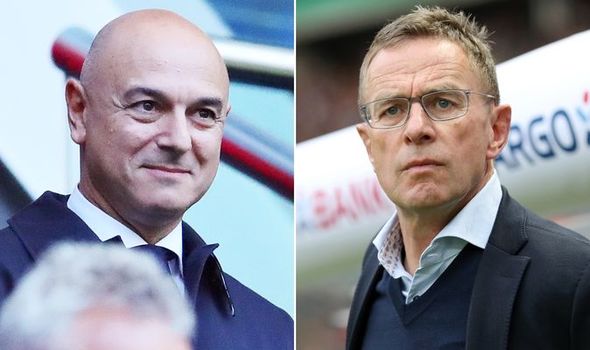 According to the Daily Mail, Rafa Benitez and Ralf Rangnik are both being considered by Levy, with apparent moves for Julien Nagelsmann, Erik ten Hag and Brendan Rodgers having failed to come to fruition.

Both would bring plenty of experience to the role.

Benitez has held three jobs in the Premier League so far with Liverpool, Chelsea and most recently Newcastle United.

In his time in England, the Spaniard lifted the UEFA Champions League and FA Cup whilst at Anfield and added to that with a UEFA Europa League success with Chelsea.

He also has two La Liga titles and a UEFA Cup to his name during a spell with Valencia.

Benitez was most recently employed by Chinese Super League outfit Dalian Professional but left by mutual consent in January.

Meanwhile, 62-year-old Rangnik has built an impressive CV in his homeland of Germany, overseeing spells with Hannover 96, Schalke 04, Hoffenheim and RB Leipzig, amongst others.

He twice led Schalke to the German Cup final – winning it once – whilst also securing second place in the Bundesliga.

Rangnik also managed to mastermind RB Leipzig’s run to the German Cup final in 2019, a game they lost 3-0 to Bayern Munich.

Since stepping back from the managerial role, he briefly held a backroom role within the Red Bull group, being named as Head of Sport and Development.

The German has officially been out of work since the summer of 2020.

Reds’ spots up for grabs after poor performance