Tottenham have reportedly offered Sergio Reguilon to Barcelona on loan as Antonio Conte seeks to continue his squad shake-up this summer. Spurs have already added six new faces to their ranks in the current window and are understood to be keen on acquiring further signings, but it seems Conte must first trim his squad.

A mammoth eight players have been told they are surplus to requirements in north London this summer, according to the Evening Standard, and Reguilon is among them. Tottenham now appear to have upped their efforts to offload the out-of-favour left-back, according to reports in Spain.

Mundo Deportivo claim the defender has been offered to Barcelona on loan. The Spanish outlet insist the 25-year-old is currently being considered by the cash-strapped Catalan club, who are understood to have kept his name ‘on the table’ this summer.

The Spaniard made 31 appearances in all competitions for Spurs last season, though injuries interrupted his campaign. Reguilon saw his position then come under threat towards the end of last term as Ryan Sessegnon thrived down the left in the defender’s injury-enforced absence. 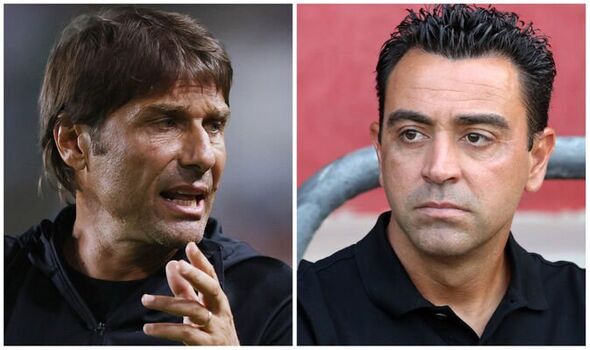 Tottenham also moved to sign the versatile Ivan Perisic on a free transfer from Inter Milan earlier in the window and the Croatian is more than capable of excelling in the left wing-back role within Conte’s preferred 3-5-2 system. Perisic was the first of six arrivals this summer as Spurs sought to freshen up their squad ahead of the upcoming campaign – a campaign in which the Lilywhites will be competing in the Champions League.

Fraser Forster also arrived on a free transfer before Tottenham completed a £25million move for Yves Bissouma from Brighton and splashed out £60m on Richarlison from Everton. Since then, French centre-back Clement Lenglet has joined on loan from Barcelona, while Spurs announced on Tuesday that they had finally completed a swoop for highly-rated right wing-back Djed Spence from Middlesbrough. 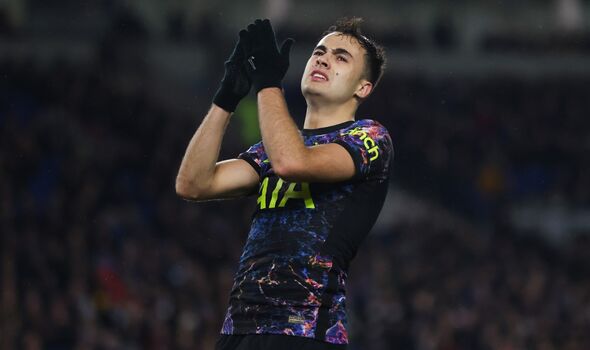 Reguilon is one of a plethora of players expected to depart in the remainder of the window, as Conte aims to cull his squad in order to potentially fund further signings. Harry Winks, Japhet Tanganga, Bryan Gil, Tanguy Ndombele, Giovani Lo Celso, Emerson Royal and Matt Doherty are also believed to have been told they can leave this summer.

Reguilon, who came through Real Madrid’s academy, propelled himself into the spotlight following a successful loan stint with Sevilla, in which he helped the La Liga side to Europa League glory in 2020.The left-back then joined Tottenham on a five-year deal for a fee which could rise to £32m later that same summer.