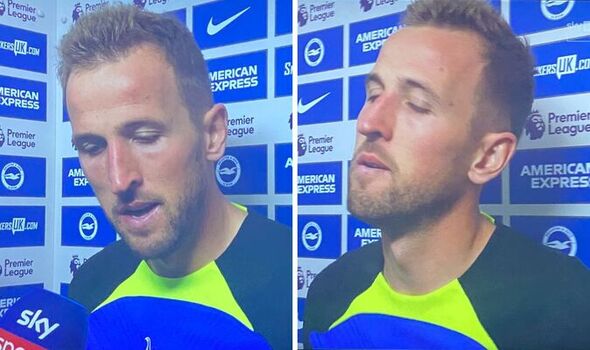 Harry Kane was forced to hold back the tears as he paid tribute to Tottenham’s late fitness coach Gian Piero Ventrone, who tragically passed away in midweek following a short battle with leukaemia. The prolific Spurs frontman dedicated his winning goal to the Italian on an emotional night for Antonio Conte and his side, who ended a difficult week on the right note with a positive result on the South Coast.

The Spurs camp was rocked by the devastating news on Thursday following the 0-0 Champions League draw at Eintracht Frankfurt on Tuesday, meaning preparations for the trip to the Amex – not an easy place to go in itself – were far from straightforward.

However, they regrouped and collectively came together to earn a steely 1-0 win against Brighton courtesy of Kane’s first-half header.

The England captain will have concerned Gareth Southgate when he went down in the final minutes of the match following a strong kick to the calf as he stepped in to block a shot in the dying embers.

But Kane, who was moving gingerly after the full-time whistle after being substituted, has now confirmed he is fine as he took a moment to reflect on the loss Ventrone. 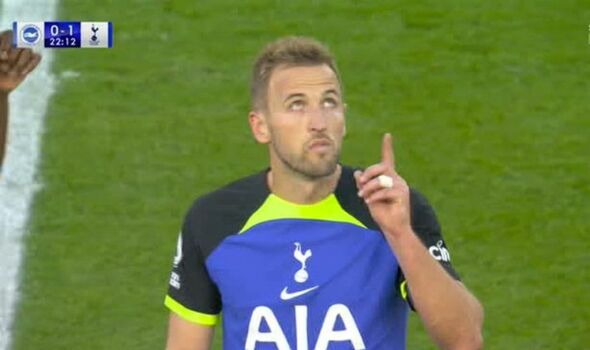 He told Sky Sports: “It’s been a difficult week but yeah… [pausing to hold back the tears] it was very nice to get the win today.

“Definitely [the goal was for Ventrone]. It was a bit of a scrappy goal but when you’re feeling good, it just kind of comes off you and goes in.

“I knew it was close but managed to keep myself onside but really pleased.

“I’m really proud of the boys today, it’s been a tough week and to come here, it’s a really difficult place to go and although we didn’t play as well as we can, we dug deep. Clean sheet from the boys and it was a top performance.”

He then added on the injury: “It’s just a knock. He’s gone full power for the shot there and I just managed to get in front of him. It’s a sore one but they’re definitely worth it when you win the game.”

When told he should expect these questions a lot in the coming weeks in the build-up to the World Cup, he added: “I know, I’m feeling good, lots of games coming thick and fast. Champions League in midweek, we’ve got to recover well and the whole squad has got to be ready to play and keep battling through the games.”

Red-hot Kane has now scored eight Premier League goals this season, netting in each of his last 12 outings – his best-ever streak in the top flight.

Unfortunately, Manchester City goal machine Erling Haaland is way out in front in the race for the Golden Boot having already notched 15 times after Saturday afternoon’s goal against Southampton.

“There’s a long way to go, there’s some top players in the league, I’m feeling good and it’s good to be scoring goals that help the team win,” Kane said on the Golden Boot race.

Ryan Sessegnon also paid tribute to Ventrone before picking up the Man of the Match award following a spirited performance on the left flank.

Tottenham now dust themselves down and prepare for two home matches next week against Eintracht Frankfurt and Everton.

Spurs now sit third in the table after bouncing back from last weekend’s 3-1 north London derby defeat to Arsenal, their only defeat so far of the Premier League season.

England midfielder Kalvin Phillips vows not to lose his discipline