Tottenham defender Davinson Sanchez was slammed for his role in the first goal Spurs conceded in their 6-2 win over Leicester. Harry Kane and Eric Dier got the goals for Antonio Conte’s side, while a penalty from Youri Tielemans and James Maddison got the Foxes back on level terms. A goal from Rodrigo Bentancur and a late hat-trick from Son Heung-min saw Spurs claim all three points in the second half before Sanchez was subbed off on the hour mark.

Tielemans initially had his penalty saved by Hugo Lloris, but the captain was deemed to have been off his line when the spot kick was taken, so the Belgian had another opportunity and took it to give Leicester the lead in the sixth minute. James Justin was fouled by Sanchez inside the box for the penalty in a nightmare period of play for the Colombian.

Sanchez needlessly gave the ball away, before he was rushed out wide and was unable to close his man down and then as play progressed Justin found himself on the edge of the box and prepared to cut the ball back, but he was tripped by Sanchez and the referee pointed to the penalty spot.

Former Spurs midfielder Jamie O’Hara was not impressed by Sanchez’s defending, and questioned Conte’s decision to name him in the starting lineup. “Davinson Sanchez, why is he playing? He is a recipe for disaster,” O’Hara told talkSPORT. “That’s what he is. He will get the team in the trouble, every single week. I don’t know why we keep picking him.” 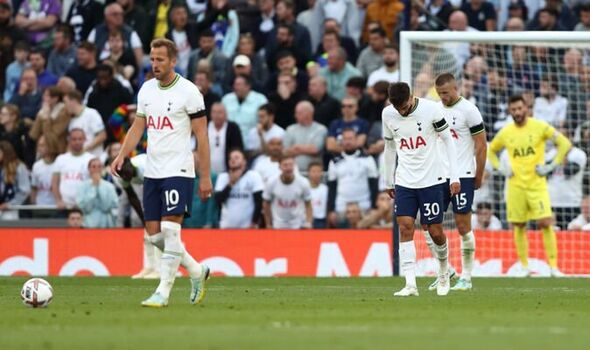 Sanchez was brought into the team as Cristian Romero was given a rest, having not long returned from a knee injury, while Clement Lenglet came in for an injured Ben Davies in a much-changed defence for Conte’s side as the Italian switched Ivan Perisic to right wing-back and Ryan Sessegnon came in on the left.

It is not the first time O’Hara has called out Sanchez however, having launched into both the centre-back and Emerson Royal in February following Spurs’ 3-2 defeat to Southampton. “The defending at the back was shocking,” he told talkSPORT. “Honestly… £45million for [Davinson] Sanchez. £32million for [Emerson] Royal! It’s embarrassing.” 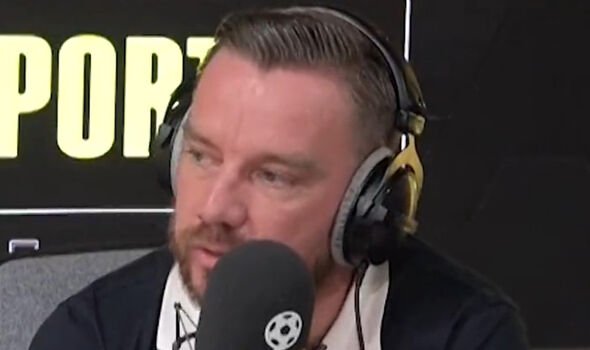 There was little defensive solidity from either side as Leicester conceded twice from corners at the Tottenham Hotspur Stadium. The Foxes remain bottom of the table with Brendan Rodgers unable to fix a problem that has plagued his side since before this season.

“It was a big problem last season,” former Leicester captain Wes Morgan told Sky Sports. “We bought a set-piece coach to try and rectify the errors, this game has definitely not worked. It’s a fantastic ball in and a fantastic header from Dier.

“There’s a severe lack of confidence. Going to games, hoping to get something out of them and not getting the result you wanted is very disappointing. Sitting at the bottom is not where they should be. Looking at the squad, they’re more than capable of getting themselves out of trouble.”

Arsenal's training base to have clean after 'number of positive tests'