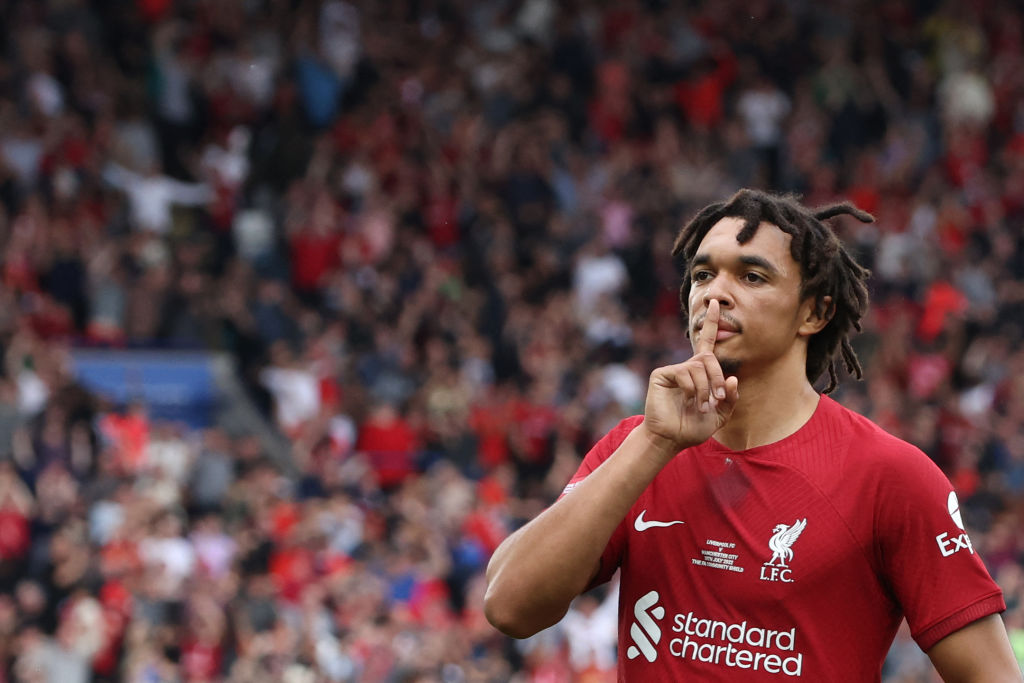 Trent Alexander-Arnold believes Darwin Nunez’s first competitive performance ‘has got to be up there’ in the pantheon of great Liverpool debuts after the club’s record signing helped seal Saturday’s Community Shield win over Manchester City.

The traditional curtain raiser to the new season had been billed as a shootout between the Premier League’s two new gunslingers with Erling Haaland going head-to-head against Liverpool’s £85million signing from Benfica.

City’s new recruit displayed some impressive movement but would have been devastated not to get off the mark after he missed two sitters, the second of which left his new fans dumbfounded when he blasted the ball against the crossbar from six yards with goalkeeper Adrian on the floor and providing a less than formidable obastacle.

Nunez, meanwhile, started on the bench but caused chaos once he entered the fray when he replaced Roberto Firmino just shy of the hour mark,

The Uruguay international was unlucky not to open his account when his dinked finish cannoned into Ederson’s face, but he soon played a key role in winning the penalty from which Mohamed Salah restored the lead just 13 minutes after another debutant, Julian Alvarez, had drawn City level.

Nunez then capped an all-action display by heading home in injury time after Andy Robertson had nodded Salah’s deep cross back across goal.

Alexander-Arnold, who opened the scoring in the first-half, was delighted with the contribution of Nunez, who had put in some erratic displays earlier in pre-season, and credited his new teammate with making a telling impact.

Asked how good Darwin Nunez’s substitute performance was, the England international said: ‘It has got to be up there.

‘He won the penalty, scored a goal and looked very lively.

‘He’s been bought in to score goals and he’s proved he can do that today.

‘He’s a top player, a young player who is willing to learn. He’s bonded well with the lads. He came on with a point to prove.

‘Who knows what will happen over the course of the season? Our aim is to be as fit as possible to push them from the very first kick.

‘This was the perfect start and we hope to win trophies along the way.’

Euro 2022: Can Ada Hegerberg be Norway’s hero? Why winning might require more than just the star’s return