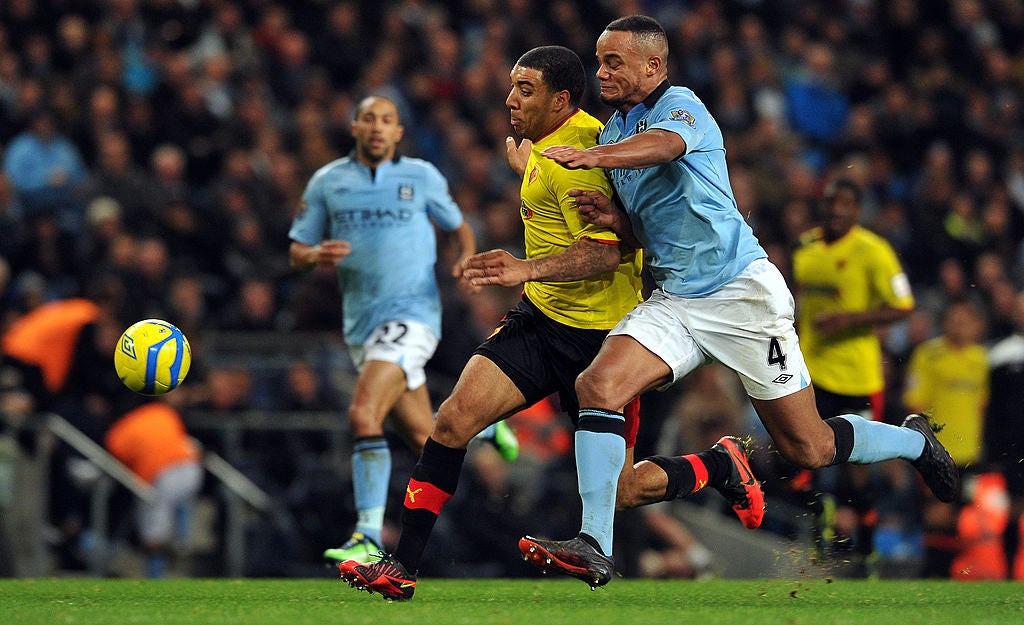 Deeney has opened up on his toughest opponent

“I think he’s just a beast of a human; he’s fast, strong and a great leader.”

Manchester City have struggled to replace the Belgian since his departure in 2019.

Pep Guardiola has been forced to splash more than £100 million on centre-backs Ruben Dias and Nathan Ake this summer in an attempt to fix his defence.

While Deeney also discussed his favourite teammate during his time at Vicarage Road, sharing a surprise name.

“My favourite player to play with is Heurelho Gomes. It’s very strange for a striker saying that about a goalkeeper,” Deeney added.

“He’d been my vice-captain for four or five years and is a great human being.

“He had all the experience at Spurs and in the Dutch league as well.”

Deeney has made just two appearances in the Championship for the Hornets this season, without scoring.