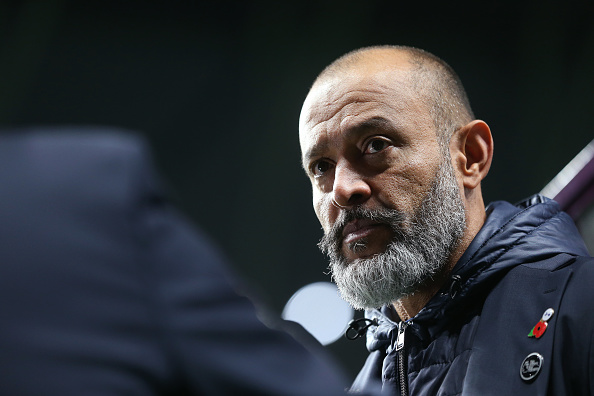 Thomas Tuchel and Ole Gunnar Solskjaer have passed on their messages of support to Nuno Espirito Santo after the Portuguese was sacked by Tottenham this morning.

Spurs’ 3-0 defeat at home to Manchester United proved the final straw for Nuno, with the north London outfit losing six of their last 12 matches in all competitions.

The 47-year-old lasted just four months in the position and leaves with the club languishing down in the eighth place in the Premier League table, ten points adrift of leaders Chelsea.

Widespread reports indicate that ex-Chelsea, Inter Milan and Juventus head coach Conte, 52, is in line to succeed Nuno at the Tottenham Hotspur Stadium.

It’s understood Conte caught a flight to London earlier today and the fiery Italian could be in the dugout when Spurs take on Everton at Goodison Park this weekend.

Asked about Nuno’s dismissal and the potential appointment of Conte at his press conference this afternoon, Chelsea manager Tuchel told reporters: ‘I got the news today that one of my colleagues got sacked which is not good news and never nice to hear.

‘But you will understand that I will never comment on other clubs’ decisions on coaches and I will not take part in any speculation and give comments on that.’

Solskjaer – the last manager to face Nuno – was similarly downbeat when pressed on his counterpart’s sacking as he spoke to the media ahead of Manchester United’s Champions League clash with Atalanta.

‘It is never nice to see men, good men, lose their jobs,’ the Norwegian said.

‘I don’t know the situation at Tottenham so can’t comment too much.

‘But as a colleague you are never happy when that happens.’

Tottenham passed on their best wishes to Nuno and his team in a brief statement confirming his exit on their official website.

‘I know how much Nuno and his coaching staff wanted to succeed and I regret that we have had to take this decision,’ it said.

‘Nuno is a true gentleman and will always be welcome here. We should like to thank him and his coaching staff and wish them well for the future.’