To the surprise of some, Chelsea chose to cash in on young midfielder Gilmour by selling him to the Seagulls for around £9m on deadline day.

Gilmour joined Chelsea from Rangers aged 16 and showed huge promise after being handed his breakthrough by former manager Frank Lampard and then, initially, under Tuchel. 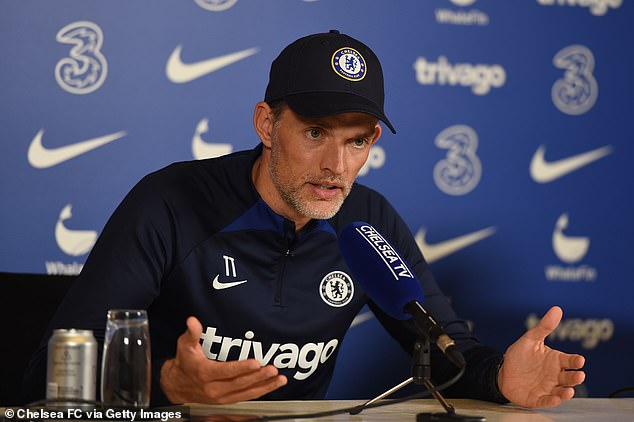 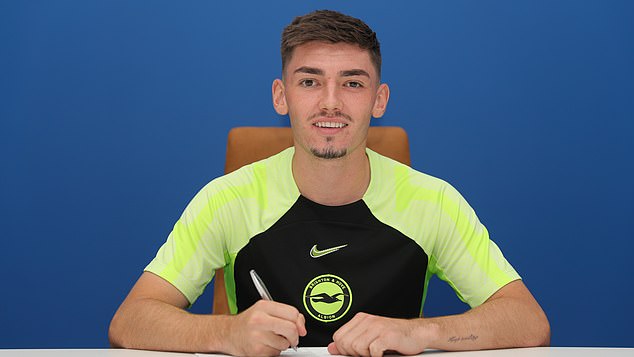 Gilmour, who came the academy in west London, joined Brighton for £9million on Thursday

But Gilmour found himself out of favour under Tuchel following his return from a loan spell at Norwich last season, among the young players dropped down from the first-team’s pre-season tour of the USA to the 23s group and was only handed a first-team squad number this week as Chelsea found their central midfield options depleted.

Chelsea’s owners were initially reluctant to allow Gilmour to leave but eventually had a change of heart and granted him his wish on deadline day.

Tuchel said: ‘We had high hopes and he played for us in the first half-a-year when I was at Chelsea, played some important matches for us and looked for a new challenge that did not go so well for him with Norwich. 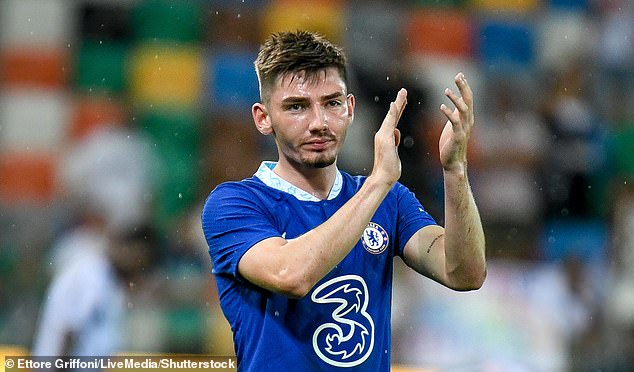 ‘We expected more, he expected more so it was like, without pointing a finger, but it is difficult also for him and for us to not succeed, to not play at Norwich, to be relegated and then suddenly be a central midfielder for Chelsea and competing for top four and for every title.

‘There’s a huge step in between so we were looking. The ideal solution would have been maybe that he goes again on loan as the concurrence is huge for us in central midfield and we felt like he is not the age where he can live again with five or seven or eight matches during a whole season to fulfil his own potential so ideally it would have been another loan. Billy did not want to go on loan, it was a no-go for him so in the end we agreed to a sale.’

The 21-year-old made 22 appearances for the Blues in three years, but has been a regular for Scotland since making his debut last year. 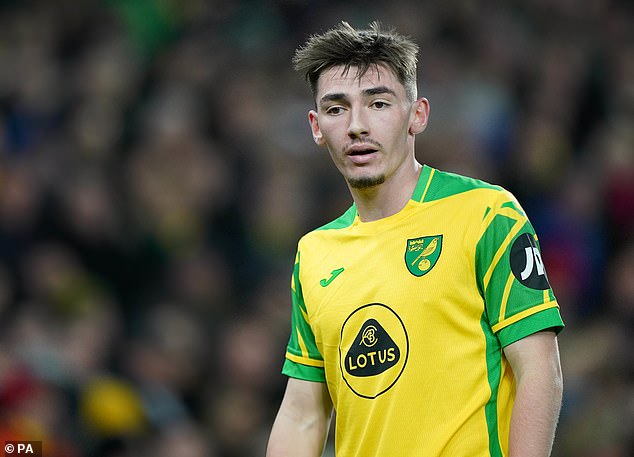