Goals from Arthur and Richarlison gave Brazil a 2-0 win away at Uruguay, who had Edinson Cavani sent off in their South American World Cup qualifiers clash.

Brazil were missing a host of players through COVID-19 and injury, including Neymar, but they were too strong for Uruguay, who have not won in this fixture since 2001.

Arthur got the opener after 34 minutes when his shot from outside the box was cruelly deflected past Uruguayan ‘keeper Martin Campana, before Everton forward Richarlison glanced a header home from a short corner seconds before half-time. 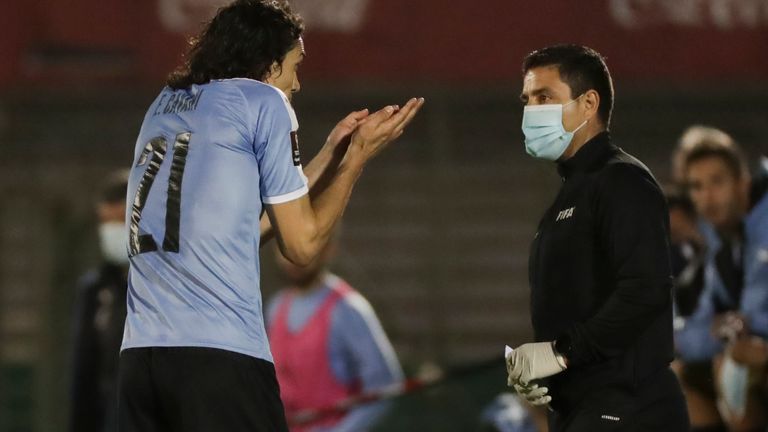 Missing Luis Suarez after he tested positive for COVID-19, Uruguay hit the woodwork twice in the first half but their unlucky night was confirmed when the VAR convinced the officials to send off Manchester United’s Edinson Cavani for a mistimed tackle on Richarlison at 71 minutes.

Uruguay kept battling and Martin Caceres saw his close shot hit the net with a quarter of an hour left only to be disallowed by the Chilean referee.

The win in Montevideo was Brazils fourth in a row in the qualifying stage and ensures they are the only side in the 10-team South American group to have won all of their opening matches.

The qualifiers will restart again in March 2021. 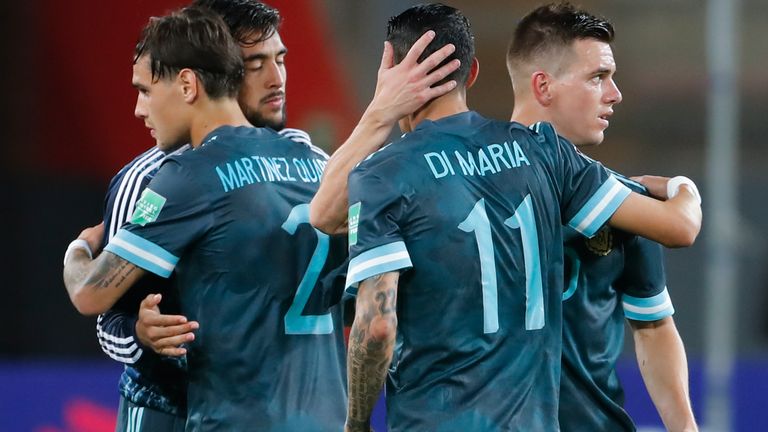 Argentina scored twice in the first half and were unfortunate not to score more in a dominant second as they comfortably beat Peru 2-0 in a World Cup qualifier in Lima on Tuesday.

Nicolas Gonzalez put the visitors ahead with an angled shot in 17 minutes following nice work from Giovani Lo Celso on the left flank, before Lautaro Martinez doubled their lead 11 minutes later when he ran on to a superb pass from Leandro Paredes and rounded the ‘keeper to tap in.

“From the very start we played a great game, the goals came and we created lots of chances,” said captain Lionel Messi. “Happy with the victory, we needed it after the game we played the other day,” he added in reference to their 1-1 draw at home to Paraguay last week. “This is the path we have to keep on going down.”

Peru’s defeat extended their winless run to seven matches under coach Ricardo Gareca, the Argentine who guided them to their first World Cup finals in 36 years last time around in Russia.

IAN LADYMAN: Here we go! Football is back but what have we missed?