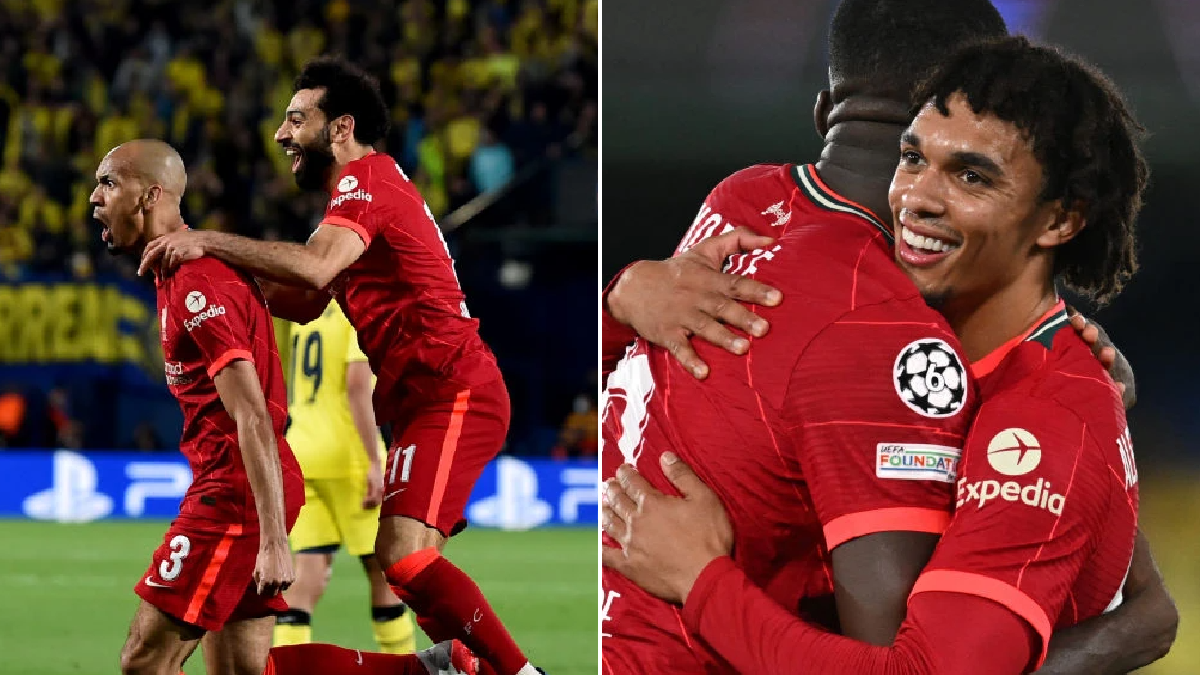 The Merseysiders, who are pursuing the quadruple, saw their two-goal first-leg lead wiped out in the first half in Spain, with Boulaye Dia netting after just three minutes before Francis Coquelin levelled the scores on aggregate shortly before half-time.

Liverpool looked sloppy and lacklustre in the first 45 minutes but came out for the second half fired up, delivering a superb display to book their place in the Champions League final.

Fabinho fired past Geronimo Rulli’s legs to re-take the lead on the hour mark before goals from Luis Diaz and Sadio Mane sealed a 5-2 aggregate win.

Now Alexander-Arnold has revealed that Klopp was far from happy with his side’s performance in the first half and encouraged the side to get back to playing their usual football.

Asked what was said at half-time, Alexander-Arnold told BT Sport: ‘We just needed to play the way we wanted to play. We never played football that first half.

‘We never picked up any of the second balls at all and they kind of played the game that they wanted to – and we allowed them to do that.

‘It was difficult for us, like I say we didn’t play any football, but second half we came out, we played the way we needed to play, controlled the game a lot better.

‘One bad half for us over the two legs, we can concede that as long as we get the job done and we did that today.’

‘Get on the ball, have a lot of movements in the ball but also behind the last line, they have a high line, so with the speed we have we have to mix that up as well.

‘But also we have to show much we really want to go to the final, and that’s how it starts. And second half we dominated and played so well.’