Verona 2-2 Inter Milan: Late strike from Miguel Veloso piles pressure on Antonio Conte as his side lets yet another lead slip away

Inter Milan allowed yet another game to slip from their grasp as Verona snatched a late equaliser to hold them to a 2-2 draw in Serie A on Thursday.

Antonio Conte’s side appeared to have done the difficult part when they came from behind to lead 2-1 early in the second half only for Miguel Veloso to level for Verona with five minutes left.

That means Inter stay fourth with 65 points, having been overtaken by Atalanta after their 2-0 win over Sampdoria on Wednesday, and are 10 adrift of leaders Juventus with seven games to play. Verona are ninth with 43. 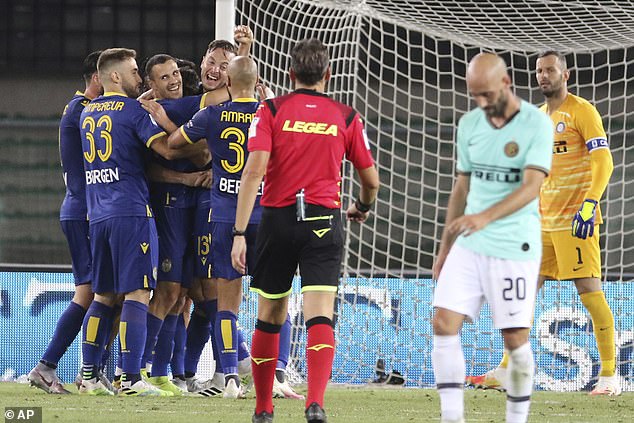 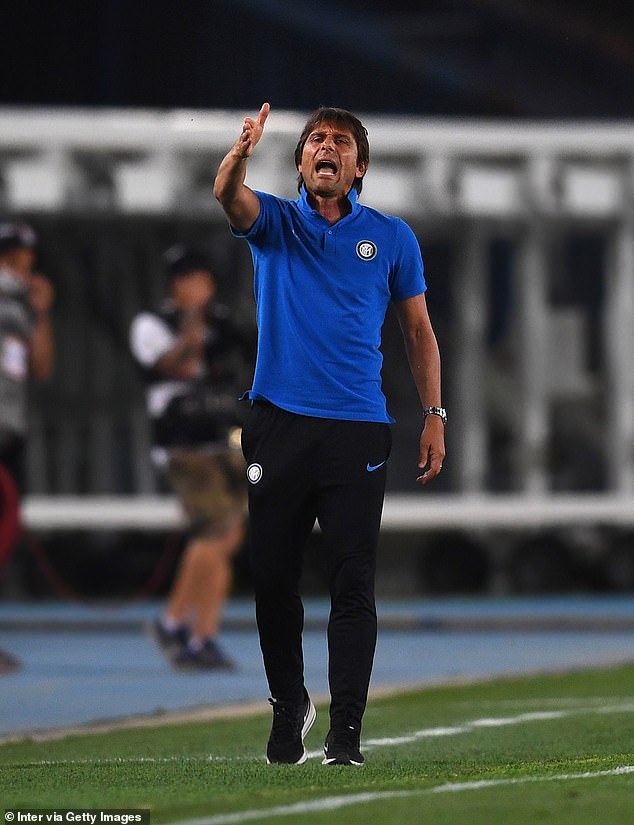 The pressure is growing on Antonio Conte, whose side has let leads slip on many occasions

‘It’s disappointing because we deserved to win the match and instead we have lost more important points,’ said Conte.

‘The fact that we have lost 20 points from leading positions must give us pause for thought. We’ve lost so many points in a stupid way, if we hadn’t, the table would look very different.’

Since the Serie A restart, Inter have been held 3-3 at home by Sassuolo after conceding twice in the last 10 minutes and on Sunday they lost 2-1 to visitors Bologna after leading 1-0 and missing a penalty, a performance which left Conte fuming. 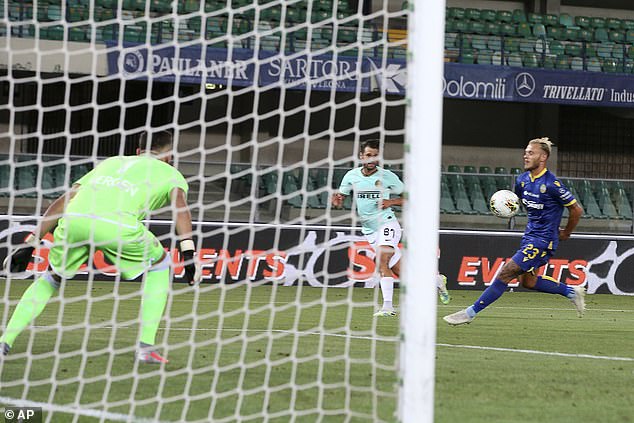 They also got off to a disastrous start on Thursday when Federico Dimarco sent a ball over the top of the Inter defence and Darko Lazovic flew past Milan Skriniar and scored from a narrow angle in the second minute.

It could have been worse as Veloso’s shot scraped the post and Dimarco was close with another effort but Inter survived and turned the game around after the break.

Antonio Candreva levelled four minutes into the second half, scoring from a rebound after Romelu Lukaku’s shot hit the bar, and he was also involved in the second goal six minutes later. 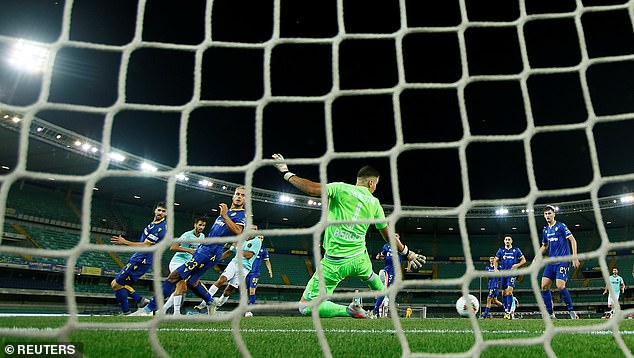 After being released on the right, Candreva’s shot was deflected off Dimarco’s chest and slipped between goalkeeper Marco Silvestri and his near post.

Lautaro Martinez was denied a third for Inter when he broke clear only to denied by Silvestri and Verona seemed to have run out of gas.

But, in a tale that has become all too familiar for Inter, the hosts snatched an equaliser when Amir Rrahmani slipped between two defenders and laid the ball off to Veloso who fired past Samir Handanovic.