Vladimir Coufal says everyone associated with the Czech Republic side stands by Ondrej Kudela, who is being investigated over allegations that he racially abused Rangers’ Glen Kamara.

The incident occurred when Kudela and Slavia Prague faced Rangers in the second leg of a Europa League last-16 tie at Ibrox earlier this month.

Kudela has travelled with the Czech Republic squad for their World Cup qualifier against Wales on Tuesday and West Ham defender Coufal is glad his fellow defender is in contention for the match in Cardiff.

“Of course, everyone from the Czech team stands by Ondrej and everyone is glad that he is here,” Coufal said.

“He is an important part of our squad. Other things that happened, I can’t comment on.

“I think Ondrej is happy he could be here. He is a big professional and for him, it’s no problem.”

Kudela’s club Slavia Prague have vehemently denied the accusations of “vile racist abuse” relating to the game in Glasgow on March 18, but Police Scotland confirmed last week they are investigating the incident.

Police Scotland also revealed they are looking into a criminal complaint filed by Slavia alleging Kamara assaulted Kudela after the match.

ℹ️ Press conference in Cardiff before the #WCQ against Wales.

⏺️ Ondřej Kúdela travelled with the squad and is prepared for the match.
⏺️ Tomáš Malinský didn't travel to Wales.
⏺️ All players from Bundesliga joined the team.
⏺️ The whole squad had a negative COVID-19 test. pic.twitter.com/cw9pytbCbR

Coufal’s attentions will soon switch back to club side West Ham and the prospect of continuing their excellent season in the Premier League.

While the 28-year-old right-back was coy on whether the team will qualify for the Champions League, he was quick to praise David Moyes who brought him to the London Stadium in October. 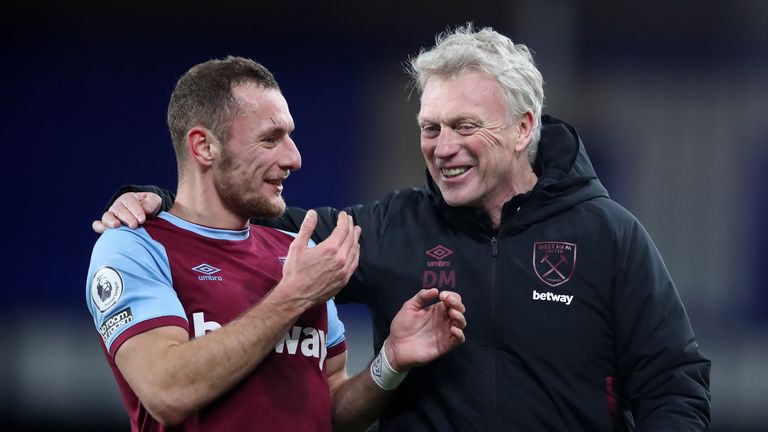 He said: “David Moyes is a big personality for Scottish football and for our Premier League. He is very helpful. Still he is asking about something, what do we need.

“Hopefully, I wish [to qualify for the Champions League]. But we will see. We have to stay with our feet on the ground and we will see at the end of the season.