Ajax’s 13-0 win sets new Eredivisie record; They beat their own record – a 12-1 over Vitesse in 1972; Lassina Traore scored five goals; Jurgen Ekkelenkamp and Klaas-Jan Huntelaar score doubles; Ajax move back to the top of the table Lassina Traore scored five goals as Ajax shrugged off their midweek Champions League defeat by Liverpool to move back top of the table. Jurgen Ekkelenkamp opened the scoring after 13 minutes before Traore hit a double and Dusan Tadic made it 4-0 at half-time.

The home side saw defender Christian Kum shown a straight red card six minutes into the second half, with Ajax then scoring an incredible nine more goals. 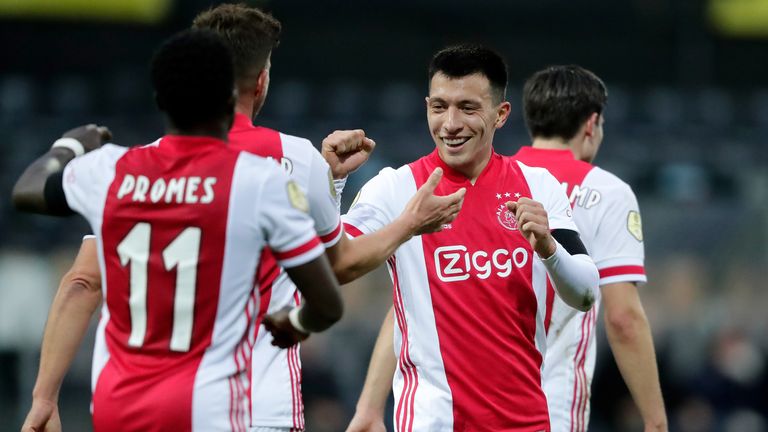 Traore completed his hat-trick in the 54th minute, capitalising on a mistake by beleaguered Venlo goalkeeper Delano van Crooij, with Brazilian forward Antony adding a sixth.

Ekkelenkamp got his second and then Daley Blind scored the eighth on the hour, with Traore making it 9-0 before substitute Klaas-Jan Huntelaar scored twice in the space of two minutes, one from a penalty. The Amsterdam side soon had a 12th through Lisandro Martinez’s long-range effort before Traore completed the rout with three minutes left.

Ajax’s tally bettered their own previous record 12-1 victory over Vitesse in May 1972, and sent them back to the top of the table above PSV Eindhoven. 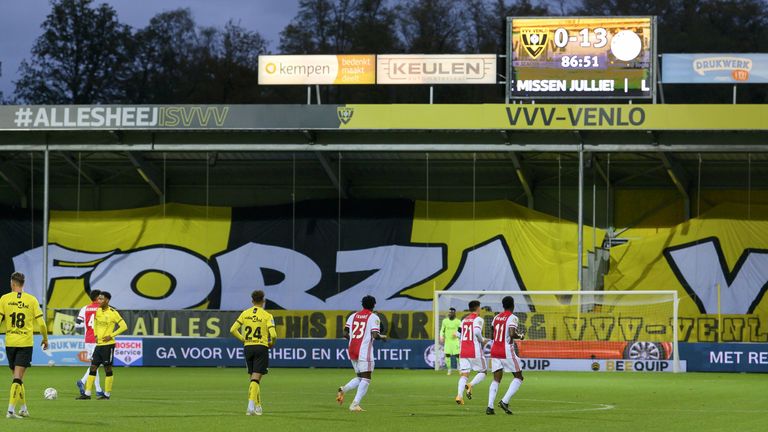 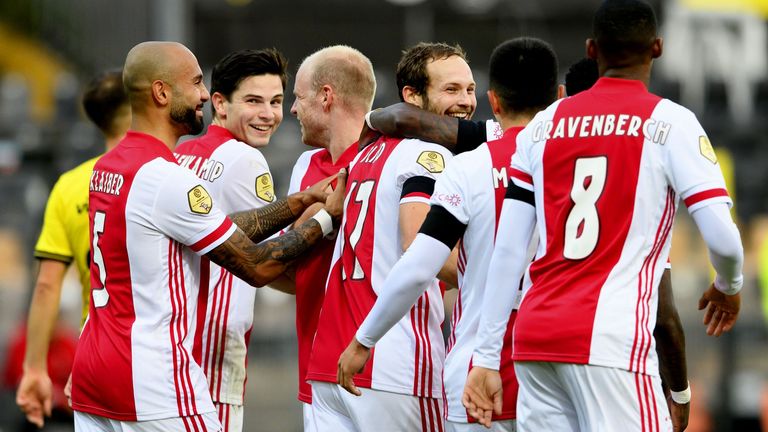 Ajax are the first team ever to score 13 goals in a single Eredivisie game, breaking their own record from May 1972 (12-1 v Vitesse).

The Burkina Faso international scored the most goals in a Dutch top-flight match since September 2019, when Donyell Malen scored the same amount for PSV Eindhoven against Vitesse.

It was the biggest defeat in VVV-Venlo’s history, beating the previous record which was a 10-1 loss to FC Eindhoven in the Eerste Divisie in 1964.