Wayne Rooney insists he is at Derby for the long haul after the troubled Championship club scrapped takeover talks this week.

Last November chairman Mel Morris agreed to sell the Rams to Bin Zayed Group for £60million but with the deal still not complete four months later, Derby decided to walk away.

Rooney, who has steered Derby out of the bottom three since replacing Phillip Cocu last November, would not be drawn on the Rams’ financial position but assured fans it would not affect his future, after he agreed a two-and-a-half year contract in January after a successful spell as interim boss. 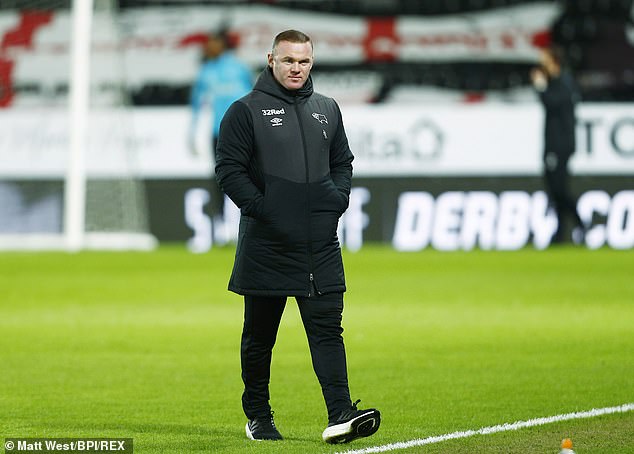 ‘I am here for the long term,’ said England’s record goalscorer. ‘I am not here to mess around or because an ownership deal does or doesn’t go through. In my time here I hope we can get the club to the Premier League.

‘I take the job very seriously and I’m grateful for Derby putting their trust in me. I am confident my way of managing will help the club so I am here to manage the club for a long time.

‘It wasn’t a short-term fix or dependent on a takeover. I signed a two-and-a-half-year deal and that’s what I’m looking forward to doing.’ 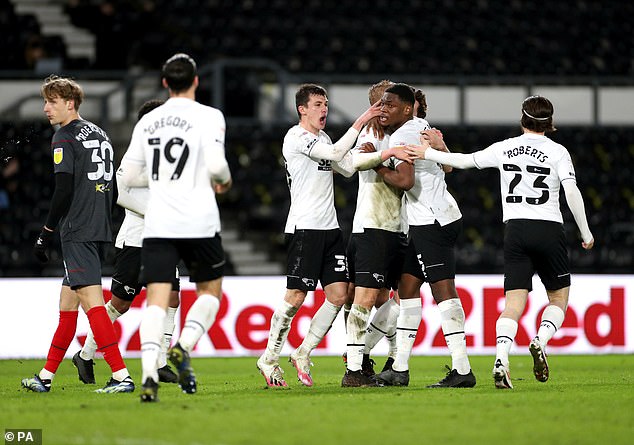 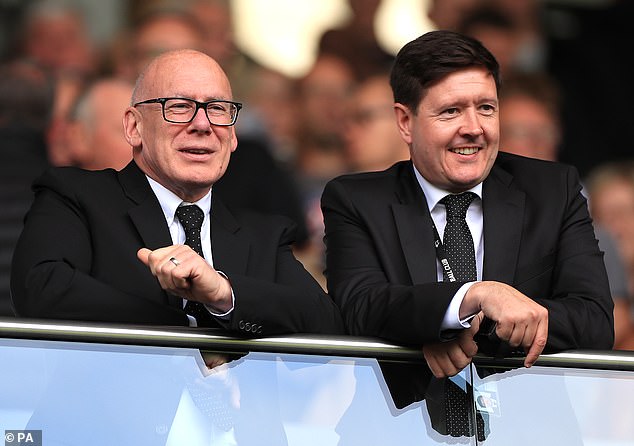 Rooney revealed he had held talks with the club hierarchy since takeover talks collapsed. Derby are now in discussions with at least one other party.

The former Manchester United star added: ‘It is important for me to know these things but questions about the takeover are for Mel Morris directly.

‘I’m aware of exactly what the situation is with the club but these are questions which I’m sure, at the right time, Mr Morris will keep you fully informed on.’

Ancelotti sees red after Calvert-Lewin has late strike ruled out