‘That Aguero goal must’ve got to him!’: Wayne Rooney’s bearded High Court appearance is mocked by former QPR keeper Paddy Kenny, who let in Man City’s title-winning goal in 2012… and reckons he looks better aged 44

Paddy Kenny has taken to social media to hit back at Wayne Rooney after the former England international criticised his role in Manchester City’s historic Premier League triumph in 2012.

Rooney condemned Kenny’s performance during Manchester City’s 3-2 win over QPR, claiming the goalkeeper ‘should have done better’ to prevent the Citizens from picking up their first ever Premier League title.

Kenny responded by taking to social media to poke fun at Rooney’s appearance during the ‘Wagatha Christie’ court case – claiming his concern over Sergio Aguero’s winner had aged him beyond his years. 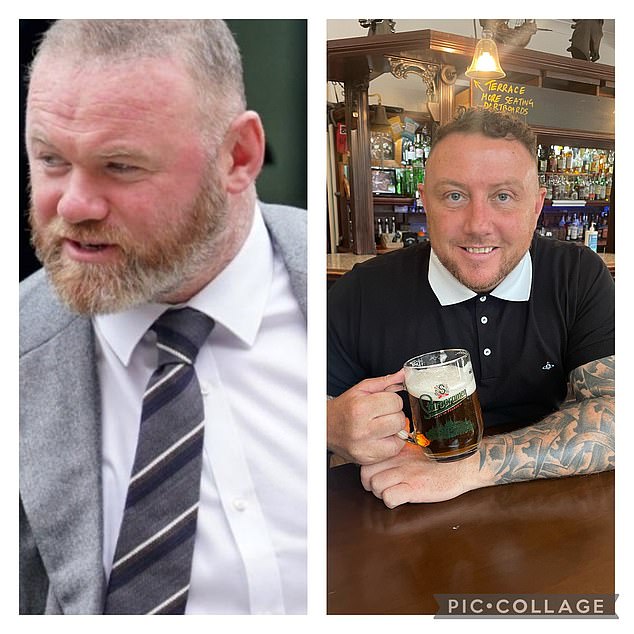 Rooney reflected on Manchester City’s historic victory in 2012 earlier this month and criticised Kenny for conceding two goals in the final few minutes of the game.

He felt that the goalkeeper should have ‘done better’ to prevent Edin Dzeko and Aguero from scoring in the 90+2 and 90+4minute of the game.

The former Manchester United star was clearly frustrated with City’s stoppage time victory as it denied his side the title on goal difference.

When asked about the game, Rooney told The Sun: ‘Paddy Kenny should have done better for a couple of the goals. 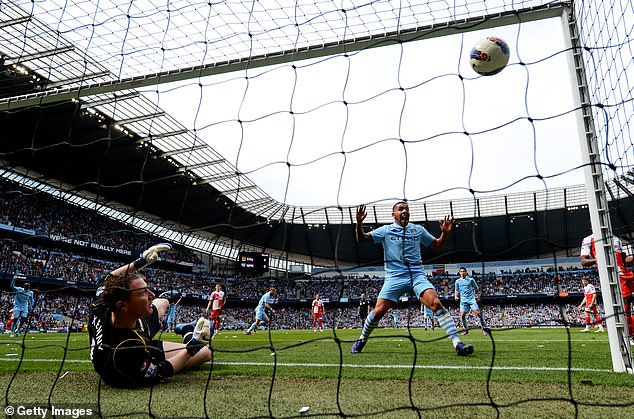 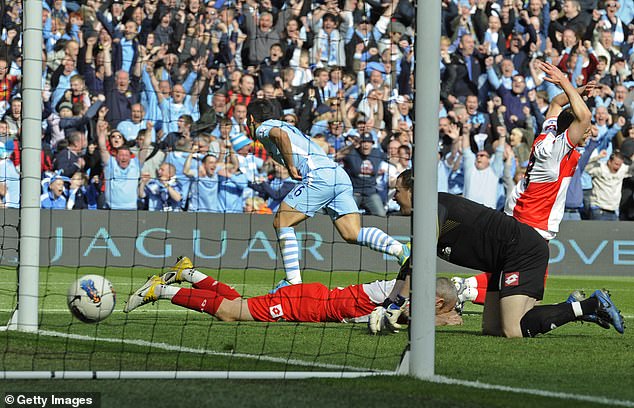 ‘City get the second goal and QPR kick it straight back to them and that’s never been questioned – I find that strange.

‘Djibril Cisse celebrating after the game with the City players, but yeah listen it’s a historic moment in the Premier League so I’m sure that – if you are not involved as a Manchester United player, that’s probably one of the greatest moments in the league.’

Kenny responded to Rooney via social media. He shared a photograph of himself drinking a beer and compared it to a photo of Rooney attending the ongoing court case between Coleen Rooney and Rebekah Vardy. 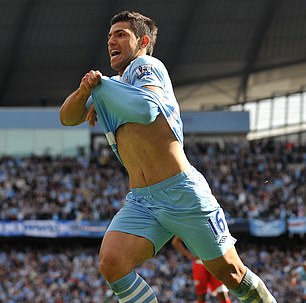 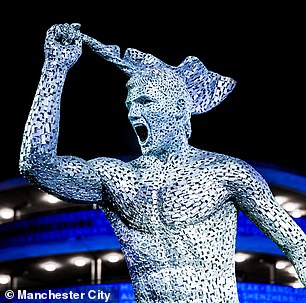 He shared the images on Twitter with the accompanying caption: ’36 v 44 Rooney must of let that Aguero goal get to him.’

The interaction between the two former players came after the new Aguero statue outside Manchester City’s Etihad Stadium was revealed.

10 years on from his iconic last-minute goal against QPR, Aguero has been honoured by the blue side of Manchester with a statue.

However, fans couldn’t help but joke that the statue looked more like Real Madrid midfielder Toni Kroos than Aguero.

Kroos even responded to a Tweet including an image of the statue saying: ‘You sure’ after they captioned it ‘Sergio is here’.