Home » Soccer » 'We are not the world's best… yet': Jurgen Klopp seeks improvement

‘We are not the world’s best… yet’: Jurgen Klopp urges Liverpool stars to keep pushing themselves ahead of trip to West Ham with the Reds just FIVE wins away from Premier League title

Jurgen Klopp has dismissed claims that Liverpool have become the best team in the world and reinforced his demand for more collective improvement.

Liverpool need only five more wins to confirm their first domestic title since 1990 and West Ham have the unenviable task tonight of becoming the first team to take points from the hosts at Anfield since Claude Puel’s Leicester held Klopp’s team to a 1-1 draw last January.

The club are in their healthiest situation for 30 years as Klopp and many key players are committed to long-term contracts. They also have the finances to improve their squad in the summer, with RB Leipzig’s Timo Werner and Jadon Sancho of Borussia Dortmund of firm interest. 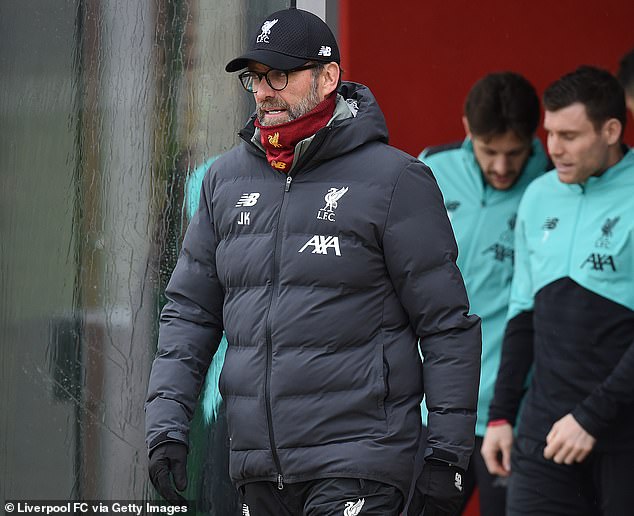 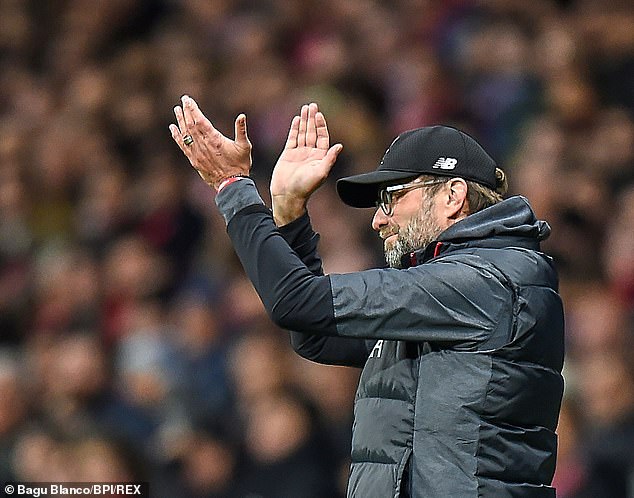 Werner, the German striker with 27 club goals this term, described Liverpool as being the ultimate destination for all players — but Klopp does not believe the club are now at the point where they can relax. If anything, he is seeking further progress to ensure they have a chance of dominating England.

‘The team we have is about attitude — go and go and go — mixed with really good football players. We are for sure more critical of our performances. (People) only see the results, which are exceptional — we don’t see ourselves as the best in the world.

‘On the one side, it’s easier if players see you as that. If they see you are successful, it’s easier to get into talks with players. But, on the other side, it’s more difficult the better your team is because they ask questions like, ‘where and when would I play?’ We need players who want to be part of this.’

Judging by the comments Werner has made in recent days, including praise for Klopp, he wants to be part of Liverpool’s future. He is at a club with whom Liverpool have a strong relationship, given they did business for Naby Keita in the summer of 2017. 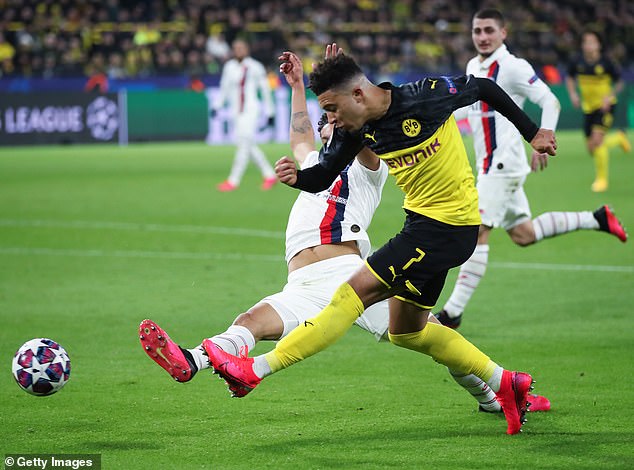 Klopp — who must decide who will replace the hamstrung Jordan Henderson in midfield tonight — would never speak specifically about a player at another club but he did make clear the profile of individual that Liverpool want. It clear it is not someone who believes they have made it.

‘We need players who want to fight for their spot, who want to make the next step together with us, who want to develop and improve,’ added Klopp. ‘Whoever wants to join us needs to have this attitude.’

New signings are not Klopp’s priority, however. His prime focus is leading his side to the wins that will confirm the historic title triumph.

The German will not consider that Liverpool are 19 points clear and has pointed out that circumstances have been in their favour — he knows that Liverpool could have found themselves in Manchester City’s position had things happened differently. 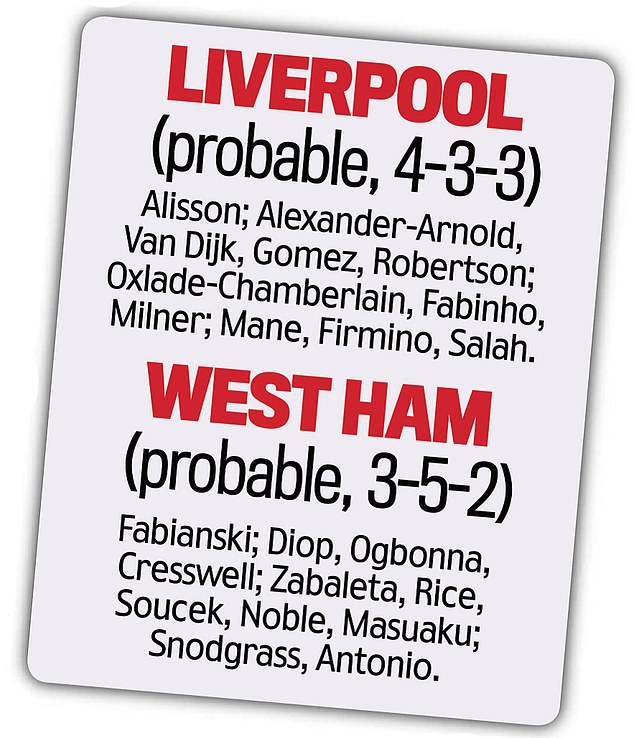 ‘Injuries, wrong decisions, we could have had this (City’s) season,’ said Klopp. ‘For example, one centre-half less and we wouldn’t be here (19 points clear). Full-backs early in the season out injured, we wouldn’t be here. We are not worried about the future. But we still don’t know about it.’

Nor do West Ham. Their immediate future could be in the Championship, with the club in the bottom three heading into tonight’s game.

But David Moyes has backed his defensive tactics at Manchester City last week as his side prepare for another defensive examination on the road.

‘The message to the ones who travelled up was thanks very much for coming to the game, which had been rearranged and not easy to get to,’ he said. ‘They were terrific. But the real supporters understand how difficult the games are.’

Moyes saved the Hammers from the drop two seasons ago but he insists mere survival should not be viewed as a success at a club of this size.

‘I’ve never classed staying up at any club a success — and I never will. Certainly not a club the size of West Ham,’ he added. ‘But I have a job to do, we have a job to do to stay up, unfortunately — that will be reviewed by everyone at the end of the season.’