Arsene Wenger ‘wanted to hit’ Sky Sports’ Geoff Shreeves because of his ‘brutal’ questions asked in the wake of an 8-2 defeat to Manchester United in 2011.

Pressure was immense on Wenger following the humiliating loss at Old Trafford and Shreeves, in his role as touchline reporter for Sky Sports, took on the post-match interview in the tunnel.

Recounting the episode in his new book, Cheers, Geoff! Tales from the Touchline, which has been serialised by the Sun, Shreeves has revealed how his hard-hitting questions got under the skin of Wenger. 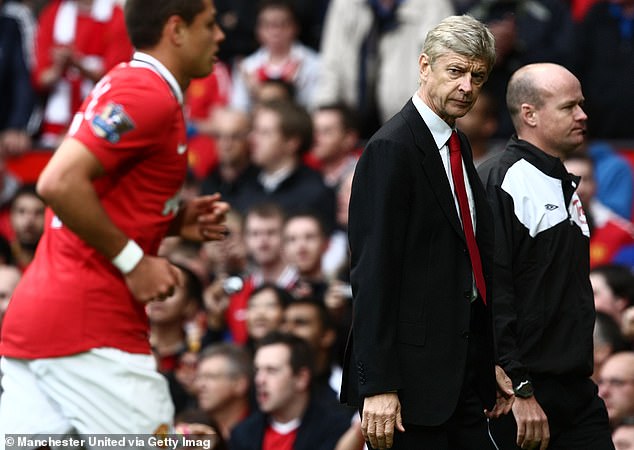 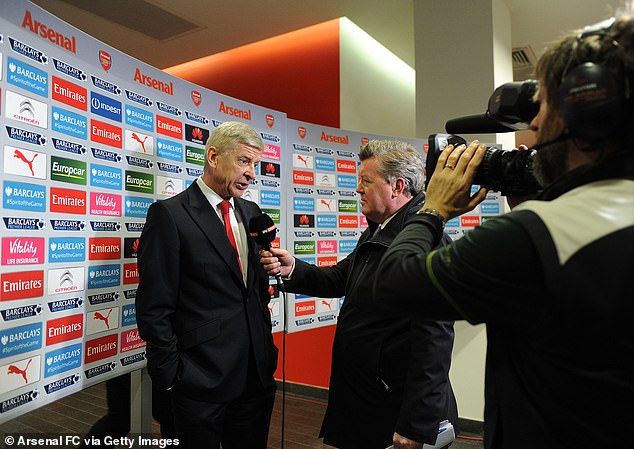 ‘There was no room for soft-soap questions – Wenger had to face an inquisition,’ Shreeves said.

‘I asked if he would resign and if he thought the board would back him. Brutal questions.

‘I could see the anger building in his eyes and afterwards Arsenal’s head of media, Mark Gonnella said: “The boss has just told me he wanted to hit you during that interview, he was so angry.”

‘Years later, Arsene told me: “Geoff, I wanted to hit you that day, it’s true. But you were not the only one – there were many others.”‘

Shreeves has struck up a rapport with the biggest names in the game having carved out a career as Sky Sports’ Chief Touchline Reporter.

He joined the broadcaster in 1991 and has gone on to become the most recognisable voice and face of coverage and post-match interviews.

Shreeves details the ‘visceral’ dislike and animosity between Wenger and Manchester United icon Sir Alex Ferguson, not just on that day but as they dueled for football’s biggest honours. 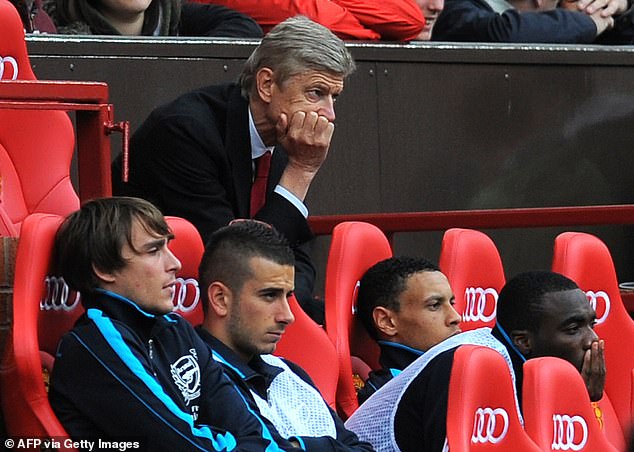 Arsenal were depleted heading to Old Trafford but nonetheless it was a defeat that went down as the lowest point of Wenger’s Arsenal career.

As well as detailing how an irate Wenger ‘wanted to hit him’ at United, there are also stories of a different side to the Frenchman, one where he would come for a glass of wine after a match at Wigan and unpack the day’s events.

Martinelli reveals he wants to follow in Aubameyang's footsteps