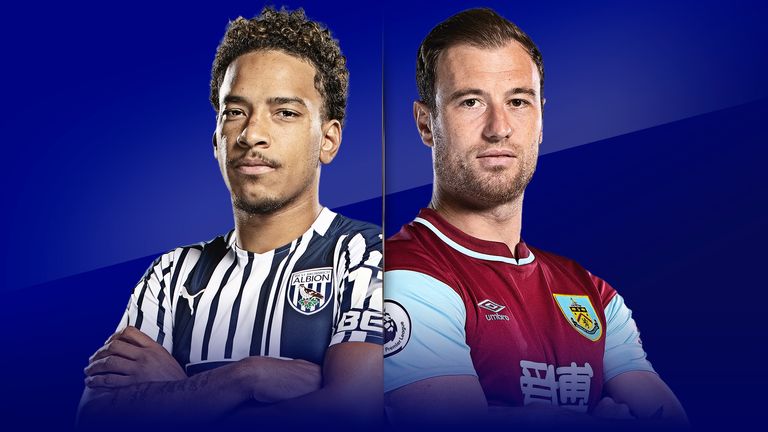 Team news and stats ahead of West Brom vs Burnley in the Premier League on Monday (kick-off 5.30pm).

West Brom striker Hal Robson-Kanu is out of Monday night’s Premier League clash with Burnley as he recovers from surgery to repair his broken wrist.

The Wales international is expected to sit out for several weeks as a result of the injury he picked up in the 2-0 defeat by Southampton on October 4.

Manager Slaven Bilic is awaiting news of fellow frontman Callum Robinson, who was sent home from the Republic of Ireland camp last weekend as a close contact of an unnamed team-mate who had tested positive for coronavirus, while the game is likely to come too soon for new signing Karlan Grant.

Burnley forward Jay Rodriguez should be back to face his former club after missing three games with an ankle injury.

Johann Berg Gudmundsson could also be available, despite nursing a tight groin on international duty, but goalkeeper Bailey Peacock-Farrell will need a check after a hip problem forced him to withdraw from Northern Ireland’s Nations League loss in Norway during the warm-up on Wednesday night.

Ben Mee is not yet ready after a thigh injury, while Matt Lowton and Jack Cork remain sidelined.

West Brom vs Burnley will be broadcast live on Sky Sports Box Office; kick-off is at 5.30pm. Highlights will also be published on the Sky Sports digital platforms and the Sky Sports Football YouTube channel shortly after the final whistle.

Overall, Sky Sports will be showing at least 146 Premier League matches live throughout the 2020/21 season, continuing to bring you all the latest twists, turns and shocks at the home of the Premier League.

There will also be two additional midweek programmes – one will be played across the weeks commencing January 11 and 18 and the second will be in the week commencing May 10. All of these games will be broadcast live.

You can also follow the action with our dedicated live blogs on the Sky Sports website and app, and watch free match highlights from every game shortly after full-time on our digital platforms and YouTube channel.

Arsenal in talks to send William Saliba out on loan

Agent claims Arsenal and Chelsea failed with bids for Juventus star Rugani
Recent Posts
This website uses cookies to improve your user experience and to provide you with advertisements that are relevant to your interests. By continuing to browse the site you are agreeing to our use of cookies.Ok