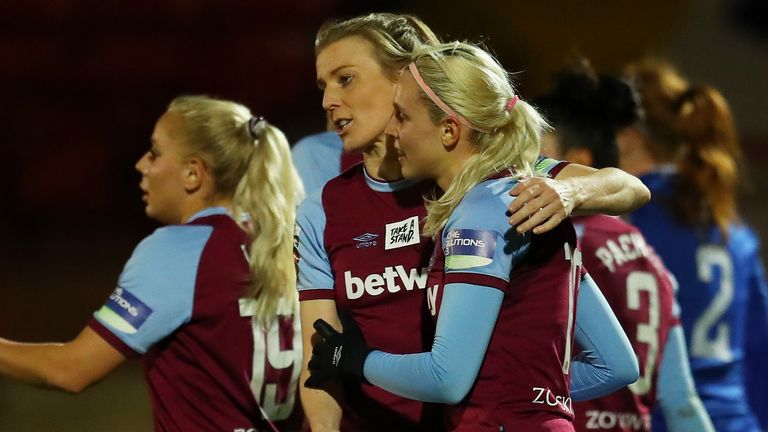 West Ham are through to the Women’s League Cup semi-finals after a 3-0 victory over Durham.

Emily van Egmond and Katerina Svitkova struck three minutes apart shortly before half-time for the Women’s Super League side, before substitute Hawa Sissoko sealed the victory over their Championship opponents.

It was a first victory for West Ham boss Olli Harder, who took over in December following Matt Beard’s departure.

The Hammers will face holders Chelsea in the last four on February 3, with Bristol City and Leicester contesting the other semi-final a day later. 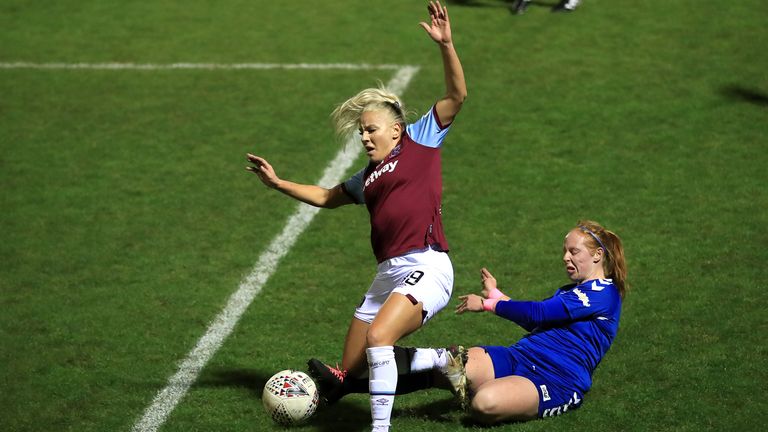 After a drab opening at the Chigwell Construction Stadium, it was the Championship side who had the first meaningful chances of the contest.

Molly Sharpe shot wide when afforded space on the edge of the box after 35 minutes and moments later Sarah Robson’s curling long-range effort forced a strong save from West Ham goalkeeper Mackenzie Arnold.

However, those chances appeared to spur the WSL side into action and they look the lead five minutes before the break as Durham failed to clear a corner, allowing Van Egmond to turn and produce a clever volleyed finish from close range.

The lead was doubled three minutes later as Adriana Leon was played in behind down the left, before producing a precise cut back for Svitkova to finish from close range.

Durham introduced Emily Roberts and Bridget Galloway at half-time, and the latter had the chance to make an instant impact, but shot straight at Arnold from a promising position.

West Ham soon regained control and were only prevented from extending their lead by some goalkeeping heroics from Durham stopper Hannah Reid, who pushed Van Egmond’s header onto the post before twice denying Svitkova.

However, her resistance was broken – and the game was put out of Durham’s reach – six minutes from time as West Ham substitute Sissoko diverted Van Egmond’s header into the net.