West Ham have demanded an apology from the PFA and FIFPro after taking issue with them on concussion protocols.

The player welfare bodies recently published an open letter to IFAB expressing concern that Issa Diop was allowed to play on in February’s FA Cup tie against Manchester United before eventually being substituted.

Diop was removed from the game at half-time following a clash of heads with Anthony Martial in the closing stages of the half.

The PFA and FIFPro argued that Diop would have benefited from a temporary withdrawal, an option that wasn’t available to West Ham, and suggested medical teams are under pressure to make “a game-altering decision in a multi-billion pound industry.”

They also pointed to the incident involving Sheffield United defender George Baldock, who played on for 11 minutes, before being withdrawn from the game against Leeds.

“These cases underline our concern that permanent substitutions do not give medical teams the appropriate environment to assess a player with a potentially serious head injury,” they said at the time. 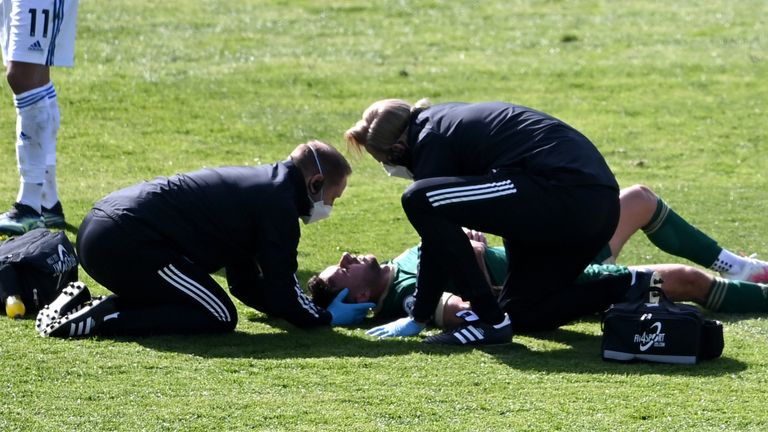 West Ham have since written to both organisations privately, accusing them of being “irresponsible and damaging to the cause” by naming Diop and West Ham.

They believe using specific examples cast doubt on the approach of their medical team. The London club stressed that they followed the correct procedures and criticised the PFA & FIFPRO for going public with their letter.

The PFA and FIFPro insisted their issue is with the laws of the game rather than individual medical teams.

The PFA publicly praised West Ham’s response to the Diop substitution in the aftermath of the game.

“We welcome West Ham United’s use of the new protocols, it represents a significant step forward for the game,” chief executive Simon Barker said in February.

All parties are now in active discussions to diffuse the situation with sources at the PFA calling it ‘a misunderstanding’.