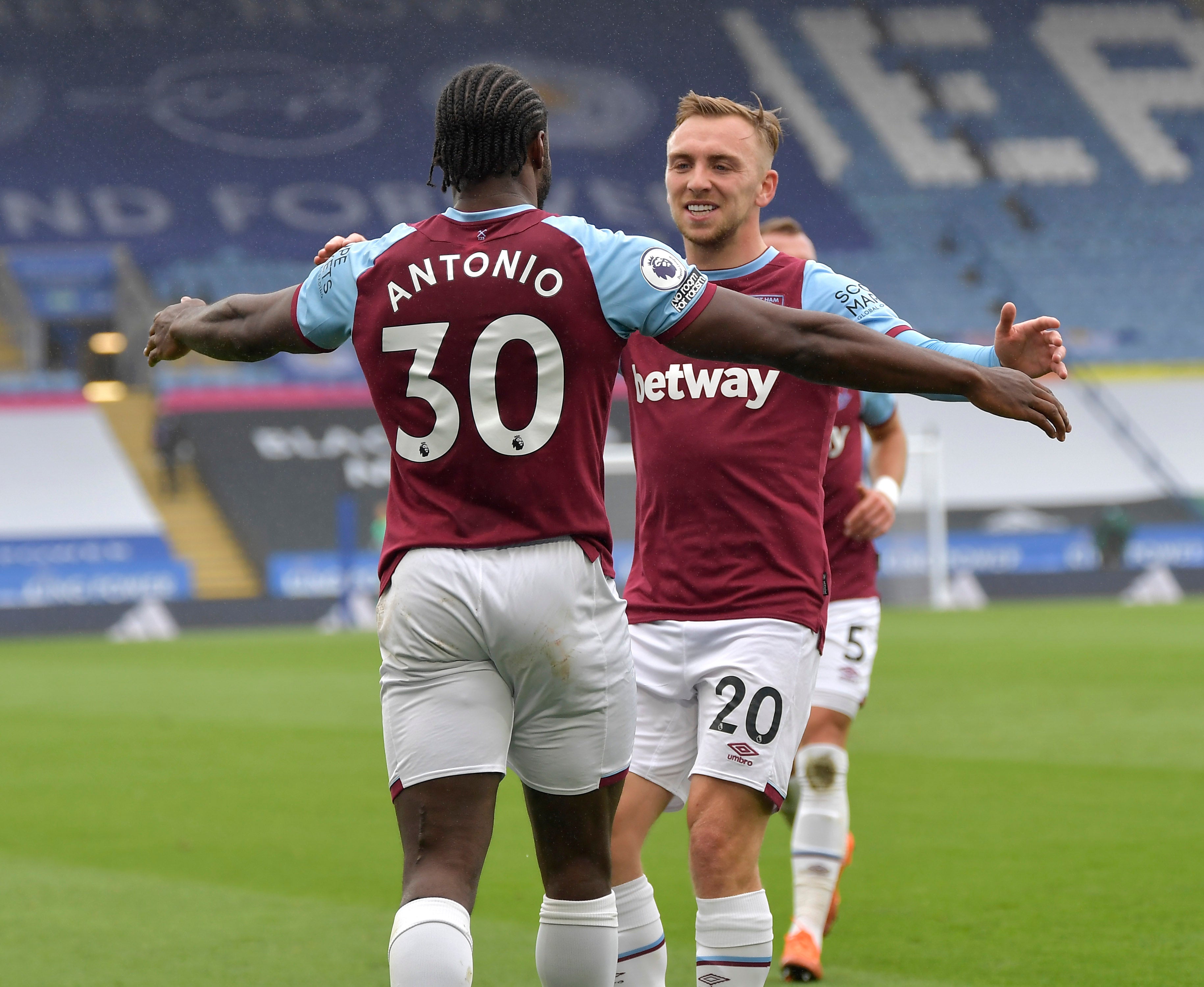 His performance was a snapshot of how he earned David Moyes’ favour at the start of the 2019/20 resumption. No battle was shirked, whether on the floor (where he contested 18 duels) or in the air (11). The four fouls he sustained were textbook examples of where and when to take contact to quell any enthusiasm Leicester were trying to build.

Even his goal – a header rising at the back post after 14 minutes – came from being upended, spreading the ball to the opposite wing and immediately darting into the box to make himself available for Aaron Cresswell’s deep cross. It was his 10th goal since the return of the Premier League in June, and a fifth successive away match on the scoresheet.

A phase before the opener, Bowen had provided one of his highlight-reel moments. Seemingly blocked in at the right-back position by blue shirts, a drop of the shoulder, a roll of his boot and flick somehow maintained him as the centre of their attention yet with the ball safely out of danger and making its way up the West Ham right flank.

Bowen’s craft exists beyond a left foot that could sign his autographs. In an XI set-up for reliability, the 23-year old is encouraged to use his imagination, and trusted to use it sparingly. He attempted just 20 passes, 13 of them with a view to pushing things along in the opposition half.

What’s more, he is responsible for providing almost all of the creativity from the right. And though sometimes that can be predictable given his penchant for cutting inside onto his natural foot, once the game was stretched, it was here where his goal would come: picking up a perfectly weighted through-ball to neatly tuck past Schmeichel for the third of the game and his third of the season after a brace in the 4-0 win over Wolves.

That assist was one of three key passes made by Fornals. He has now put on more goals (7) since the start of 2019/20,  than any West Ham player across this period. Not bad considering he is not on set-pieces. 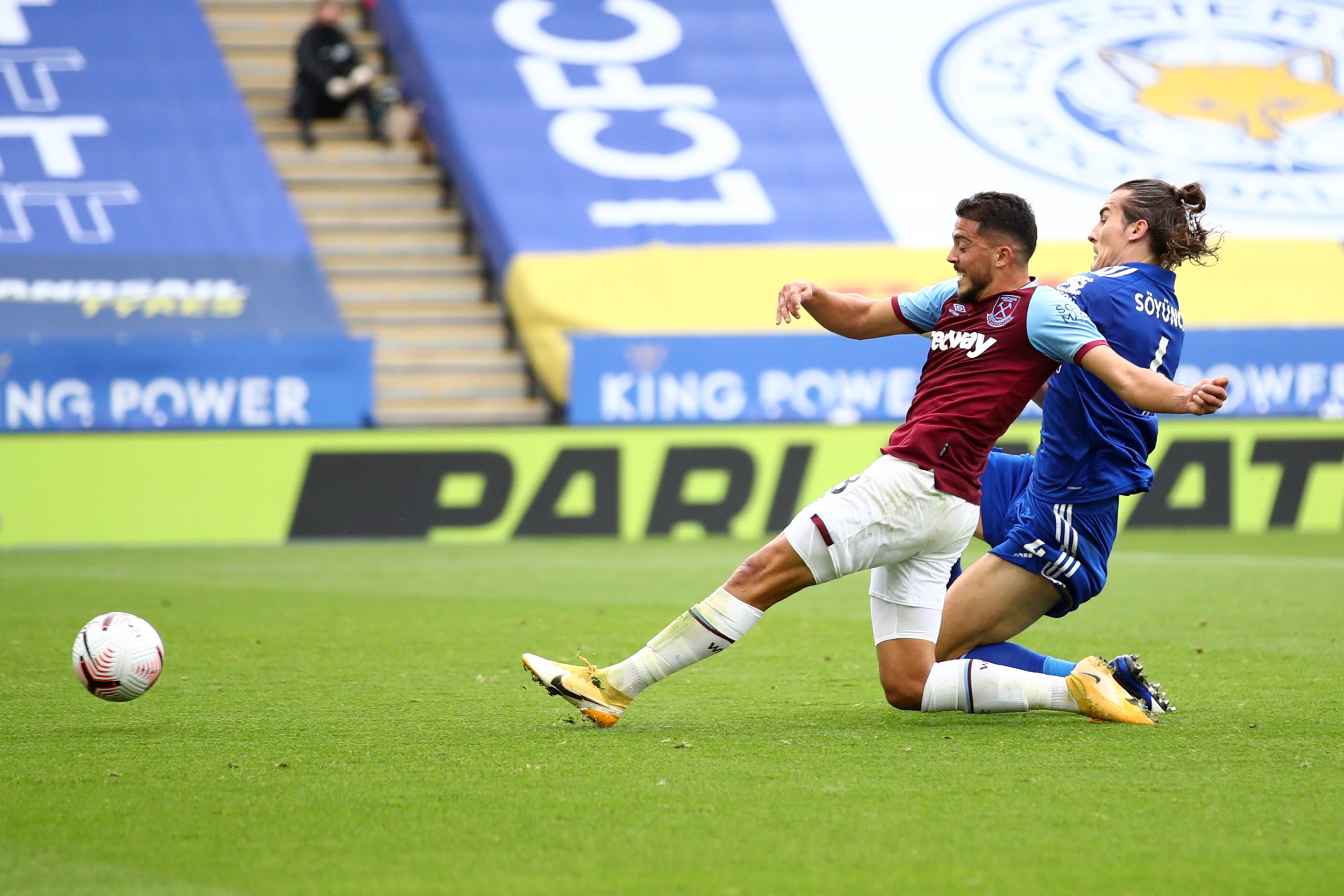 Of the three, the Spaniard is perhaps the hardest to peg. At times over the last 12 months he has looked lost, an image not helped by the kind of ruddy-cheeked impishness that’s frowned upon in the fairylands of English football. But he has emerged as the counterpoint to the other two. Efficient with the ball at his feet, facilitating as best he can in the final third.

His emergence as a regular starter is probably the most surprising, too, and there will be some fans who will need to see more to commit themselves to him fully. But this busy performance capped off by a goal and an assist should help.

Beyond their starting positions and effectiveness, Antonio, Bowen and Fornals are bound by something greater. They are all loose representations of the fickleness of transfer strategies in modern football.

Fornals arrived from Villareal last summer, his £24m fee a reflection of the European ambition held by Manuel Pelligrini. A real status signing. Yet when the Chilean sacked was sacked with West Ham forced to look over their shoulders at relegation, Bowen arrived in January as a £20m-plus sticking plaster. All the while the club was hoping they could outgrow Antonio, a player whose linear ways saw him start 2019/20 in the shade of record-signing Haller, only to carry them to safety during Project Restart.

Here these glorious misfits remain. Not simply commanding their starting places but keeping out the £97m trio of Haller, Felipe Anderson and Andriy Yarmolenko while doing so.

After two defeats in the opening two league games and the sale of Grady Diangana, the discontent in east London was palpable. Now, two wins and two cleansheets later, there is cautious optimism as they sit 10th into the international break.

Of course, the broader issues for West Ham fans around the running of the club by David Gold, David Sullivan and Karen Brady remain, and results on the field will only change that so much. But as #GSBOut continues to stir, #ABF up top provides some welcome relief from the woes upstairs.

Wenger suggests there’s more going on behind scenes at Arsenal with Ozil
Recent Posts
This website uses cookies to improve your user experience and to provide you with advertisements that are relevant to your interests. By continuing to browse the site you are agreeing to our use of cookies.Ok