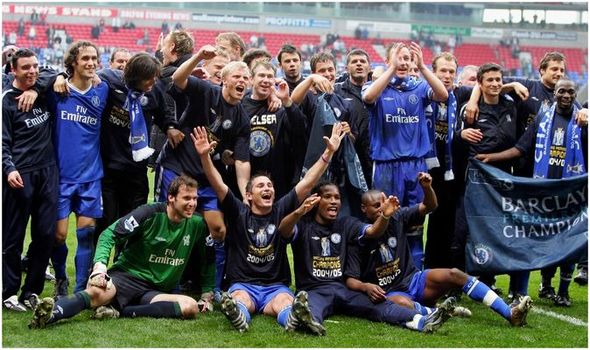 Chelsea picked up their maiden Premier League title on this day 15 years ago. A Frank Lampard double saw off Bolton Wanderers to help the Blues become top dogs in England for the first time in 50 years. It represented a successful end to Jose Mourinho’s debut campaign in the Stamford Bridge dugout.

Chelsea swept all teams aside in the 2004/05 Premier League campaign as Jose Mourinho led the Blues to the first silverware of the Roman Abramovich era.

A strong summer in the transfer market bolstered a squad already strengthened during the final season of Claudio Ranieri’s reign.

The likes of Paulo Ferreira, Ricardo Carvalho and Arjen Robben proved to be inspired signings while John Terry and Frank Lampard began to establish themselves as trophy-winning machines.

After pulling clear of their rivals, Chelsea went into their clash against Bolton Wanderers at the Reebok Stadium on April 30, 2005 knowing a win would confirm the title.

It was that man Lampard who did the damage with two goals after the break to ensure the title party could start.

But what happened to the 11 men that started on that important day in the club’s history? 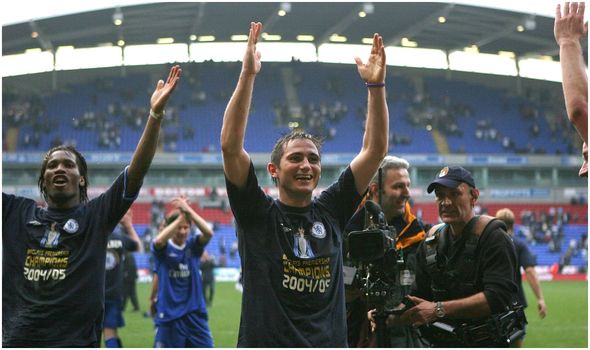 Petr Cech – The goalkeeper enjoyed 10 seasons as Chelsea’s first-choice goalkeeper before losing his spot to Thibaut Courtois, which prompted a switch to Arsenal in 2015. He won 13 major titles during his spell at Stamford Bridge, breaking a string of Premier League, club and international records along the way.

Geremi – One of the first signings of the Roman Abramovich era, Geremi was far from a first-team regular during the 2004/05 campaign. He spent another two seasons on the fringes before departing for Newcastle United in 2007. Geremi took in brief spells at Ankaragucu and AEL before quitting.

John Terry – Arguably, Chelsea’s greatest ever player, Terry won the lot before departing on a free transfer at the end of the 2016/17 campaign after being edged out of the starting XI by Antonio Conte. A free transfer to Aston Villa followed but he suffered heartache in the Championship play-off final to Fulham. He retired in October 2018 before returning to Villa Park as Dean Smith’s assistant.

Ricardo Carvalho – The Portuguese centre-back followed Mourinho to Chelsea from Porto and established a formidable partnership with Terry at the back.

William Gallas – The Frenchman made 225 appearances for Chelsea but was sold to Arsenal in a controversial swap deal for Ashley Cole in 2006. After four years as a Gunner, he joined London rivals Tottenham for three seasons before a brief stint with Perth Glory. Gallas retired after the 2013/14 A-League season.

Tiago Mendes – A regular in midfield, the former Benfica man was sold to Lyon at the end of the season following the arrival of Michael Essien. After two seasons in France, a move to Juventus beckoned to help the Old Lady upon their return to Serie A. He failed to nail down a regular role so moved on to Atletico Madrid, where he spent eight seasons.

Claude Makelele – A player so good that the defensive-midfield position was renamed in his honour, Makelele spent three more seasons at Stamford Bridge before three years with PSG. He embarked on a coaching career which saw him manage Bastia and Eupen while assisting at PSG and Swansea. Makelele returned to Chelsea in a technical role in 2019.

Frank Lampard – Chelsea’s leading goalscorer of all-time, he took in brief spells at Manchester City and New York City before hanging up his boots. A season in charge of Derby County – which ended in Championship play-off heartache – earned Lampard a return to Stamford Bridge as first-team manager. 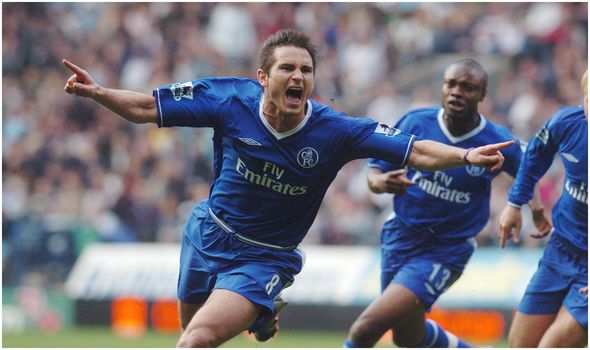 Jiri Jarosik – Another player to find himself squeezed out by Essien’s arrival, the 23-time capped Czech Republic midfielder spent the following campaign on loan at Birmingham City before a permanent switch to Celtic in 2006. He later turned out for Krylia Sovetov, Zaragoza, Sparta Prague and Alaves before turning to coaching. He has been assistant manager was Slovan Liberec and MFK Ruzomberok.

Eider Gudjohnsen – The Icelandic forward spent one more season at Stamford Bridge before going on to play for 11 different clubs ranging including Barcelona, Monaco, Tottenham, Stoke, Fulham and Bolton. He officially retired in September 2017 – a year after leaving Molde.

Didier Drogba – A fan favourite, Drogba will forever be remembered for inspiring Chelsea to the 2012 Champions League title. He equalised to send the final against Bayern Munich to extra time before scoring the winning penalty in the shoot-out. He joined Shanghai Shenhua months later before moving to Galatasaray. Drogba returned to Chelsea on a one-year deal in 2014 to help Mourinho’s side to the Premier League title before departing for Montreal Impact. Drogba became the first player-owner in football history when he joined Phoenix Impact in 2017.

Leeds United are thrashed by Ajax twice in a DAY