Leeds boss Marcelo Bielsa doesn’t yet know the extent of Kalvin Phillips’ injury following the Whites’ 1-0 victory over Reading. Pablo Hernandez’s winner after 57 minutes gave the home side a crucial victory in their bid for Premier League promotion.

I think it’s a kick. I don’t know if it’s serious or not

But the result was marred by Phillips limping off in the first half with Bielsa still trying to figure out how serious the midfielder’s knock is.

However. the Argentinean manager was pleased with the way Ben White, Hernandez and Mateusz Klich filled in after the 24-year-old’s substitution.

Bielsa said in a post-match interview: “I think it’s a kick. I don’t know if it’s serious or not.

“In previous matches White played here. [Luke] Ayling played instead of White in some situations. The same [Stuart] Dallas playing right corridor and [Ezgjan] Alioski on the left. 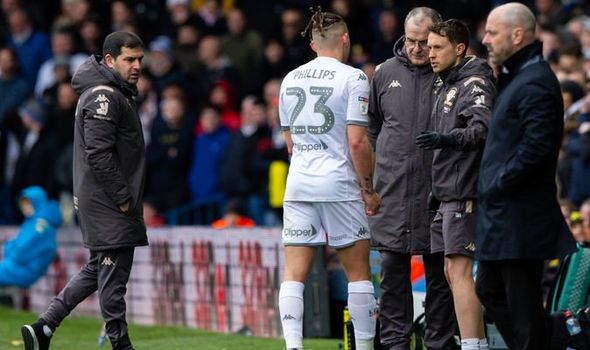 “Anyway, White helped the team with a solid difference, but Kalvin managed the ball in a different way to White.

“The help of Pablo and Klich to build the play out was enough to replace the distribution of Kalvin.”

Bielsa is pleased with the result as his players produced a much larger amount of chances than Reading, as they usually do with other opponents.

Leeds dominated in possession and despite the narrow result they are now just four points away from Championship leaders West Brom.

Bielsa added: “Similar match as the matches we are used to playing. Generally, we create double or triple the chances of the opponent.

“We have more possession than the opponent. Today this was the situation. They have some attackers that are not easy to control.

“Also, there was a situation in the last minute for them, we should have resolved. The number six became a striker.

“That created confusion we could have solved from the bench. It was this player who had a clear chance in the last minute.” 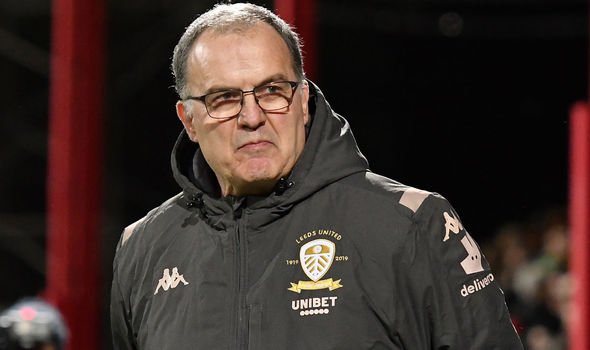 Leeds are currently second in the Championship table with five points separating them from the play-off zone.

Bielsa understands the desire of Premier League promotion but insists he only focuses on winning the next match.

He added: “What I can realise is the wish of the people of Leeds, the desire. I cannot feel the rest of the country, I don’t know how to realise that.

“How I manage the situation emotionally? Our job has a rule common for every situation, we have to win the next match.

“Every match deserves one phrase that is very common in our job: the phrase is ‘we have to win’.”

Leeds are now set to take on Middlesbrough on Wednesday at Riverside Stadium (7.45pm).

Four Barcelona stars ‘no longer untouchable’ ahead of transfer window