Manchester United striker Anthony Martial netted a superb individual effort in the victory over Watford in the Premier League this afternoon. That’s on the back of Ole Gunnar Solskjaer re-training the France star.

United took the lead against Watford through Bruno Fernandes who cooly converted a penalty.

And Martial doubled the advantage with a superb effort which he chipped over Ben Foster in the 59th minute.

Mason Greenwood added a third to ensure the Red Devils keep pressure on Chelsea in the race for the top four.

Evening Standard reporter James Robson claims it has been a good week for Solskjaer who has been re-training the forward. 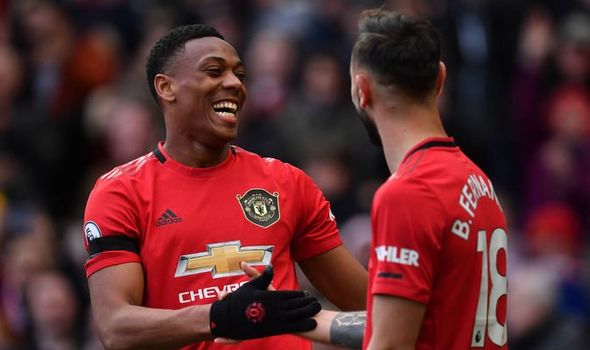 After his goal against Watford, he tweeted: “That is pure magic from Martial.

“Three goals in a week – all completely different.

“Solskjaer is retraining him as a No9 – and this has been a very good week #mufc”.

Martial has been the main striker for United in recent weeks following the double stress fracture to the back suffered by Marcus Rashford.

The 24-year-old has now scored 15 goals in all competitions this season.

Former England goalkeeper Rob Green was full of praise for Martial after he scored in the win against Watford.

He said on the BBC: “Wonderful finish, really aware. Martial knew where the players were.

“No-one presses him and Ben Foster is left on his own. 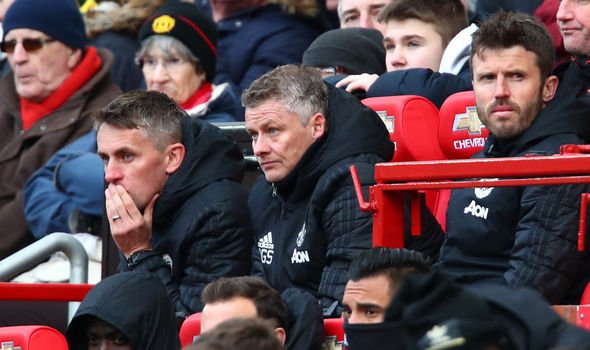 “No-one presses, no-one tackles and there are three Watford players around him. Great finish.”

Earlier this week, Solskjaer backed Martial to score 20 goals in a season for the first time while at United.

He exclaimed: “I think Anthony can step up, get a few more and get to the 20 mark. Definitely. He’s got quality of course, he’s a very good finisher.

“He takes his chances really well. There’s good technique in his finishing. He’s good receiving the ball at times and dropping off.

“He can play almost like a false nine as well. Sometimes I’d like him to be stronger physically.”

The result leaves United in fifth place, just three points behind Chelsea in fourth and the Red Devils have a superior goal difference.

Next up for Solskjaer is the return clash with Club Brugge in the Europa League after they drew 1-1 in Belgium.

After that United take on Everton at Goodison Park in the Premier League on Sunday, March 1.