Manchester United boss Ole Gunnar Solskjaer is concerned that Dean Henderson isn’t ready to be the club’s first-choice goalkeeper despite having a good season out on loan at Sheffield United. That’s according to a report in The Sun, which claims the Norwegian boss is getting concerned about David de Gea’s poor form recently.

Solskjaer has a difficult decision to make regarding his goalkeeper for next season.

De Gea, the club’s highest-earner on £375,000-per-week, has been disappointing recently.

He has faced heavy criticism for some high-profile errors, including a string of blunders against Chelsea in the FA Cup semi-final.

Solskjaer has remained supportive of the defender, but has faced calls to axe him from the starting XI from next season. 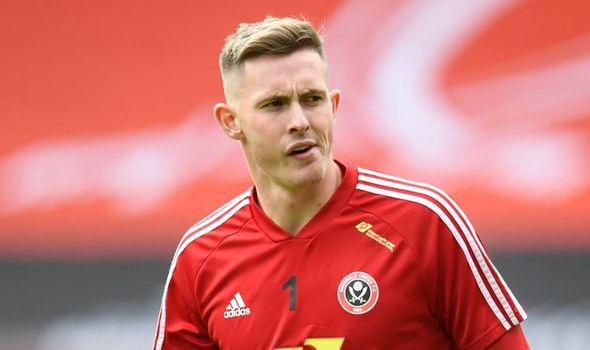 Fans and pundits alike have called for the Norwegian to drop De Gea and replace him with Henderson at the start of the new campaign.

Henderson, 23, has looked promising while out on loan at Sheffield United, and could be in line for an England call-up before too long.

He has only conceded 33 goals in 38 Premier League starts this season – three less than the amount conceded by De Gea.

But according to The Sun, Solskjaer is still having doubts over whether Henderson is ready for the jump to the starting spot at Old Trafford.

He is reportedly looking at making a move to sign Kasper Schmeichel if he is able to offload De Gea this summer, with the idea of keeping him around until Henderson is ready to take his place.

Henderson has recently held showdown talks with United chiefs over a new contract, and apparently wants assurances over his game time.

Sheffield United are keen to take him back on loan next season, but the young goalkeeper could end up going elsewhere for a year – with multiple other clubs interested.

Chelsea are sniffing around him if he is allowed to leave, with Frank Lampard desperate for a replacement for Kepa Arrizabalaga. 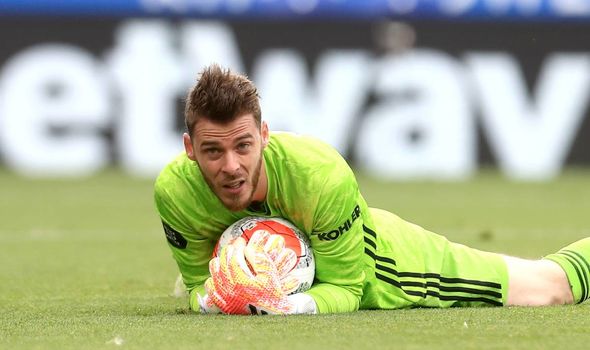 Though he could be handed a route to the United first-team picture, with Solskjaer reportedly looking at De Gea’s recent form with more scrutiny.

The same report from The Sun claims the boss has been analysing his recent performances with his coaching staff, and is desperate to decide on a concrete choice for the number one spot.

Henderson still has two years remaining on his current deal at Old Trafford, meaning there’s no need for the Red Devils to sell him.

Rumours suggest they are closing in on an agreement for a new long-term contract.