Manchester United star Anthony Martial was seen beaming and fist-bumping Ole Gunnar Solskjaer after his winner against LASK. The France international came off the bench to give the Red Devils a win at Old Trafford. And he’ll now be hoping to start against FC Copenhagen in the next round.

Manchester United were far from their best against LASK and fell behind courtesy of a stunning strike from Philipp Wiesinger.

But the Red Devils responded through Jesse Lingard just moments later, whose goal was his second in as many matches.

And Martial then scored the winner late on.

After his goal, the France international was seen exchanging a smile with Solskjaer in the stands.

And once the final whistle sounded the forward fist-bumped the Norwegian, with a big beam on his face.

Speaking after the game, Solskjaer admitted that Martial had ‘begged’ to come on and had justified his confidence by scoring the winner on the night. 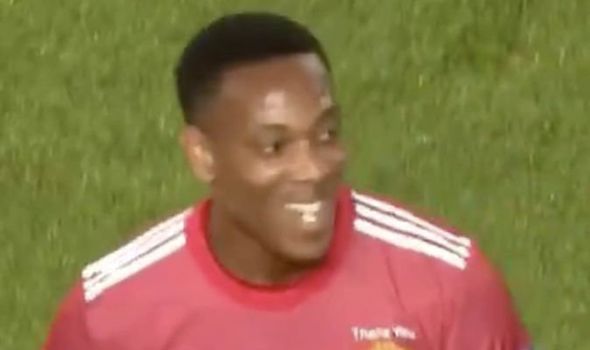 “We needed to win the game and I couldn’t get all of them on,” he said.

“We wanted to win and Anto was begging to come on. He promised a goal as well so well done.”

Solskjaer also put the lacklustre United display down to a fact that the majority of the players in action were lacking match sharpness.

“We learned that the players need to play to keep their sharpness,” said the Norwegian.

“They haven’t played for a while, some of these lads, and it showed. 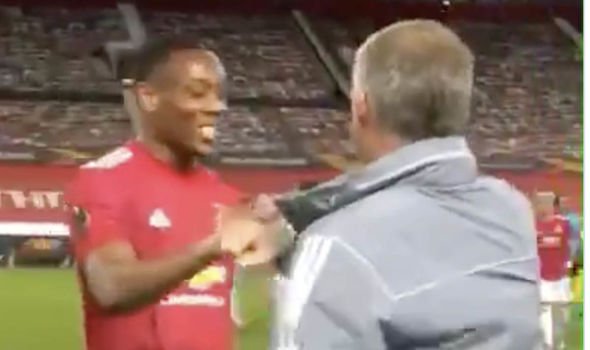 “So we win, again, make another debut one of the kids. It’s been a good night.

“It was that sharpness that you lack when you don’t play regularly. These haven’t really played since the lockdown, played last time against Norwich, that’s more than a month ago.

“For me it’s a good exercise, job done, good minutes under the belt and ready to travel.”

Solskjaer is now looking forward to the next round of the competition, with United primed to face FC Copenhagen in Germany.

“I know Stale [Solbakken, their manager] really well. A good friend of mine,” he said.

“I did my pro licence study with him in Copenhagen, so I know what there is to know about Stale probably.

“And he probably knows what there is to know about me! I’m looking forward to it.”

United will be hoping to avoid a repeat of what happened when they last faced Copenhagen back in November 2006.

The Red Devils lost 1-0 in Denmark with former Aston Villa striker Marcus Allback scoring the only goal of the game.

It didn’t hurt United too much, however, with Sir Alex Ferguson’s side going on to make the semi-finals of the Champions League that season.

‘Ask Koulibaly a question’ – Were Manchester City expecting to sign Napoli defender instead of Dias?