Manchester United target Edinson Cavani has reportedly told Ole Gunnar Solskjaer he still has unfinished business. The 33-year-old is poised to move to Old Trafford on a free transfer having left Paris Saint-Germain earlier in the summer. And the Red Devils hope signing him will be a risk worth taking.

Manchester United have been linked with Cavani in the past, most strongly during the days where Louis van Gaal ruled the Old Trafford roost.

But, now, they’re close to signing the former PSG star on a free transfer.

Cavani guarantees goals and United have turned to him in the hope he’ll drive Anthony Martial and Mason Greenwood onto greater heights, while also knowing Odion Ighalo will return from his loan spell once the January window opens.

For some fans, he’s not the answer.

Comparisons with Radamel Falcao are natural, with the Colombian the last South American to sign in a big deal. That didn’t work out, with the Galatasaray forward finding the net just four times during a 12-month loan spell with the Red Devils.

Yet the Evening Standard say Cavani has told Solskjaer he has unfinished business at the highest level. 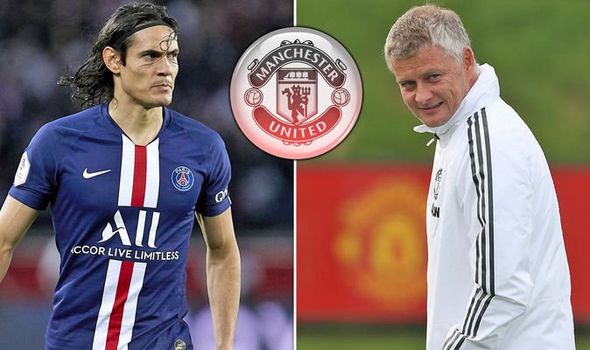 The Uruguay international was deadly during his time at PSG, finding the net 200 times from 301 matches across all competitions.

And whether United add to their ranks, regardless of the arrival of Cavani, remains to be seen.

The club are still pursuing a deal for Borussia Dortmund’s Jadon Sancho. The England international wants to move back to the Premier League after three years away but agreeing a fee has been problematic.

United would have to meet Dortmund’s huge asking price of £108million to conclude a deal and don’t want to shatter any records, especially at a time where the coronavirus crisis remains ongoing.

Should Solskjaer miss out on the England international, then Ousmane Dembele could be signed as an alternative.

The Barcelona star is on the Red Devils’ radar despite toiling at the Nou Camp ever since his arrival from Dortmund back in the summer transfer window of 2017. 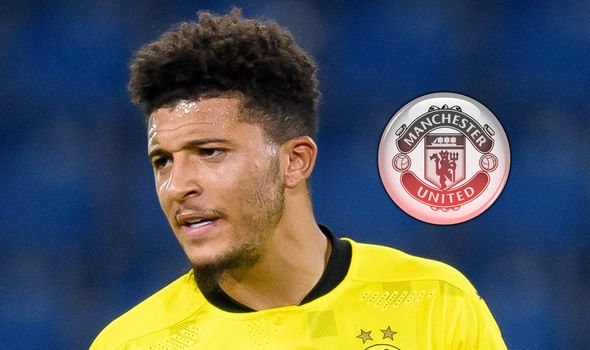 At left-back, United want to sign Alex Telles from Porto.

But latest reports have suggested the club may wait to sign him on a free transfer instead, with the Brazil international’s current deal in Portugal having just one year left to run.

Meanwhile, speaking ahead of United’s clash with Tottenham on Sunday afternoon, Solskjaer has taken aim at previous bosses and blamed them for the club’s erratic transfer strategy.

“It does come into it because when you sign players you go into a thorough process to make sure the ones you bring in are right for the club,” he said.

“It’s easy to pick out the best players in the world. Every clubs knows about them. The process in recruitment and scouting is vital to make sure that when you invest money it is well spent.

“I think the process – and the people we have involved to monitor and identify players are doing a good job.

“When I came in, my view was that we had to give young players a chance, that we had to see if we could find something in our own ranks – and that has worked well.

“We’ve also lost a few good players who have gone on to do well at other clubs, but we felt that moving forward we wanted to go in a different direction.”

Marcus Rashford was the hero that night, bagging a brace with Dele Alli on target for Spurs.

Lampard's defensive revamp: Who will be in Chelsea's new backline?