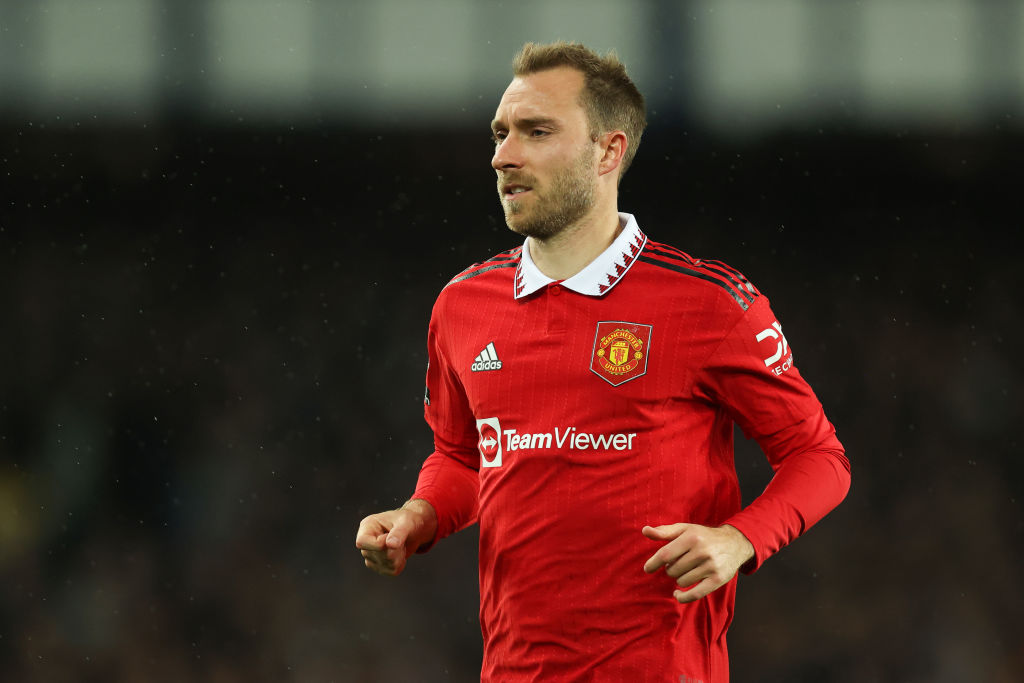 The Dane has started every single league match so far this season and has been one of United’s standout performers following his move to the club.

Eriksen started Thursday’s Europa League win against Omonia on the bench, with Ten Hag seemingly giving the Dane a rest ahead of today’s clash against the Magpies.

However, there was a surprise as Fred was named alongside Casemiro in United’s midfield.

Alarmingly, Eriksen was not even named on the bench as United look to make it seven wins from nine in all competitions.

But Eriksen’s absence is expected to be a short-term one as the Dane is missing through illness for today’s game.

‘So we have some illness [in the squad], Marcus Rashford is also under the weather, also not feeling quite well but has enough energy to play a couple of minutes today in the game.’

That means Eriksen is likely to return for Wednesday’s clash against his former side Tottenham at the Theatre of Dreams.

Elsewhere, Raphael Varane returns to the side after coming off in the 6-3 defeat to Manchester City with an ankle injury.

Victor Lindelof drops to the bench, while the suspended Scott McTominay is unavailable.

Marcus Rashford is replaced by Jadon Sancho, who impressed during his cameo appearance against Omonia.

Cristiano Ronaldo starts up front after scoring against Everton last Sunday, while Anthony Martial has failed a late fitness test.