Manchester United star Mason Greenwood was seen with the No 7 on his back during the club’s intra-squad friendly at Old Trafford on Saturday. The youngster usually wears No 26 for the club. But it appears he changed things up for the match, which Ole Gunnar Solskjaer used to get his players’ fitness up ahead of the resumption of the Premier League season.

Manchester United have high hopes for Greenwood, with Solskjaer already labelling the teenager the best finisher at the club ahead of Anthony Martial and Marcus Rashford.

It’s been a fruitful campaign for the 18-year-old, who has found the net 12 times across all competitions so far.

And, on Saturday night, Greenwood was seen wearing the No 7 shirt.

It’s an iconic number for the Red Devils having previously been worn by club legends such as Cristiano Ronaldo, David Beckham, Bryan Robson, George Best and Eric Cantona.

But while some fans think he could get the number permanently, it was merely because players were given the corresponding numbers from 1-11.

United released pictures from the showdown on their social media accounts. 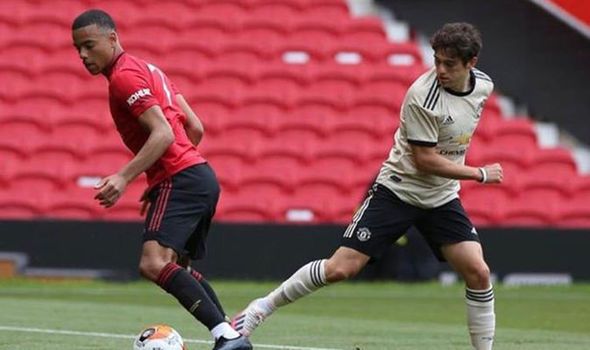 And, intriguingly, Paul Pogba and Bruno Fernandes were seen on opposite sides.

United are yet to see the pair in action, with Pogba sidelined through injury since the 4-1 thumping of Newcastle on Boxing Day.

Yet they’ll be expected to start when the Red Devils take on Tottenham in their Premier League showdown in north London on June 19.

Regarding Greenwood, United legend Gary Neville recently hailed the youngster – and insisted he wouldn’t fall away like Adnan Januzaj.

Januzaj took the Premier League by storm upon bursting onto the scene for United during David Moyes’ spell in charge. 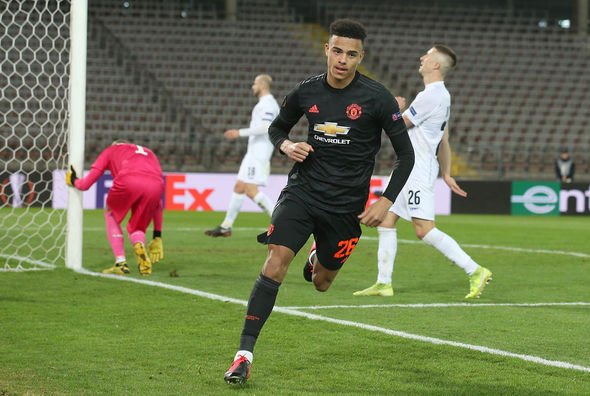 But the Belgium international suffered under Louis van Gaal before eventually being sold to Real Sociedad by Jose Mourinho.

And Neville said: “I think Manchester United have got a real star there [in Greenwood]. But we have been wrong before.

“You talk about Januzaj, I thought he was going to be absolutely world class and he fell away.

“But there’s just something about Greenwood that makes me think he’s the real thing.”

Neville also expressed a belief that Greenwood was on the same level as Marcus Rashford when the England international was a teenager.

“I think [he’s] an outstanding player and the equal of Marcus Rashford at his age,” Neville added.

“I think in some ways he’s more composed and a little bit more classy, less raw, he looks well above his age group in terms of the composure he’s demonstrated and his temperament.”

“I think I used to see with my eyes he’s looking like Robin van Persie.

“He can shoot with both feet, he’s a very intelligent player, young and is not afraid.”

Southampton join Leeds and Newcastle in battle for Liverpool's Wilson