Wigan 1-0 Blackburn: Nathan Broadhead nets second-half winner as the Latics pick up first home win of the season to move into the top half of the Championship

Jon Dahl Tomasson’s team knew at the start of the night that a win would have seen them go into the weekend games sharing top spot with early pace-setters Norwich and Sheffield United, but Nathan Broadhead’s goal continued their see-saw sequence of results.

Rovers have now won seven and lost seven of their 14 games, veering from victory to defeat in their last ten, and never looked like beating a competitive Latics side. 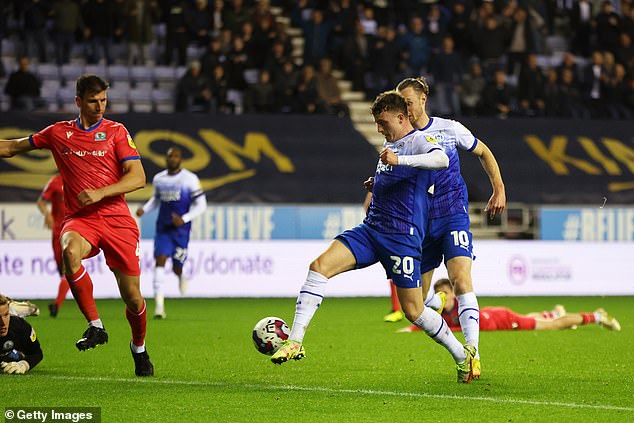 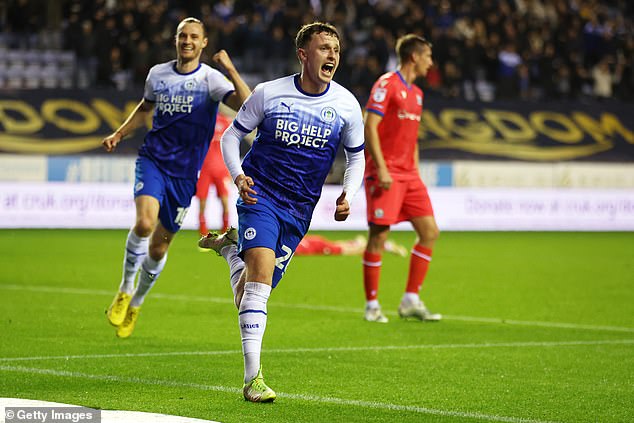 Everton loanee Broadhead was in the right place to snap up the rebound when Will Keane had muscled Rovers’ on-loan Liverpool midfielder Tyler Morton off the ball, with a surreptitious handful of shirt, and tried to chip keeper Thomas Kaminski.

That stole the limelight from Ben Brereton Diaz, on a day when AC Milan’s name was added, by Italian reports, to the long list of his admirers as his contract nears its final six months.

The Chile international scored twice against Rotherham at the weekend but had a poor game, muscled out of his stride by a vigorous Latics team who had not tasted victory at the DW Stadium since they beat Accrington in their promotion surge back in April.

Wigan took the game to Rovers from the off, Tom Naylor driving a shot just past the post and flashing a diving header past Thomas Kaminski’s near post, while on-loan Everton youngster Nathan Broadhead danced past two defenders on the right before forcing a good save from the Blackburn stopper.

Will Keane had the best effort of the first half, robbing a dawdling Scott Wharton and homing in on goal, only for Kaminski to beat away his shot. 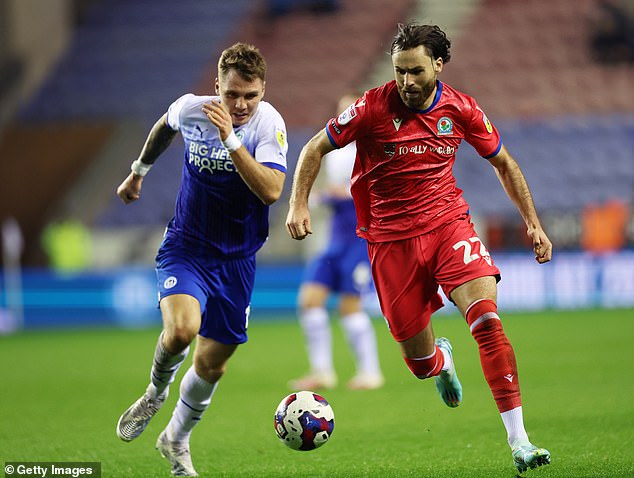