How England let Wilfried Zaha slip through the net: He was capped twice by Roy Hodgson but shown little love, now the Crystal Palace star is set to line up against them for Ivory Coast at Wembley

Not since the early 1990s have Crystal Palace had three players in an England squad. Had things turned out differently, they could easily have had four.

‘I don’t think he would be far away from the starting line-up if he was available now,’ former Eagles manager Alan Pardew told Sportsmail.

The ‘he’ in question is Wilfried Zaha who could line up for Ivory Coast against England and club-mates Marc Guehi, Tyrick Mitchell and Conor Gallagher on Tuesday, having twice worn the Three Lions at senior level himself. 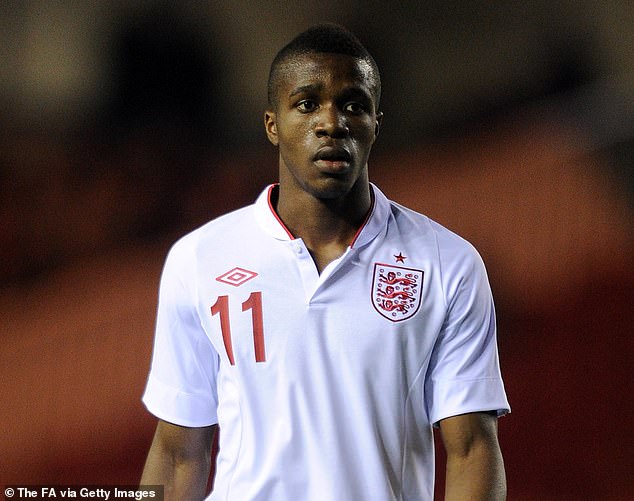 Born in Ivory Coast’s capital Abidjan and arriving in England aged four Zaha once told Sportsmail ‘football has changed my family’s life’ having, at earlier stages, had ‘nothing’ and grown to become a Premier League star.

Subsequently he feels England has given him everything and representing them was only natural.

Zaha played for England at youth level before making his senior debut under Roy Hodgson on the same November 2012 night as Raheem Sterling in the defeat at Sweden remembered most for Zlatan Ibrahimovic’s four-goal haul and stunning overhead kick.

What then followed his second cap against Scotland in August 2013 was an omission that turned Zaha away from England and into Ivory Coast’s grateful arms.

‘It was just like I was rejected from the England side,’ Zaha told CNN Sport. ‘I didn’t get picked or even a look in for four years. No one even thought about me at all.’ 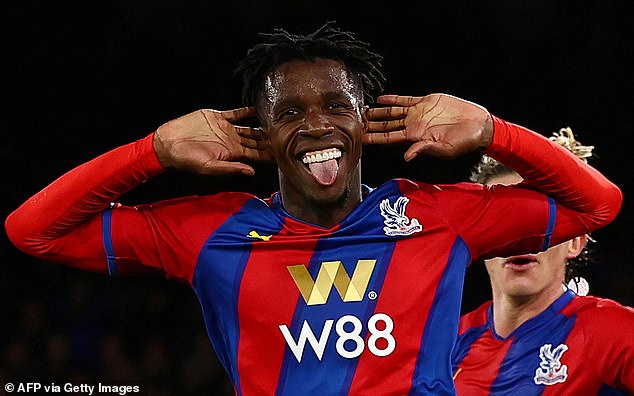 Pardew, Palace manager at the time of Zaha’s international switch, said: ‘He just couldn’t break into the squad. He was getting frustrated a little bit.

‘He had the confidence, felt he should have been in the squad. There wasn’t really too much I could do other than say to him “be patient, I think you can break into the England team, you’re certainly good enough”, give him those great affirmations.

‘But he went for the Ivory Coast and you can’t criticize that decision because guys want to play international football.’

Zaha’s first England call-up came when he was in the Championship, an indication of the level of performances he was producing to earn senior recognition from the second tier.

Cap two, against Scotland, followed an impressive pre-season campaign after his arrival at Manchester United. 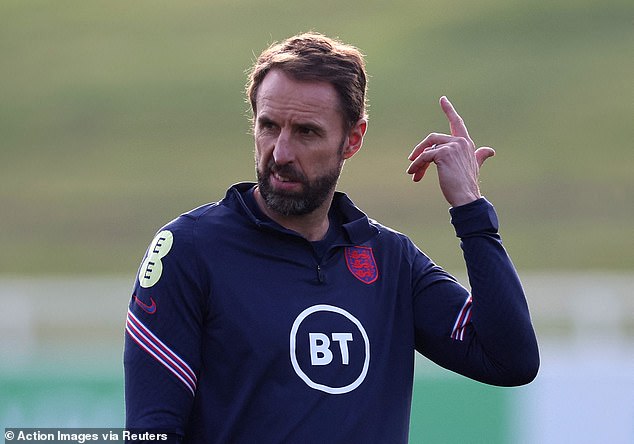 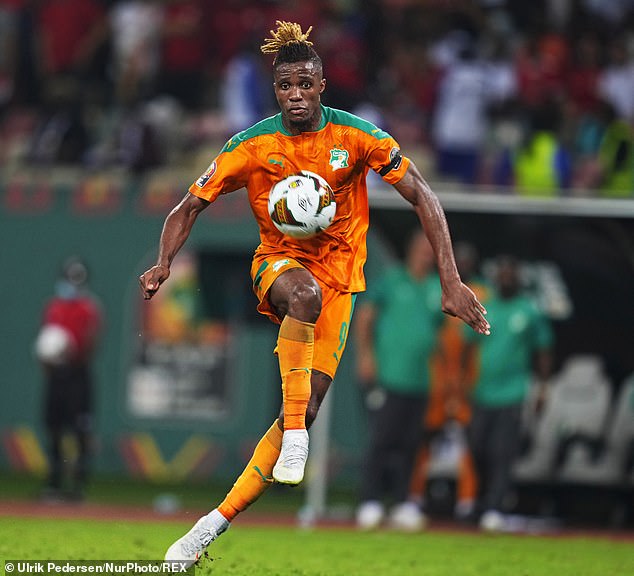 However, Zaha opted to switch his allegiance to his country of birth, Ivory Coast

But that quickly made way for a difficult period at Old Trafford that extended to his time at Cardiff.

There have, though, been spells when Zaha would have been more than worthy of England reinclusion.

‘He played some great football under me so I was thankful to him,’ said Pardew, Zaha’s manager when he won the first of three successive Palace player of the year awards.

‘I’ve worked with a lot of international players over the years and he certainly could have played for England.’

Hodgson, Palace manager following his England reign, recently admitted he was indebted to Zaha during their time together at Selhurst Park.

But reflecting in 2018 on the handling of Zaha’s situation following his debut, Hodgson said: ‘We didn’t follow up on it enough. I would have to say I bear some responsibility there.

‘I’m pretty certain that many England managers who will follow me will say it’s a pity he chose the Ivory Coast. 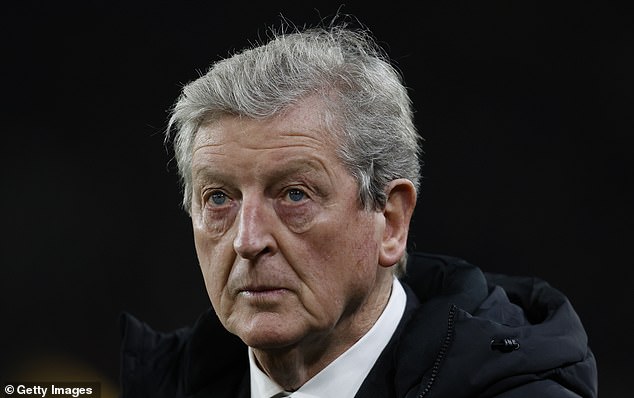 ‘But there are moments in time for footballers. This season, Wilf has been in superb form.

‘But there were years before, especially the United years, where perhaps he wasn’t the Zaha you see today. ‘Unfortunately national team selectors and football coaches don’t have crystal balls.’

Palace certainly tried to mark the FA’s card. Numerous conversations were had with FA officials including director of elite development Dan Ashworth.

They later had a direct line to Gareth Southgate, an ex-Palace player and teammate of Pardew’s.

Pardew, now an advisor to Bulgarian club CSKA Sofia, publically warned England would be making a ‘big mistake letting him slip through the net.’

Parish said ‘the whole England set-up gave Wilfried no love,’ also suggesting they paid less attention to players at ‘less glamourous’ clubs. The overlooking of Zaha also frustrated some of his Palace teammates.

Parish said, following Zaha’s final decision: ‘Anybody who watched Wilfried will tell you that some of the things that he does are ludicrous. Do we not want that? I can’t believe there was not a role for Wilfried at England. 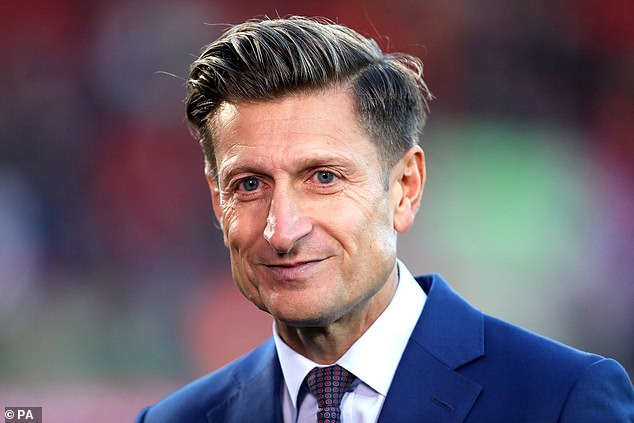 ‘It is devastating for us as we always thought we would see him in an England shirt. We need to learn their lessons. We need to capture all the talent we can and give it some love. You would not see Brazil let a player like that go.’

By the time he spoke to Zaha after landing the job full-time – ‘he was the first player I went and saw when I got the job permanently,’ Southgate said – it was too late for Zaha to keep the England option open. He had already given Ivory Coast his word.

By then there was also already a feeling Zaha faced an uphill task to win a disappointed Southgate round anyway not only because of the competition but having been one of the players he referred to when he spoke of those who ‘did not necessarily buy into what we wanted to do’ while he was under-21 manager.

There were no doubts about his commitment at Palace. And Southgate’s later claim that he did not realise Zaha’s future was on a ‘disappearing egg timer’ was also rejected by the player and Parish and fuelled a sense that England expected players to wait around until they are eventually called and be willing to drop everything when they are.

That approach did not account for the lure that playing for his homeland had for Zaha and the contrasting lengths Ivory Coast were going to while refusing to take ‘no’ for an answer. 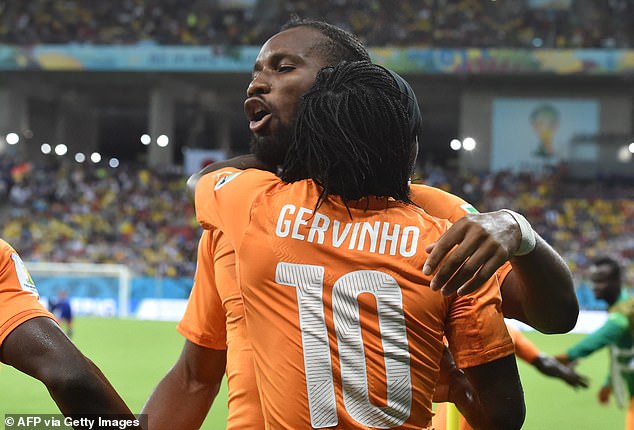 In the end Zaha’s decision was straightforward. Commercially playing for England has obvious benefits. Logistically it is easier too.

But Zaha receives the sort of love and adulation from his homeland that would flatter any player and he would only get a fraction of here.

When he landed back in the Ivory Coast ahead of his first appearance there, the reaction was likened to the frenzied crowd scenes in certain foreign countries when a big new signing arrives at the airport.

Every time Zaha returns he has continued to be treated like the top-flight star he is, the locals revelling in a rare opportunity to see him in the flesh. 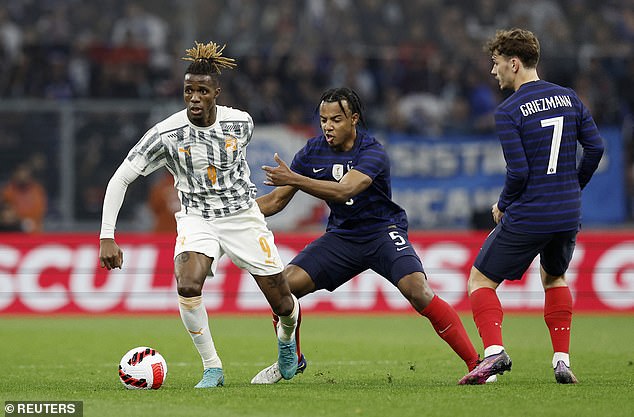 Not playing Zaha enough comes with consequences for Ivory Coast manager Patrice Beaumelle such is the demand for his involvement.

Meanwhile, his football status combined with representing Ivory Coast could create opportunities for Zaha later down the line that could never come his way in England.

See the influential figures off the pitch that the likes of Drogba, Cameroon’s Samuel Eto’o and Liberia’s George Weah have become in their respective countries.

Facing England at Wembley will be a special occasion for Zaha, an opportunity on the big stage against lauded opponents that he is relishing though he is unlikely to celebrate if he marks it with a goal.

Because there will be mixed emotions involved when the two countries he is grateful to for differing reasons meet.