Home » Soccer » ‘Will they change the All Blacks?’: NZ great slams push for All Whites name change

New Zealand’s greatest goal scorer has slammed the prospect of the national team ditching its nickname of the All Whites due to racial connotations.

New Zealand Football, the game’s governing body in the country, is looking to drop the long-held nickname of the senior men’s national team due to “cultural inclusivity” reasons. The organisation has reached out to stakeholders for feedback on the name, which has been used for almost 40 years. 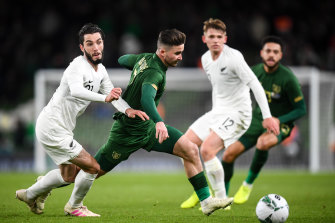 A clash between New Zealand and Ireland at the Aviva Stadium in Dublin in 2019.Credit:Getty

However, some of the country’s greatest players have defended the name, which they believe has no racial overtones. Vaughan Coveny is the record goal scorer for New Zealand and the side’s third most capped player.

“I am a bit of traditionalist, I played there for many years and I am surprised they want to do that. It sort of baffles me why they want to go down the track. Will they also then change the All Blacks?” Coveny said. “What’s the need to change it? It’s been like that for many years. It’s about the history, the sport and how far it goes back.”

The All Whites is a reference to the country’s most famous team, the All Blacks in rugby. The name first appeared in the build-up to New Zealand’s first appearance at a World Cup in 1982, when the team ditched its black shorts for a completely white kit. New Zealand have not changed their uniform since.

“The All Whites have always been the New Zealand soccer team, ever since I was a kid,” Coveny said. “From the day you’re born you’re brought up with it, you go through your years playing soccer and looking up to that.”

New Zealand’s greatest player was also against the name change. Former Bundesliga star and Oceania Player of the Century, Wynton Rufer, is of Maori descent and doesn’t see any racial connotation to the name. Speaking to local media, he said a name change would ignore the history of the national team, which has qualified for two World Cups. 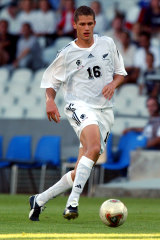 “It’s all associated with the All Blacks and it’s all about success, winning and unity, and all those good messages,” Rufer told Stuff NZ. “I’m Ngati Porou and watching the All Blacks and the way they dance and skip around on the field because they’ve got brilliant footwork, that’s how I tried to play football with magic and flair and that comes from my upbringing as a Maori from my mum’s side. There was never any racism there and around the name. It’s synonymous with the name the All Blacks.”

NZF is yet to decide whether to drop the All Whites brand but confirmed it was exploring alternatives.

“New Zealand Football is on a journey around cultural inclusivity and respecting the principles of Te Tiriti o Waitangi,” an NZF statement said. “As part of our delivery and sustainability project announced last year, we are in the process of working with stakeholders across the game, as well as people from outside football, looking at all areas of the organisation to make sure they are fit for purpose in 2021 and beyond.”

The All Whites aren’t alone in having a nickname derived from the All Blacks. The Black Sticks are New Zealand’s hockey team, the Tall Blacks are the basketball side and the nation’s ice hockey team is the Ice Blacks.

Sports clubs are becoming increasingly aware of cultural sensitivity related to branding and names. The Canterbury Crusaders Super Rugby club dropped the knight and shield from its logo in the aftermath of the 2019 Christchurch massacre. In the US, the Washington NFL team ditched its “Redskins” logo featuring a Native American chief. The Cleveland Indians baseball team also abandoned its cartoon Native American logo.

Hasenhuttl heaps praise on Minamino as he for his Southampton debut