Arsenal star Willian has infruiated fans after stats showed he made two forward passes in 65 minutes against Aston Villa.

Willian made an instant impact on his Arsenal debut in September with two assists against Fulham.

But his form has dropped markedly in the games since then, having little influence on matches yet still earning trust from manager Mikel Arteta.

Then in Arsenal’s worst performance of the season so far, Willian was once again below-par, passing the ball forward on just two occasions according to Opta stats, before being replaced by Nicolas Pepe with 25 minutes to go.

And unsurprisingly the 32-year-old, who signed a three-year deal in the summer, came in for heavy criticism from supporters. 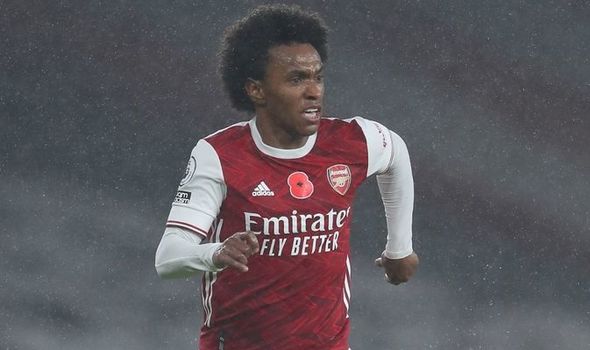 One fan said: “I don’t know if I should laugh or cry. Start [Reiss] Nelson please.

While another added: “It’s criminal to say Pepe need to earn a place when the guy in front plays like this.”

And another joked: “If you turn your phone upside down it’s a half-decent LCB pass map.”

Speaking after the match, Arsenal boss Mikel Arteta admitted he will use the international break to consider his options in attack. 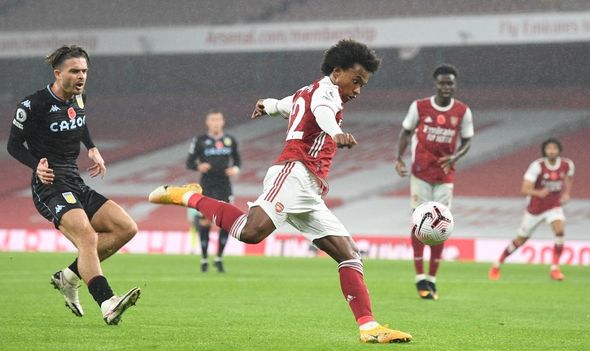 “We do that every week. You know, [look at] how we can get into better positions in the final third, with certain numbers in the positions that have to be occupied all the time,” he said.

“The same for how we control the transition moments after not finishing that action when the ball leaves that box.

“Certainly, as you said, we will look at that again and try to modify certain things to try and get better like we always do.

“That’s my job, to get the best out of the players and put them in the best possible scenarios as much as possible.

“If they are not performing then it’s because we have to help them more.

“We will consider those things when we look back on all of the games that we’ve played since the last international break.

“It will depend on who is in good form, who is in good spirits and how the boys react to that defeat as well. We’ll try to make the right adjustments.”