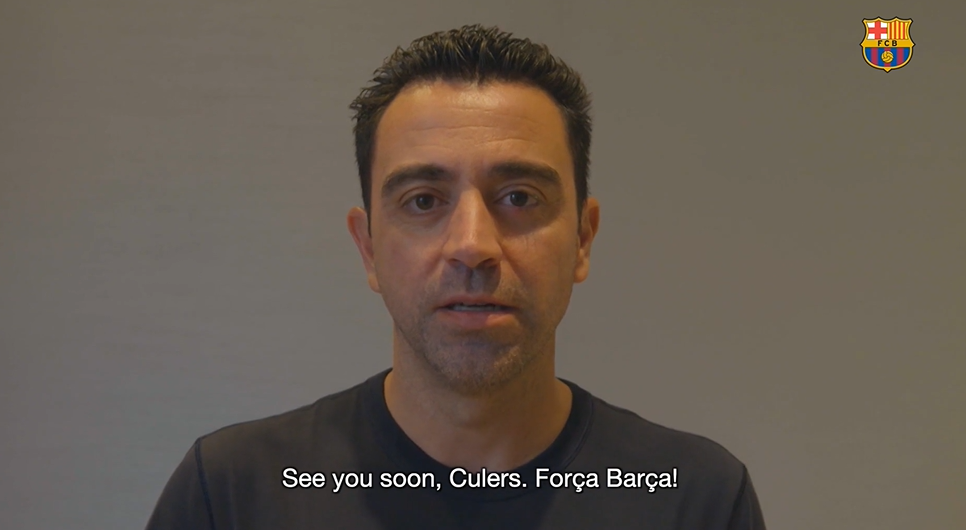 Xavi has been appointed as Barcelona’s new manager on a two-and-a-half year deal.

The Spanish legend said his goodbyes to Qatari side Al-Sadd on Friday ahead of his return to the Nou Camp.

Xavi is one of Barcelona’s biggest legends, with his tally of 767 appearances onlu bettered by fellow all-time great Lionel Messi.

The 41-year-old, who replaces Ronald Koeman in the Nou Camp hot-seat, won 25 major trophies during his 17-year spell at Barcelona, including eight La Liga titles and four Champions Leagues.

After Barcelona confirmed the appointment of their new manager, Xavi said in an emotional video: ‘It wasn’t goodbye. It was see you soon.

‘The Camp Nou has always been my home. You’re my fans, my people, the club that I love the most. And now, I’m coming home. See you soon, Culers. Forca Barca!’

Barcelona said in a statement: ‘FC Barcelona have reached an agreement with Xavi Hernandez for him to become first team coach for the rest of the current season and two more seasons.

‘Xavi, a youth team product at Barca, has left his current club, Al-Sadd of Qatar, after talks held over the last few days with the owners of the club.

‘It is expected that Xavi will arrive in Barcelona this weekend and that on Monday 8 November his presentation as new FC Barcelona first team coach will take place in an event open to the public at Camp Nou.’

Solskjaer and Henderson disagree over plans for Man Utd No.1 next season

Mikel Arteta admits he is worried by Arsenal's 'two faces'