Paris Saint-Germain believe they can learn from their run to the Champions League final and become European champions after going closer than ever in Sunday’s 1-0 loss to Bayern Munich.

The French title-winners missed their chances and then ran out of steam and ideas after the break, their former youth academy graduate Kingsley Coman – who left the club in 2014 as a free agent to join Juventus – heading the winner just before the hour.

“We have to create a great team to follow up on this campaign, that’s our challenge,” coach Thomas Tuchel told a news conference. “I’m going to talk with [sporting director] Leonardo and the people in charge to create that team.”

“But from tomorrow, at least myself and I’m sure my team–mates as well, we’re going to start again. We’ve built something very, very important for the club.”

Tuchel said the final could have gone either way.

“It was a fight. We gave everything, we left our hearts, everything, on the pitch. You can’t control the result,” he said.

“I had the feeling the first goal would decide the final. I’m disappointed, but not too much. We were very, very close.

“What did we need to win? The first goal. If we had scored the first goal we would have won the game with the same scoreline,” he said.

However, the strikeforce of Neymar and Kylian Mbappe failed to deliver in the club’s first Champions League final. 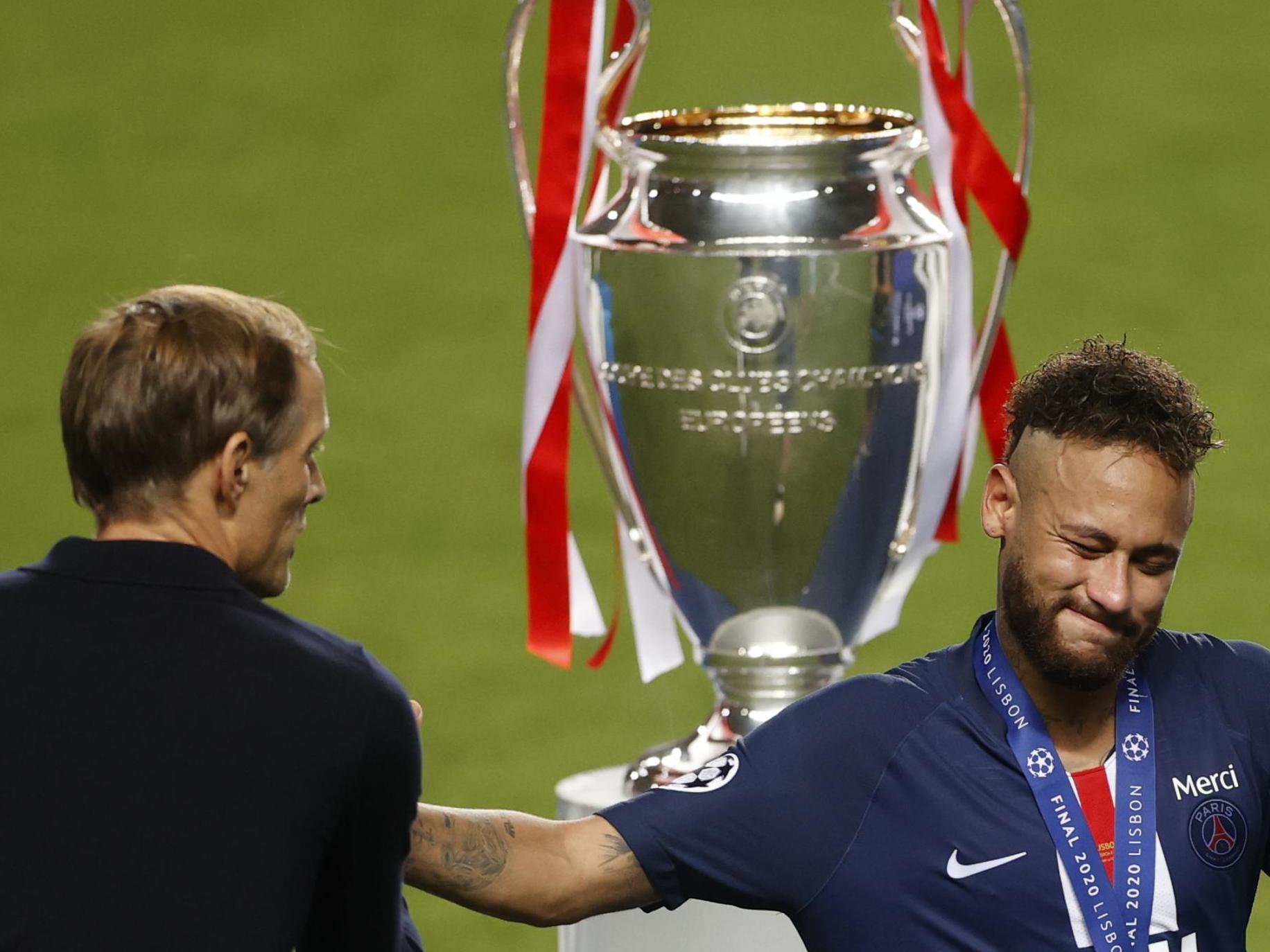 The duo, recruited for a combined €400 million, have not scored in the ‘Final Eight’ tournament in Lisbon from 23 shots between them.

Tuchel, though, refused to blame the pair for the defeat.

“Neymar has had a great tournament, he cannot do everything,” the German said. “Mbappe, it’s a miracle that he was with us after sustaining a serious [ankle] injury [in July].”

“We’re a team, it’s not any individual’s fault,” added midfielder Marquinhos. “We have to be proud of our team. Nobody thought we’d do that well in this campaign. We’re disappointed because we wanted more, but we need to continue like this, to make sacrifices, to work for each other. We have to think about the next campaign and see what we can do better.”

Whether it will be with Tuchel is anyone’s guess.

Asked if he would still be in charge next season, he said: “I have a contract, that’s all I can say.”