Real Madrid put one foot in the Champions League semi-finals with a convincing 3-1 victory over Liverpool last night but boss Zinedine Zidane then hinted that his future could lie elsewhere. The Frenchman’s second spell at the Bernabeu has not been as successful as his first and his head has been turned.

Zidane has been linked with taking charge of Juventus as they have failed to win the Champions League in recent years, despite substantial investment.

Cristiano Ronaldo was signed to bring glory on the European stage and his goalscoring exploits across the continent have continued.

But still, Liverpool and Bayern Munich have dominated, leaving the rest of the club’s in their wake.

Sky Italia was covering Real’s win over Liverpool and had Alessandro Del Piero, Zidane’s former Juventus team-mate, as a pundit.

“Do I miss more Italy or Del Piero? Both, Italy is in my heart, I spent five years in Turin and Juventus is still important to me,” Zidane said. 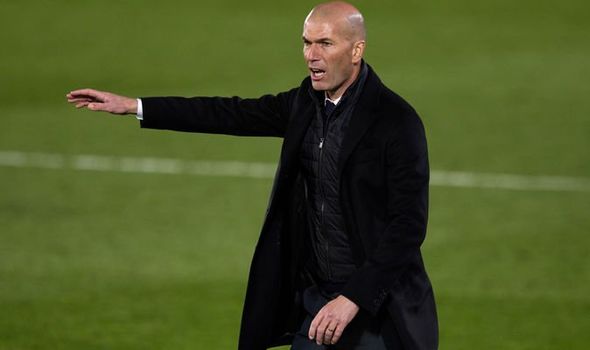 Does that mean he could see a future in Serie A?

“We played many years together. I like what I do, but it is difficult to do better. I try, I have the equipment to do it.”

Not many managers admit they could leave the club moments after winning a Champions League quarter-final tie.

Vinicius Junior and Marco Asensio had given Real a 2-0 half-time lead against Jurgen Klopp’s side.

Mohamed Salah pulled a goal back shortly after the break before Vinicius grabbed his second of the evening to restore the hosts’ two-goal advantage.

Klopp told BT Sport: “If you want to go to the semi-finals you have to earn the right to do so. We didn’t do that tonight, especially in the first half.

“The only good thing I can say about the game apart from the goal we scored is that it’s only the first half of the leg. We just didn’t play good enough football tonight to cause Real Madrid problems.

“I really thought that would’ve been possible but now we have to show it in the next game. We cannot show it anymore tonight. We made it too easy for them, that’s the main thing. 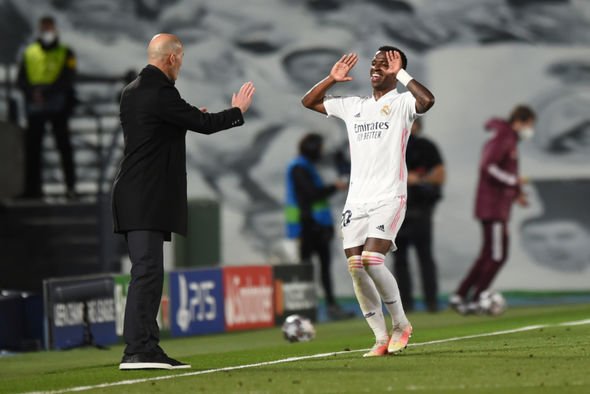 “The goals in the end, they were the quick-thinking of Real Madrid and we were a little bit late. These mistakes can happen.

“I wasn’t happy with the way we played football when we were in possession. We had to play better football. We didn’t deserve a lot more tonight. The goal we scored in the second half was OK and gives us a lifeline.

“Intensity with the ball especially [we need more of in the second leg]. You can’t defend the speed of Real Madrid when you give them the ball in the wrong moments.

“If you lose the ball and you lose it in the right moments, you are in formation, you play counter-press, can win the ball back.

“We lost the ball in the wrong moments with so many easy passes. We passed the ball to their feet. Then you have these really quick and world-class players in one-on-one situations.

“That is not good. We have to be in possession much better and defensively as well. It’s not about the last line, it’s about what we do in front of that.”

Norwich swoop in the transfer window as they sign Danel Sinani