India is only the second country in the world after the United States to record more than 5 million cumulative cases. 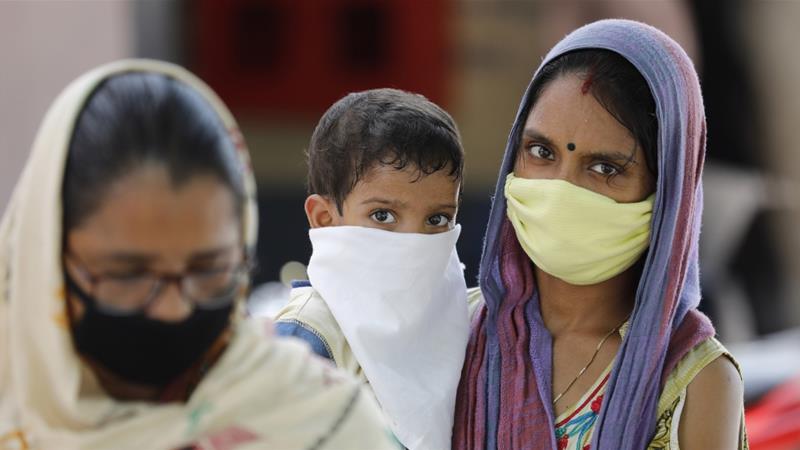 India’s coronavirus cases surged past 5 million on Wednesday after the federal health ministry reported a single-day jump of 90,123 cases over the last 24 hours.

India is only the second country in the world to confirm more than 5 million cumulative cases, after the United States.

The country’s death toll from COVID-19 rose to 82,066, the ministry said, after an additional 1,290 people died from the disease.

India’s caseload is closing in on the US, which has reported more than 6.6 million cases, and with the outbreak still spreading is expected to surpass it within weeks.

India reported a record daily high of 97,570 cases on September 11 and has added more than 1 million cases this month alone.

Experts warned that India’s case fatality rate could increase in coming weeks with lockdown restrictions relaxed except in high-risk areas.

But authorities ruled out imposing a second countrywide lockdown as recoveries were growing at more than 78 percent.

The case fatality rate is 1.6 percent, far lower than 3 percent each in the United States and Brazil, according to the Johns Hopkins Medicine and University.

Dr Gagandeep Kang, an infectious diseases expert from Christian Medical College in the southern Indian state of Vellore, said that the number of cases increasing in India was inevitable.

But the country still had the opportunity to try and restrict cases through a strategy of testing and isolating the affected places.

She said that “the goal was for India to do enough testing to bring down test positivity rate, or fraction of tests that test positive to less than 5 percent or even less than 1 percent.”

Most of India’s deaths are concentrated in its large cities – Mumbai, Delhi, Bengaluru, Chennai and Pune. But smaller urban centres in Mahrashtra state like Nagpur or Jalgaon have also reported more than 1,000 deaths.

Health Secretary Rajesh Bhushan said on Tuesday that only about 6 percent of the coronavirus patients in India were on oxygen – 0.31% on ventilators, 2.17 percent on intensive care unit beds with oxygen and 3.69 percent on oxygen beds.

Maharashtra state with more than 1 million cases remains the worst affected region in India, followed by Andhra Pradesh, Tamil Nadu, Karnataka and Uttar Pradesh. These states account for more than 60 percent of coronavirus cases in the country.

The Health Ministry said 155 health workers, including 46 doctors, have died so far due to COVID-19.

India’s meager health resources are poorly divided across the country. Nearly 600 million Indians live in rural areas, and with the virus spreading fast across India’s vast hinterlands, health experts worry that hospitals could be overwhelmed.

Nationwide, India is testing more than 1 million samples per day, exceeding the World Health Organization’s benchmark of 140 tests per 1 million people. But many of these are antigen tests, which look for virus proteins and are faster but less accurate compared to RT-PCR, the gold standard for confirming the coronavirus by its genetic code.

With the economy contracting by a record 24 percent in the April-June quarter leaving millions jobless, the Indian government is continuing with relaxing lockdown restrictions that were imposed in late March. The government in May announced a $266bn stimulus package, but consumer demand and manufacturing are yet to recover.

A large number of offices, shops, businesses, liquor shops, bars and restaurants have reopened. Restricted domestic and international evacuation flights are being operated every day along with train services.

Schools will reopen for senior students from 9-12th standards for consultation with teachers next week. 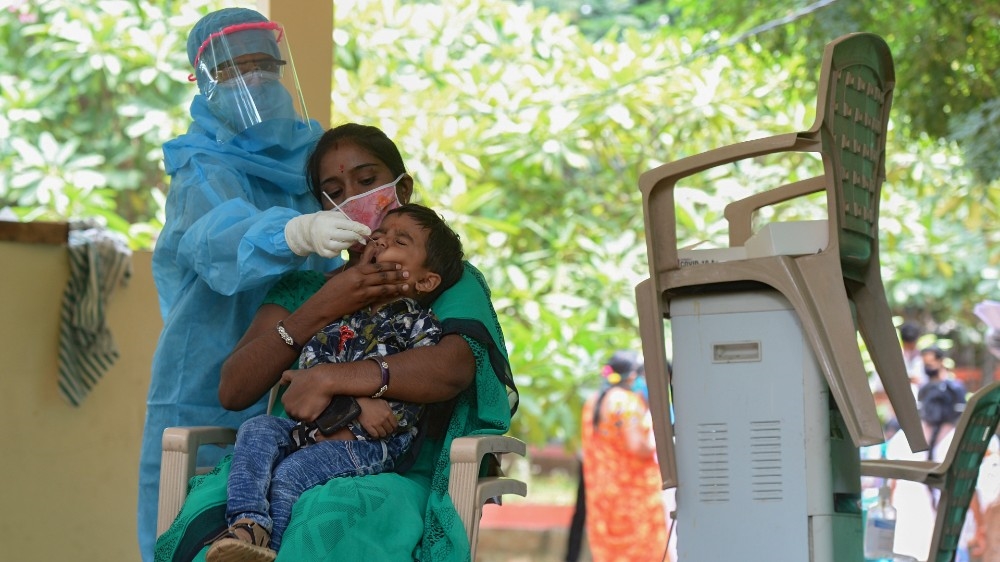