Jimmy Anderson reveals England have ‘stepped up’ Covid safety protocols but all players and staff ‘feel fine’, as they await PCR test results with the Ashes series on a knife-edge after four positive cases in camp

England plummeted towards another Ashes thrashing today while the whole tour remained on a knife-edge after four positive Covid tests within their camp.

Another disastrous Ashes expedition reached a new low as England lost four second innings wickets in a torrid end to the second day in Melbourne to finish on 31 for four and in danger of an innings defeat that would end their hopes after three Tests.

But more worrying was their health off the pitch after two members of the management team and two family members tested positive, resulting in a delayed start to the second day. 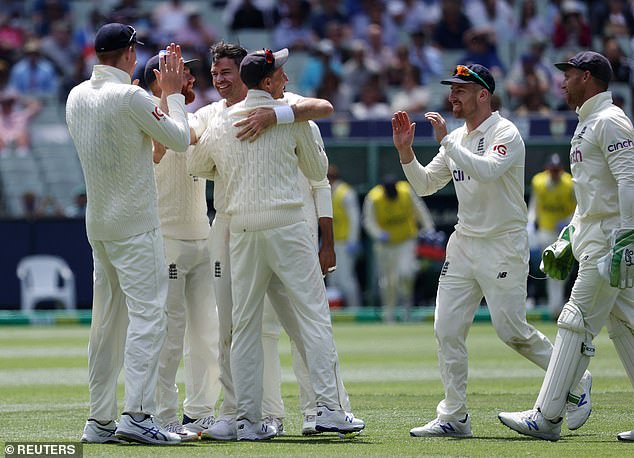 Now the whole squad will take PCR tests, with the results expected late Monday night UK time, which will determine whether there will be a premature end to the biggest tour of them all, just as there were to the trips to Sri Lanka and South Africa last year.

‘We got on the bus at the usual time at the hotel and then got told to get off it,’ said Jimmy Anderson, who provided the one ray of hope on the second day with yet another sublime performance to take four wickets in Australia’s 267.

‘Then all the lads went back to have lateral flows to make sure we were all okay. We were given the all-clear to come into the ground but it’s hard for me to say whether the tour can carry on or not. We’re all about to have PCR tests and we need all those to be clear. We’ll just have to wait and see what the results are from there. 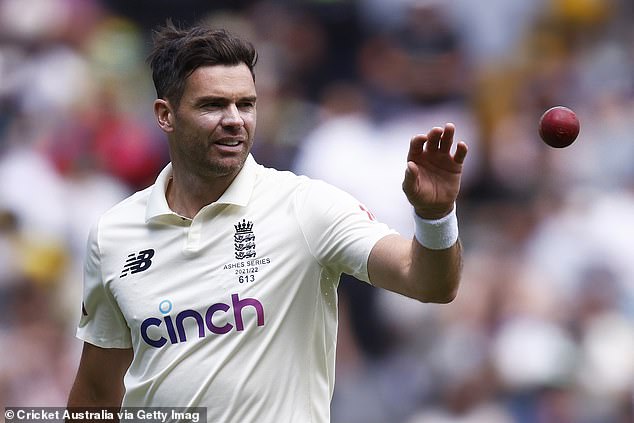 ‘We’ve not been told anything about the future of the tour up to now but as long as the group in at the ground today are negative I can’t see why we can’t carry on. As far as I’m aware the whole playing group and the management at the ground today feel fine.

‘We’ve stepped up the safety protocols around the dressing room, wearing masks and keeping distance whenever possible as well. So if there is any infection around the group hopefully it’s not spread.’

Anderson, who, at 39, now has a better Ashes bowling average away from home, was delighted with a display that again saw the England attack do their jobs before being again let down by their batsmen.

‘I thought we did really well to stick at our task with the ball throughout the day and I thought we were really good at sticking to the lengths we talked about and the pressure we wanted to create. We got our rewards and were pleased with their score. If we’re honest we should have got somewhere near that in our first innings. 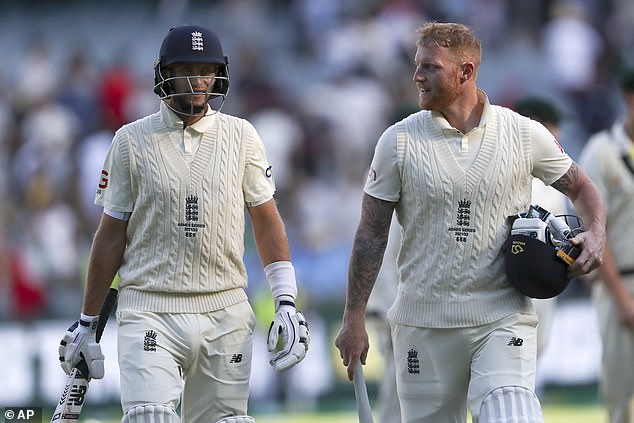 Despite his comments, the most prolific seam bowler in world Test history played down any suggestion of rifts in the England camp between batters and bowlers.

‘It’s dangerous as a bowler to talk about our batting,’ he said. ‘We’re a team and we’re all working hard to put in some much better performances as a group. All I can see from the batting group is how hard they’re working to put things right but it can be very difficult in foreign conditions against a quality attack. I don’t want to get into bowlers versus batters. We’re all trying to make it better.’

But he felt a display which saw him take four for 33 was among the best against Australia in even his long, illustrious career.

‘It was right up there,’ added Anderson. ‘It’s definitely the best I’ve bowled out here since 2010-11. I didn’t feel great yesterday but I changed ends and felt in a much better rhythm. I felt like I was challenging and there was a spell when I felt like I’d get a wicket every ball. To bowl them out for a reasonable score was pleasing as well.’