Australia take on Sri Lanka in Perth needing a result and performance to get their 2020 T20 World Cup campaign up and running, with no room for error after a shock opening night loss to India. FOLLOW LIVE! Australia take on Sri Lanka at the WACA tonight in both team’s second group stage fixture. And to say this is a must-win clash for the Aussies is a grand understatement.

After failing to pick the wrong-uns dished up by India on Friday night and ultimately succumbing to a 17-run loss, the green and gold will be seeking redemption against the spin-heavy attack of the Sri Lankans.

Watch every T20 World Cup match LIVE on Fox Cricket. Either subscribe to Foxtel for all your cricket action or stream all the games live on Kayo Sports

The danger player for the Aussies is captain Chamari Atapattu, a crafty spinner who is equally damaging with the bat.

At first look, this appears to be a David and Goliath battle: the world’s No. 1 cricket team taking on the world’s No. 8 side. Sri Lanka has never beaten Australia in any format of the women’s game. 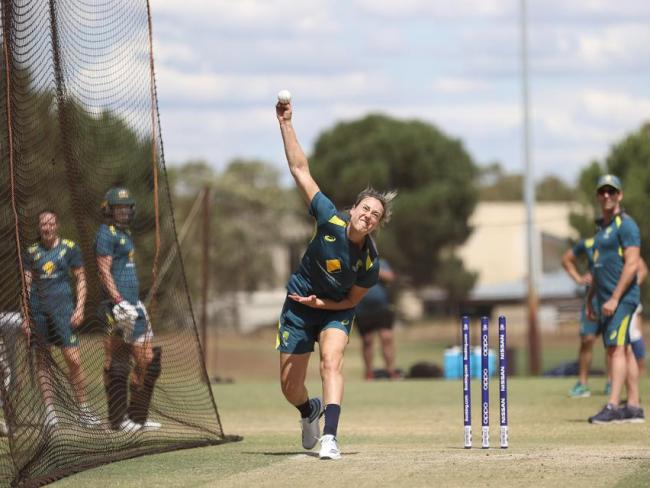 But upsets are not as unusual in the fickle format of T20 cricket as longer forms of the game, and Australia will be well aware that if they lose this one, their campaign to make the semi-final – let alone the final at the MCG on March 8 – is essentially toast, because only the top two teams from each pool will make the finals and India and New Zealand have already chalked up their first win.

There is one sigh of relief coming out of the Aussie camp today, with the news that the original forecast for up to 20mm of rain in Perth today has been downgraded.

That is vital, as a washout would see the points shared and a point lost to Australia that their rivals are unlikely to concede against Sri Lanka in match play.

Australian captain Meg Lanning will be playing her 100th T20 international. After making only five runs against India in game one, she’ll be one of many Australian players looking to make a positive statement tonight.

TAB On The Punt: Nathan Exelbypreviews the meeting at Doomben