Ashes touring has not changed much. Here is Douglas Jardine on the Bodyline series of 1932-33. “As soon as we landed in Australia, two things were made extremely clear to us. The first was our chances of winning were hardly worth considering… we had one important function to perform – we were to supply opportunities for the cream of Australian cricketers to make or break records.”

Without their best all-round player, Ben Stokes, and their fastest bowler, Jofra Archer, it is likely that England will touch down in Queensland next month to a very similar welcome. The Australians will expect nothing less than to hand out a 5-0 drubbing in the series which begins on December 8. 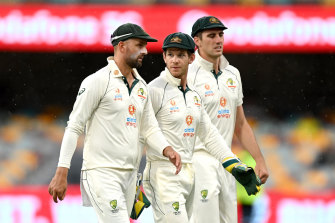 And, yet, while it would be delusional to claim that England are anything less than underdogs, the fact is that Australia also have cause to be nervous, given the cracks that have emerged in their own set-up.

One of the biggest is their sheer lack of cricket. Only one international team – Afghanistan – have played fewer Tests than Australia’s five since January 2020, with England having clocked up 21 in that time. Joe Root’s team have their flaws, but they are battle hardened and will be more in tune with the rhythms of Test cricket when they step on to the Gabba turf, not least because Australia will have no time to play Shield cricket after the end of the World Twenty20, and the proposed warm-up Test against Afghanistan in Hobart is set to be cancelled for political reasons.

Australia’s last outing at Test level should also encourage the visitors, given that they lost to India at home. Tim Paine’s team were outplayed, in the end, by a third-string side.

When Paine tries the hard Aussie schtick it just does not convince. He has never made a Test hundred and his hold on the captain’s job will be weakened if England start well. 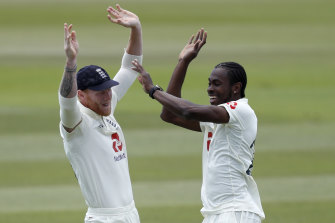 England will be without Ben Stokes and Jofra Archer for the summer Ashes series.Credit:AFP

Also, the relationship between head coach Justin Langer and his players is at breaking point, with reports swirling in August of senior members of the team being fed up with Langer’s abrasive style. Paine said “robust” discussions took place to clear the air. “He probably feels like the guys are stabbing him in the back. And that’s what it looks like,” teammate Usman Khawaja has said.

While the time spent apart since their white-ball tours to Bangladesh and the West Indies may have calmed the situation, it is not going to take much to gnaw away at this fractured relationship. A good start to the Ashes would pile the pressure on their notoriously volatile coach.

David Warner has been open in questioning how much longer he can continue playing all forms. He will see the Ashes as a last hurrah, but his technique was exposed by Stuart Broad in the last series.

It will be different on flatter home pitches and with the Kookaburra ball but, in Ollie Robinson, England have discovered a similar bowler to Broad who could cause Warner the same problems.

Will Pucovski had a good start before being injured and, like England, the opening partnership is not settled – Australia used five openers against India.

Steve Smith and Marnus Labuschagne can form a daunting brick wall but much rests on their shoulders, and, in the meantime, England can chip away at the rest. Cameron Green is the young, exciting and talented all-rounder Australia have lacked, but has no experience of Ashes cricket.

Little has changed from four years ago when it was Australia’s unremitting pace bowling that was the difference. Josh Hazlewood and Pat Cummins are outstanding, but Mitchell Starc will need to be rotated and the third seamer will be the big decision for Australia – but at least they have pace.

England had hoped to field similar firepower, but Archer’s elbow injury has wrecked that.

Ultimately, Australian confidence is well-founded. England have not won an Ashes game away from home since January 2011 (10 Tests ago), and could only draw 2-2 in their own conditions two years ago when Archer was fully fit, and Stokes was in superhero mode. England will also have the stresses of bubble life to contend with, even if concessions have been made with regards to their families.

After the vacillating over whether to travel at all, England must refocus quickly because December 8 is not far away. As Michael Vaughan wrote last week, they have no chance in Australia unless fully committed to winning, but there is at least a chance – whatever the locals may claim.