I want to be top of the Billings! Sam insists the best is yet to come as he sets his sights on 2023 World Cup after returning to England’s one-day side to hit a match-winning half-century against Ireland

Sam Billings has set his sights on the 2023 World Cup after marking his return to England’s one-day side with a match-winning half-century against Ireland.

He got his chance after county team-mate Joe Denly suffered a back spasm in training, and responded with a superb career-best 67 not out from his preferred position at No 5 – a spot he had not filled in 15 previous ODIs.

‘I think I have averaged over 50 batting at five for Kent, at a strike-rate of 120,’ he said. ‘It’s a role I really enjoy: I’ve done it consistently, and I know how to go about it. I proved that on Thursday.’ 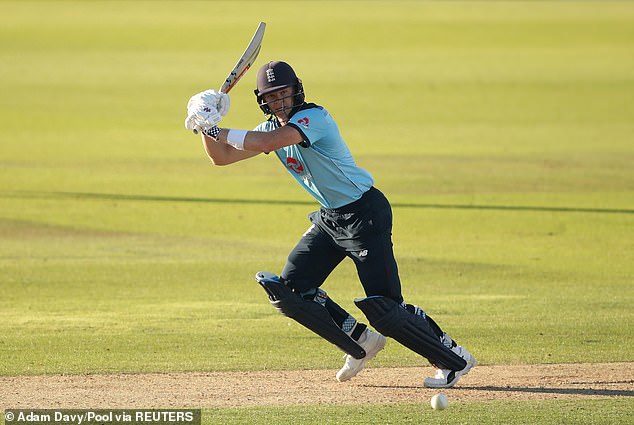 With Denly ruled out of the series, and replaced in the squad by Lancashire’s Liam Livingstone, England were considering naming an unchanged team for today’s second game at their Ageas Bowl bubble. That would give Billings another chance to show off the deftness that brought him a pair of reverse-swept boundaries off spinner Simi Singh.

And with Eoin Morgan’s side set to defend their title on Indian pitches in three years’ time, Billings is hoping his experiences at the IPL will leave him well placed to make up for last summer’s disappointment, when his chance of making the squad was dashed by a dislocated shoulder.

‘My game against spin is something I can potentially offer compared with other players,’ he said. ‘I’ve benefited from all my different franchise experiences, but specifically the IPL and the relative success I have had on turning pitches in Chennai and Delhi.’ 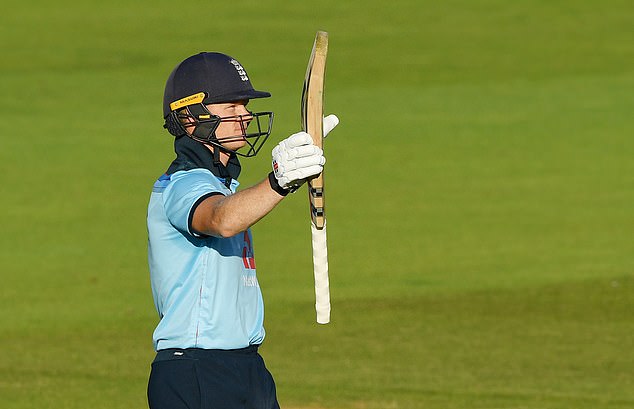 While it’s true that 19 IPL innings across three seasons have brought him only three scores above 27, the 29-year-old Billings – regarded highly enough by the management to have been made vice-captain for the T20 series in New Zealand last year – believes his career is entering a new phase.

‘Look at Morgs [Eoin Morgan] over the past couple of years: he’s probably played his best cricket. I see this as just a starting point. I have easily my best cricket ahead of me.’

Billings had opted out of this year’s IPL even before it fell victim to the coronavirus pandemic, and has been working on correcting a technical flaw in which he dropped his hands too early, leading to tangles against the short ball. ‘It’s been a minor change but I’ve seen a lot of positive stuff out of it,’ he said.

Ireland seamer Barry McCarthy underwent a scan on his knee after hobbling out of the first game in the first over of England’s chase, and was left out of a 14-man squad for Friday’s match. 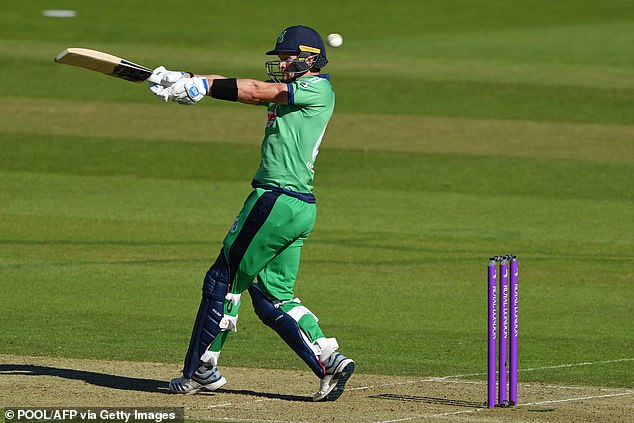 Meanwhile, England have insisted that the government’s new lockdown measures for parts of the North-West, including Manchester, will not affect Wednesday’s first Test against Pakistan.

Assuming all the players pass their latest round of tests for Covid-19, due to take place on Saturday, they will return to the biosecurity of Emirates Old Trafford on Monday after four days at home.

The management are confident that the continuation of the bubble in operation during the series against West Indies will protect them from the recent spike in cases in Greater Manchester and beyond.

ECB confirm that County cricket will resume from August 1