The banner attached to a plane that buzzed over Headingley on Friday was unequivocal: ‘Sack the ECB & save Test cricket’.

But if those behind the stunt had really cared about the fortunes of Joe Root’s team, they might have chosen a message with more immediate relevance.

As India’s top order battled to hold up England, one possibility sprang repeatedly to mind: ‘Keep it outside off stump to Pujara.’ 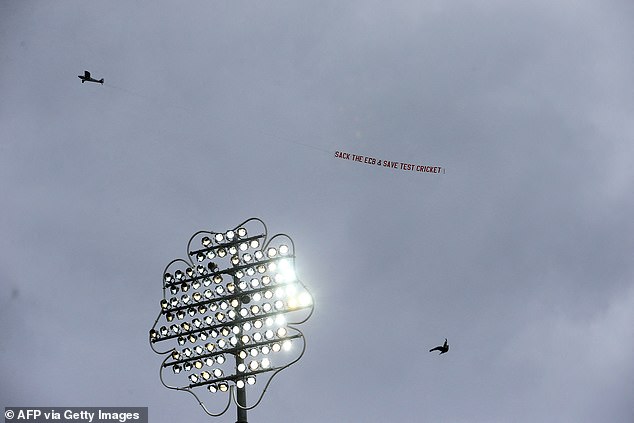 The banner that flew over Headingley read: ‘Sack the ECB’ but a different message was needed

It wasn’t quite as sexy, granted. And given Pujara’s recent travails in Test cricket, it might easily have been overtaken by events. But it’s possible this most careful of batsmen has never received as many deliveries on his pads as he did on the third day of another engrossing Test.

Time and again, England’s seamers strayed down the leg side, as if they had all read the bowling plans that morning in a mirror. Time and again, Pujara worked them to the fence, presumably unable to believe his luck in a country he has not always found profitable.

By the time he brought up his first half-century of the series — and only his fourth score of 50 or more in 26 Test innings in England — he had faced 91 balls.

That would be par for the course for many Test batsmen. For Pujara, it was more like a declaration of war. 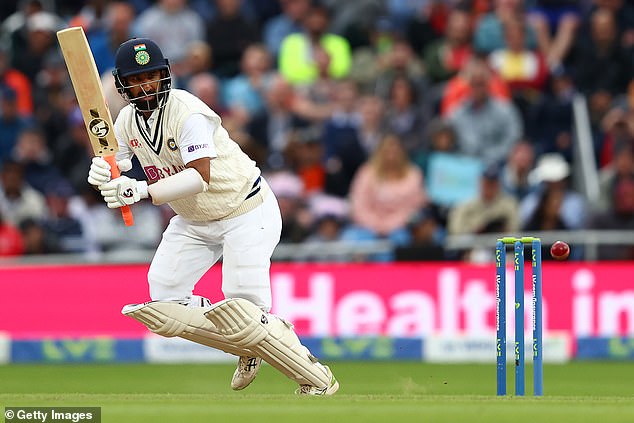 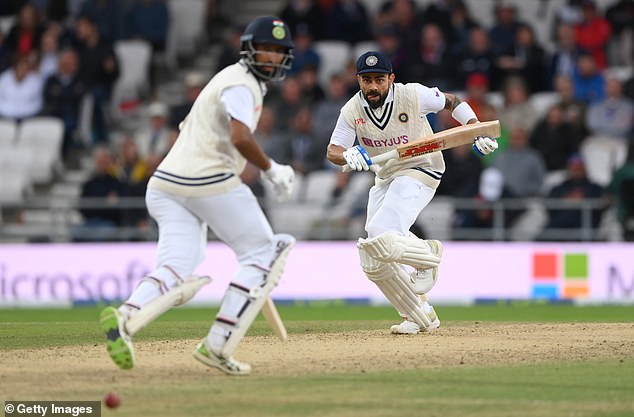 By stumps, he was on 91 off 180, eyeing up his 19th Test hundred, and had given India hope of pulling off the kind of miracle that Headingley has traditionally done better than anywhere in the world.

He arrived in England perhaps wondering why some memories were so short. The whisper from the Indian camp was that he was playing for his place, with Virat Kohli beginning to question his old-fashioned attrition in a team full of contemporary aggro.

Yet only a few months earlier, it was precisely that quality that had helped the Indians to a memorable victory in Australia, where Pujara soaked up 928 balls in four Tests, and wore many of them on the head, shoulders and ribcage.

While younger bucks wrote the headlines, he quietly fiddled with the grammar and checked for typos. His has always been the unglamorous existence.

Signs that he was starting to relocate his equilibrium had come on the fourth afternoon at Lord’s, when he and Ajinkya Rahane — India’s other low-ego veteran — batted a whole session for just 49 runs.

It took a brute of a ball from Mark Wood to prise out Pujara for 45 from 206 deliveries. But without his care and attention, the game-changing ninth-wicket frolics between Mohammed Shami and Jasprit Bumrah on the last morning would not have been possible. 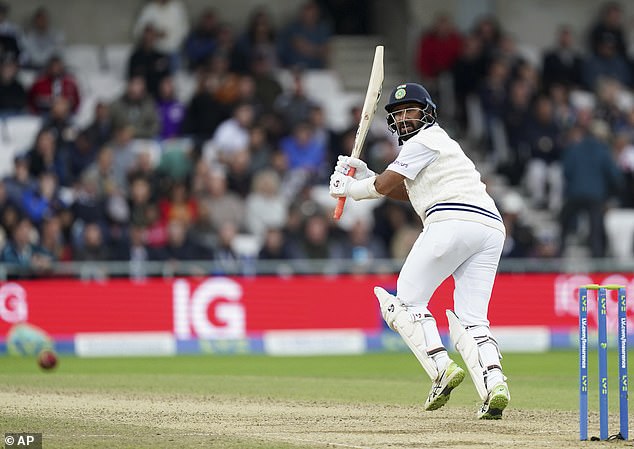 Pujara, 33, is a low-ego veteran and set about his work with aplomb in Yorkshire on Friday

If that was quintessential Pujara, uncomplainingly taking one for the team, then the version who on Friday made his highest Test score since January 2019 was a different beast altogether.

Emerging after lunch because of the dismissal of KL Rahul in the last over before the break, he got going with a whip through square leg off Jimmy Anderson, then collected another leg-side boundary off Craig Overton.

A third, again off his toes, came off Anderson, who in the first innings had found his outside edge during India’s procession to 78 all out.

On he went, tucking Sam Curran off his pads for four more, and contributing 44 to a second-wicket stand of 78 with Rohit Sharma, who cannot often have been outscored by his team-mate.

And when Anderson, who was not at his best — though England denied he had a niggle — was brought back into the attack, ostensibly to deal with Kohli, Pujara calmly worked successive balls to deep backward square and fine leg. 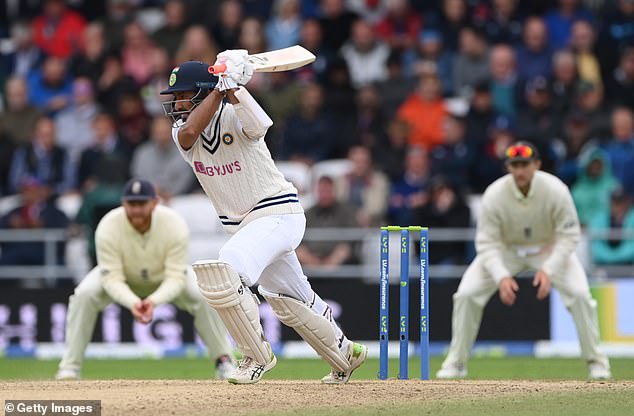 But on days such as these, where there is dirty work to be done and a game to be saved, then he looks very much the spiritual heir to Rahul Dravid, the Indian No 3 regarded as so impassable by opposition bowlers that he was known as ‘The Wall’. Brick by brick, Pujara mounted India’s resistance.

The only flourishes came when he turned his wrists to take toll of another leg-stump half-volley, but his concentration never wavered.

When Kohli greeted the sight of Moeen Ali and Joe Root bowling their off-breaks in tandem towards the close by summoning his dark-blue cap, Pujara remained resolutely in his helmet — as if removing it would have been a concession to frivolity.

Save Test cricket? Pujara was too busy trying to save the game. And, who knows: thanks to his diligence, India may even have a different outcome in mind.

Queen has power in Middleton Stakes