Paul Collingwood insisted England were ‘not going to change’ after they slipped to 116 for six on a rain-ruined first day of the first LV= Insurance Test against South Africa, with only Ollie Pope passing 20.

Although their collapse had more to do with the excellence of the tourists’ bowling than the flamboyance of the home batting, England’s assistant coach said the Test team would continue their new policy of aggression.

‘Everyone’s clear about how we’re going to go about our batting,’ he said. ‘That’s not going to change. We’re not always going to get it 100% right. 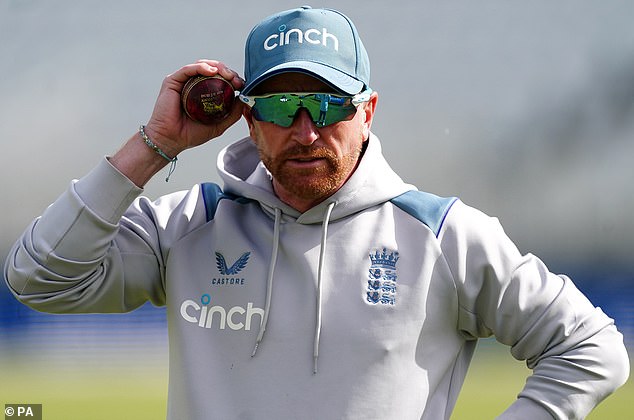 ‘On wickets with lots of assistance, we don’t want the bowler to think he can put it in the same area and get results. You’re always going to get tested. This is the exciting thing – we want to find ways to push the boundaries, be expressive and entertaining.

‘We’ve been in this position before and we have bowlers who can exploit favourable conditions. The exciting part is how we can get inroads with the ball.’

Meanwhile, MCC were left to defend its partnership with financial giants J.P. Morgan after two spectators unfurled a huge banner on the balcony of the Edrich Stand urging the company to ‘stop bankrolling new oil and gas’. The banner was removed, and the spectators ejected. 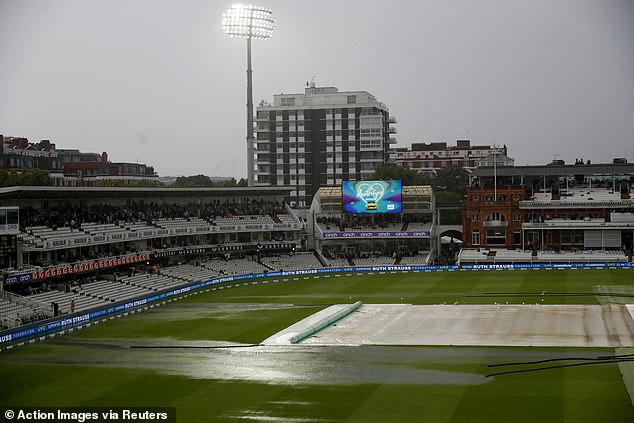 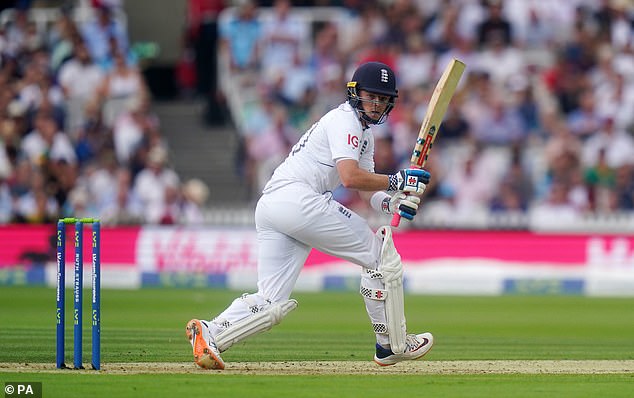 MCC said it ‘put sustainability at the forefront of its running of the club’, adding that the ground had operated on 100% renewable energy since 2016.

A spokesperson for J.P. Morgan, who sponsor the Lord’s media centre, told Sportsmail: ‘In 2021, we facilitated more than $100 billion for green activities like renewable energy, energy efficiency and sustainable transportation, doubled our green investment banking activity and were the largest underwriter of green bonds.

‘We are also taking pragmatic steps to meet our 2030 emission intensity reduction targets in oil and gas, electric power and automotive manufacturing, while helping the world meet its energy needs securely and affordably.’